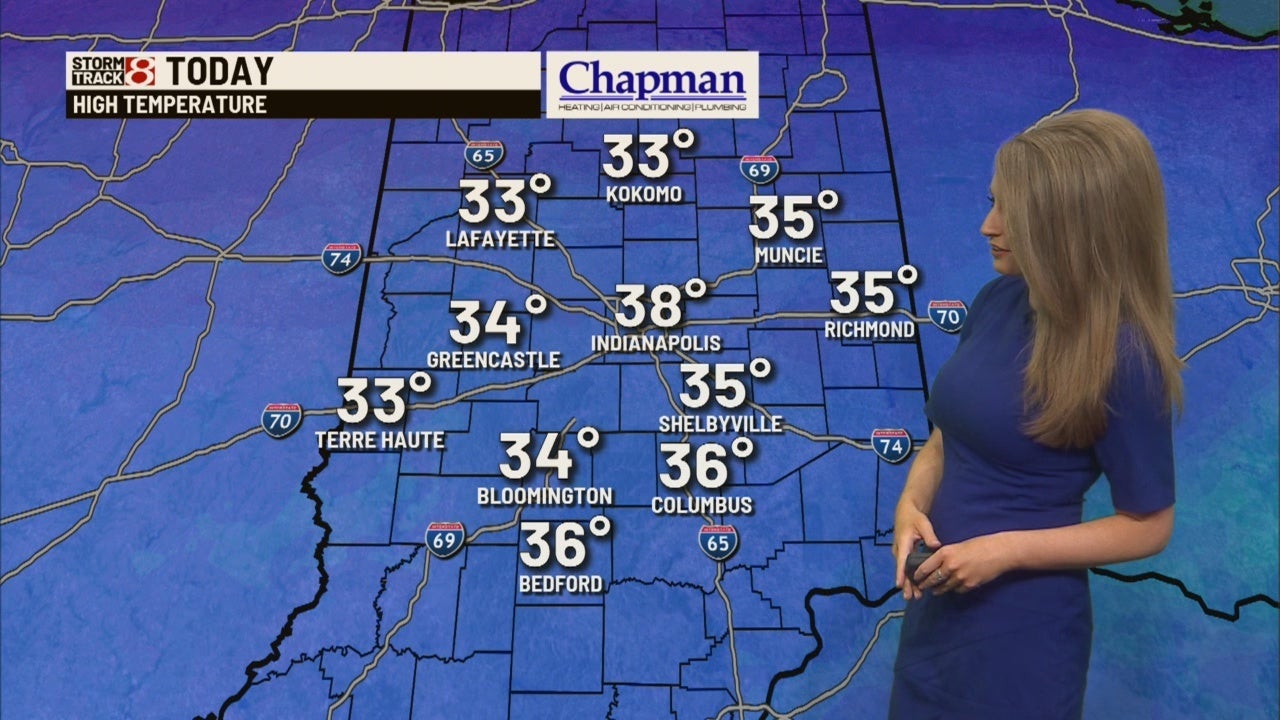 INDIANAPOLIS (WISH) – Cold start to the morning with temperatures in the mid-20s with feel-like temperatures in the teens. A few light flurries are possible Thursday morning in southern portions of the state if they manage to hold together. Mostly cloudy sky for the day with snow chances increasing Thursday afternoon. Snow and wintry precipitation stays from I-70 and points south.

Highs for Thursday will top out in the mid-30s. Snow will move out late Thursday evening and skies will partially clear overnight.

Friday will be a seasonal start to March with highs warming to the mid-40s with mostly cloudy skies.

This weekend will be a split one and cold. The better of the two days will be Saturday with partly sunny skies and highs in the mid-30s. Sunday will be a messy one with snow showers likely through the afternoon. Steady and at times heavy snow is possible with accumulations likely through the day.  Snow accumulation looks to be several inches. Snow will move out by midnight. Highs during the day will hit the upper 20s.

After the snow moves out, much colder air moves in with highs for the beginning of the work week struggling to make it to the 20s. Overnight lows will bottom out in the single digits. Some snow showers are possible Tuesday with a brief break on Wednesday. Snow returns for the second half of the work week with highs warming to the mid-30s.