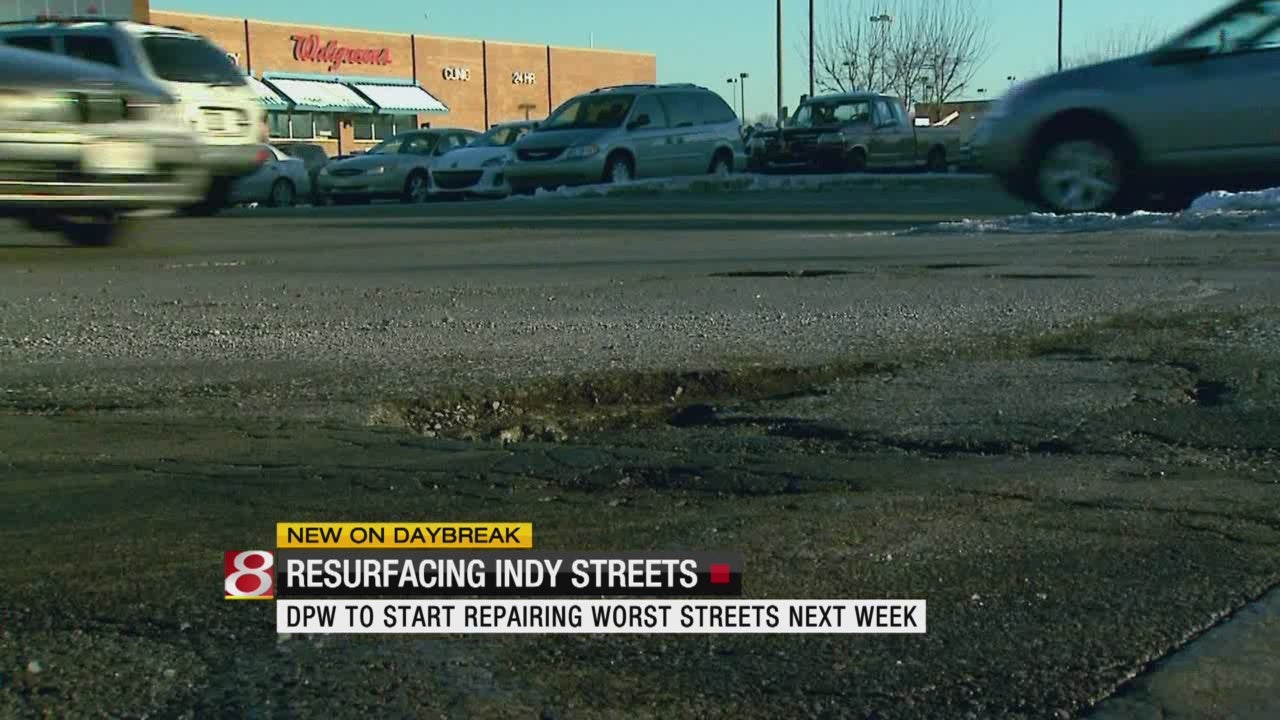 INDIANAPOLIS (WISH) – The brutally cold temperatures and this weekend’s snowfall have started to wear on the city’s roads. Drivers report noticing more and more potholes on Indy roads.

The Department of Public Works will start repairing the worst of the worst city streets the first week of March. The city is picking up where it left off last year.

Last summer, the City-County council approved $24 million in emergency resurfacing funding but by the time it got the work assigned, it was too later to get the work done before winter weather set in again.

The city hopes by starting early, they won’t run into that problem again.

“We’re getting to work as early as we can. We know there still a threat that we might get a winter weather system or two, but ultimately by starting these projects very early we’ll be able to get them done as quickly as possible,” said Scott Manning with the Department of Public Works.

Weather permitting, on March 2nd, crews will work on resurfacing the streets that have once again started to crumble under the wear of winter weather.

“After last winter, which was really historic with the amount of snowfall, and some of the potholes we experienced we found that there were a number of streets out there that were in such bad condition that simply patching potholes wasn’t going to be enough,” said Manning.

Manning said the city has received 5,000 fewer pothole complaints this year than last year. If you want to report a pothole click here.

Work will start the first week of March on the following:

Work will begin in the first two weeks of April on the following: