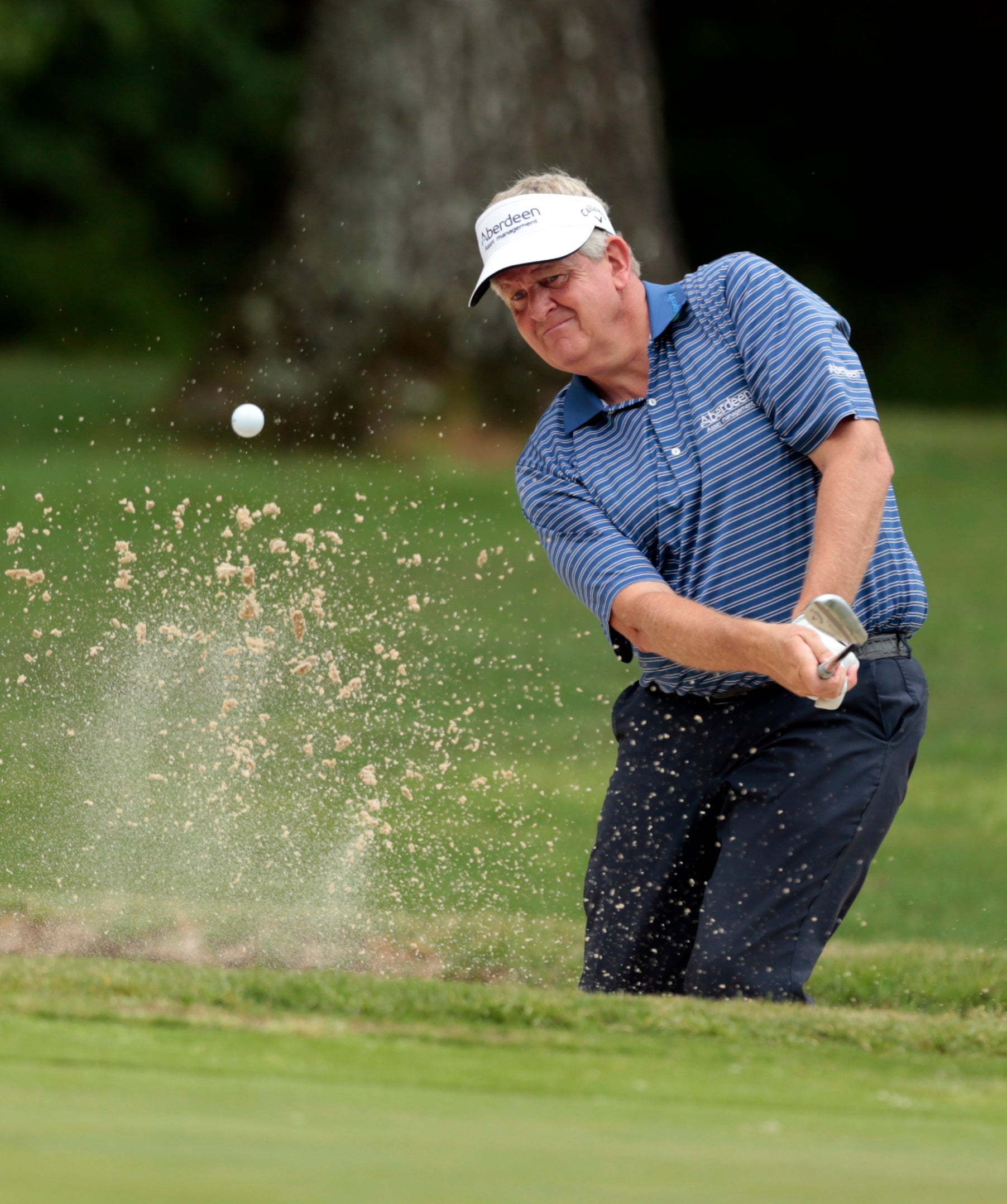 FRENCH LICK, Ind. (AP) – Defending champion Colin Montgomerie shot a 2-under 70 on Saturday on The Pete Dye Course at French Lick Resort to take a three-shot lead in the Senior PGA Championship.

Montgomerie birdied the par-4 18th to reach 5-under 211. The Scot won last year at Harbor Shores in Michigan, and also won the U.S. Senior Open in July in Oklahoma.

Bernhard Langer, a four-time winner in senior majors, was second after a 68. He eagled the 415-yard, par-4 eighth hole and closed with consecutive birdies after a bogey at the par-5 16th.

Scott Verplank, Esteban Toledo and Brian Henninger were tied for third at 1 under. Verplank shot 70, Toledo 73, and Henninger 74.

Henninger made a triple bogey on the 16th to drop out of a share of the lead. His second shot on the 539-yard hole darted right, into deep, deep rough and he had to declare his ball lost.

Second-round leader Tom Lehman had a 79 to drop into a tie for 13th at 2 over.