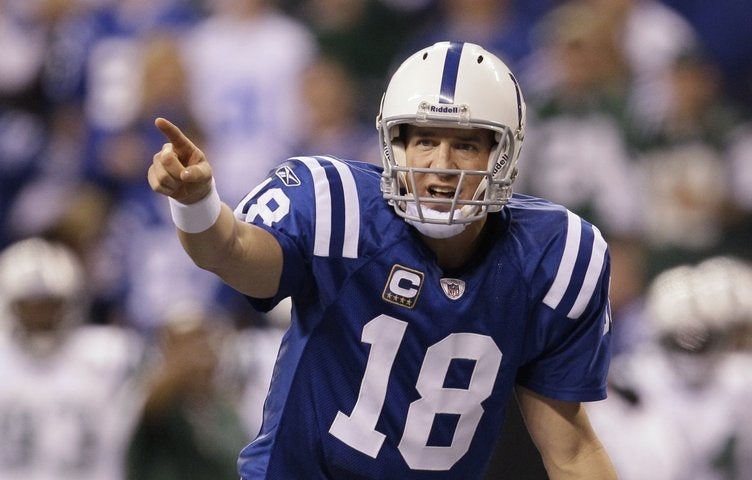 The newest Indianapolis Colts quarterback just wants to honor the old one properly – with a winning performance against San Francisco.

“I went to the Peyton Manning camp when I was in college,” Brissett said. “I enjoyed watching him growing up and I still do.”

Somehow, some way, Brissett has a knack for surrounding himself with success stories.

He was mentored in high school by Hall of Fame coach Bill Parcells, played for Bill Belichick in New England and served as an understudy to Tom Brady with the Patriots. Since being traded to the Colts on Sept. 2, Brissett has been cramming with Andrew Luck.

Now as Indianapolis celebrates its biggest star with a statue dedication, Manning’s induction into the Colts’ Ring of Honor and a jersey retirement ceremony, Brissett takes center stage with one of his childhood favorites in the crowd.

Brissett’s goal: get the Colts (1-3) playing more like Manning did all those years.

“You’ve got to find the good and learn from the bad and you’ve got to hone in on the fundamentals,” Brissett said. “I think all of our errors (last week) were self-inflicted, like me throwing the ball better. We’ve just got to work on it and grow.”

Perhaps no team understands how challenging it can be more than the 49ers, who are off to another rugged start.

They are one of four remaining winless teams, have lost 11 of their last 12 road games, and have the lowest-rated starting quarterback in the NFC: Brian Hoyer (67.9). Their last three losses have come by a combined eight points, and they’ve failed to score a touchdown in three of their first four games.

It’s a long way from the days of Joe Montana, Steve Young or even Alex Smith.

And it certainly doesn’t resemble the offensive juggernauts Manning presided over in Indy or in Denver.

“I know we’ve got to do better and we’ve got to clean a lot of stuff up,” 49ers coach Kyle Shanahan said. “But that’s the goal, to get better each week.”

Here are some others things to watch:

GORE-Y REMINDER: As Indy’s Frank Gore continues to climb the NFL’s career charts, he will face his former team for the first – and possibly – only time in his career.

The 34-year-old running back needs 4 yards to pass Hall of Famer Eric Dickerson (13,259 yards) and three carries to pass Edgerrin James (3,028) to move into seventh on the league’s career lists. But the 49ers career rushing leader also will get to see a few familiar faces.

“Shout out to Frank for doing it this long. Hopefully he doesn’t do it against us,” safety Eric Reid said. “He’s still doing it. He still has gas in the tank.”

HOMECOMING: Gore isn’t the only player having a reunion this weekend. San Francisco receiver Pierre Garcon returns to Indy, his original team, for the second time since signing with Washington in 2012.

Garcon had three catches for 9 yards in his only other meeting with the Colts in 2014. Garcon credits his time working with Manning, Reggie Wayne, Marvin Harrison and others for his NFL success, and is eager to see some familiar faces who helped him along the way.

“It’s always cool to go back where you started,” he said. “There’s a lot of staff that are still there. It will be good to see those guys.”

ALL OR NOTHING: The 49ers and the 2001 Redskins are the only teams over the last 27 seasons to fail to score a TD in three of their first four games. San Francisco scored five TDs in its other game, a 41-39 loss to the Rams.

The biggest issue has been in the passing game. Hoyer is ranked near the bottom of the league in every category and is one of two players (rookie DeShone Kizer) completing less than 60 percent of his throws while averaging less than 6 yards per attempt.

“He needs to play better, and I think we need to play better around him,” Shanahan said. “When you have the time and you’ve got guys open, you need to hit them. And I thought he struggled with that.”

STRANGE SEASON: Indy is hosting its third winless team in four weeks. Even odder: The combined record of those first five opponents is 1-9 going into the Colts game.

Indy lost to the Rams in the season opener, then hosted the 0-1 Cardinals and 0-2 Browns before visiting Seattle (1-2) last week. The Colts’ next three opponents are 5-7.AP Pro Football Writer Josh Dubow in San Francisco also contributed to this article.