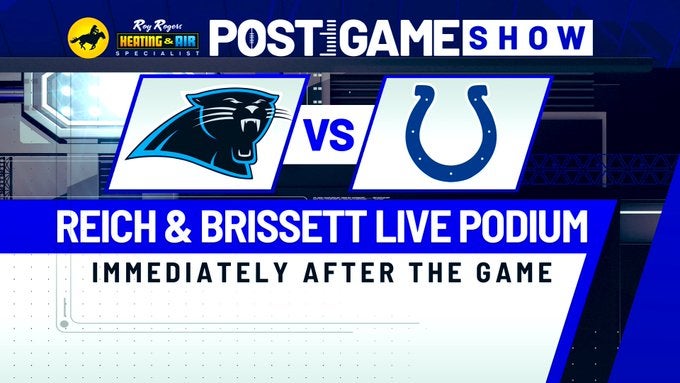 How would you grade the Colts’ performance against the Panthers? Vote in our poll:

The Colts went into the game looking to snap a four-game losing streak.

Indianapolis had given up 31 or more points in every other game they played in December, including 34 in a loss to the New Orleans Saints on Monday night.

Be sure to switch to WISH-TV right after the game for a live postgame show from with analysis from Anthony Calhoun and Bill Brooks and live podium Q&A from coaches and players!