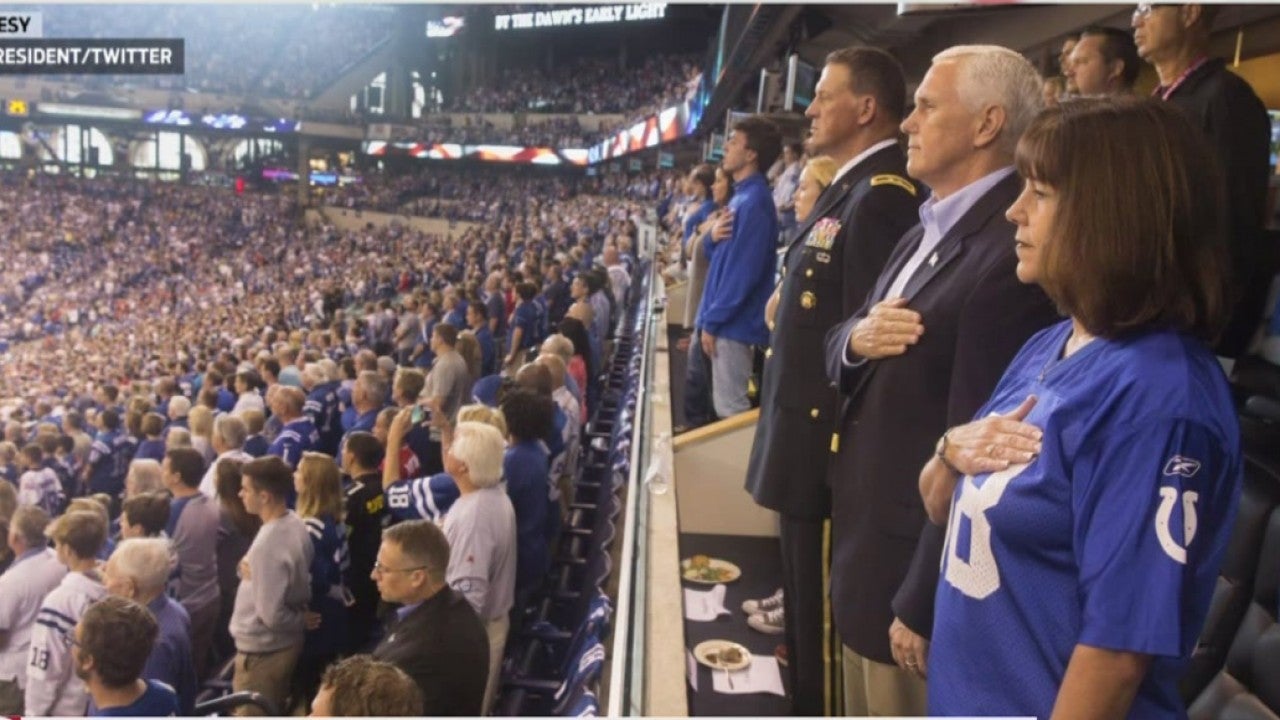 INDIANAPOLIS (WISH) – It was a big day at Lucas Oil Stadium on Sunday.

Peyton Manning’s jersey was retired and the Indianapolis Colts pulled off a win, but it was Vice President Mike Pence that had many people talking.

Vice President Pence and his wife, Karen, were at the game, but didn’t stay long. They left after the San Francisco 49ers knelt during the national anthem.

Pence explained why he left early through a series of tweets:

I stand with @POTUS Trump, I stand with our soldiers, and I will always stand for our Flag and our National Anthem. pic.twitter.com/B0zP5M41MQ– Vice President Mike Pence (@VP) October 8, 2017

24-Hour News 8 spoke with several Colts fans on their way out of the game Sunday. Many said they are trying to look past the politics and focus on football.

“The problem is that we are bringing politics into football. We go to football to get away from politics,” said Larry Tarter.

Fans have mixed feelings on Pence’s decision to leave after the anthem.

“Trying to pressure them to get it out of football, is that really for us to do because we have our freedom of speech,” continued Tarter.

“I think that if that’s his strong beliefs, and he feels that way he has his right just like people have their right to protest,” said Mark Tarter.

“We are a land of diversity, so everybody has their own rights. They have their own way of respecting our flag,” said Mattie Upano.

“We are just trying to move along, just trying to enjoy the football game and whatever Pence is going to do is a political initiative, not that I’m for or against… I am going to support the current administration and what they are trying to do,” said Larry Tarter.

Eric Reid of the San Francisco 49ers called Pence’s decision to leave after the anthem a “stunt.”

“It looks like a PR stunt to me. Our team has had the most players protest. He knew that we were probably going to do it again,” said Reid. “The vice president of the United Stated is trying to confuse the message that we are trying to put out there.”

Some fans think there are better ways for players to get the message out.

President Trump sent a tweet out this afternoon after Pence left the game saying he told the vice president to leave.

I asked @VP Pence to leave stadium if any players kneeled, disrespecting our country. I am proud of him and @SecondLady Karen.- Donald J. Trump (@realDonaldTrump) October 8, 2017