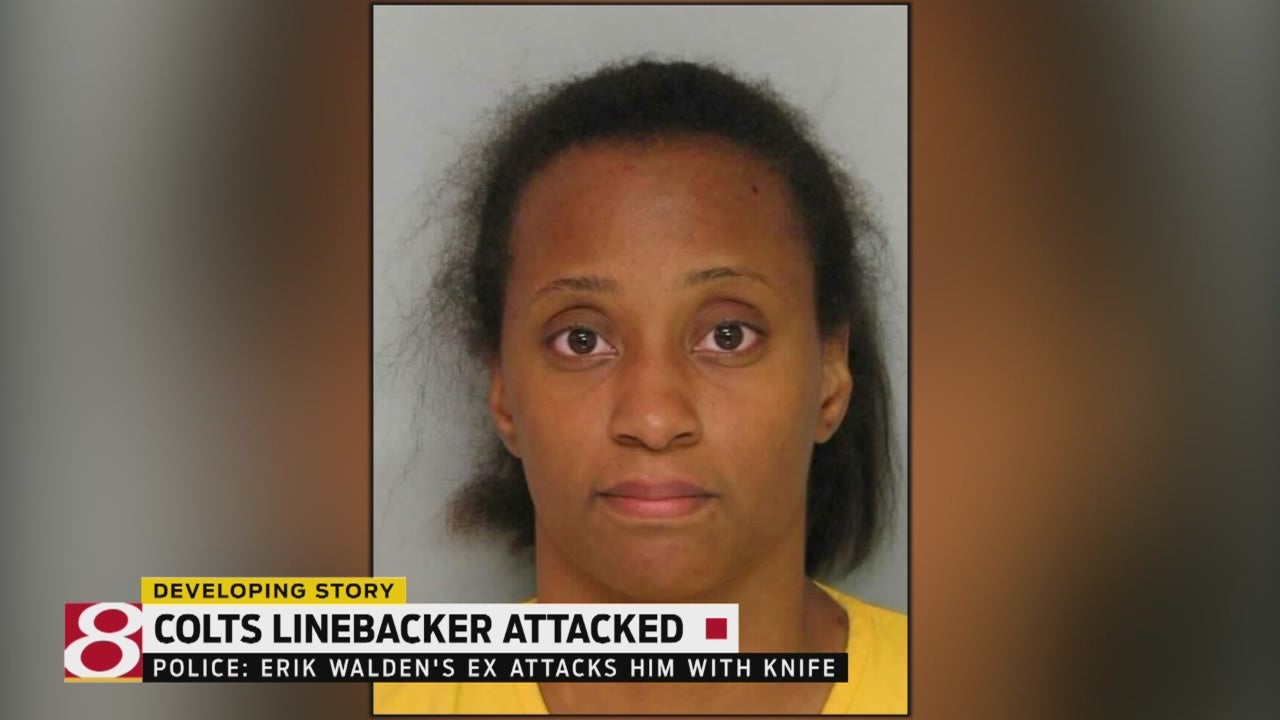 INDIANAPOLIS (WISH) — According to police in Georgia, Colts linebacker Erik Walden was hurt after being attacked by his ex-girlfriend.

Officers say Erica Palmer, who is also the mother of his two children, left her Tennessee home to drive to Georgia and target Walden.

According to police, she stopped at a Wal-Mart on the way and bought a knife and bat. Police said she also attacked Walden’s current girlfriend, breaking the woman’s arm.

Palmer is booked on 13 charges that include aggravated assault and battery.