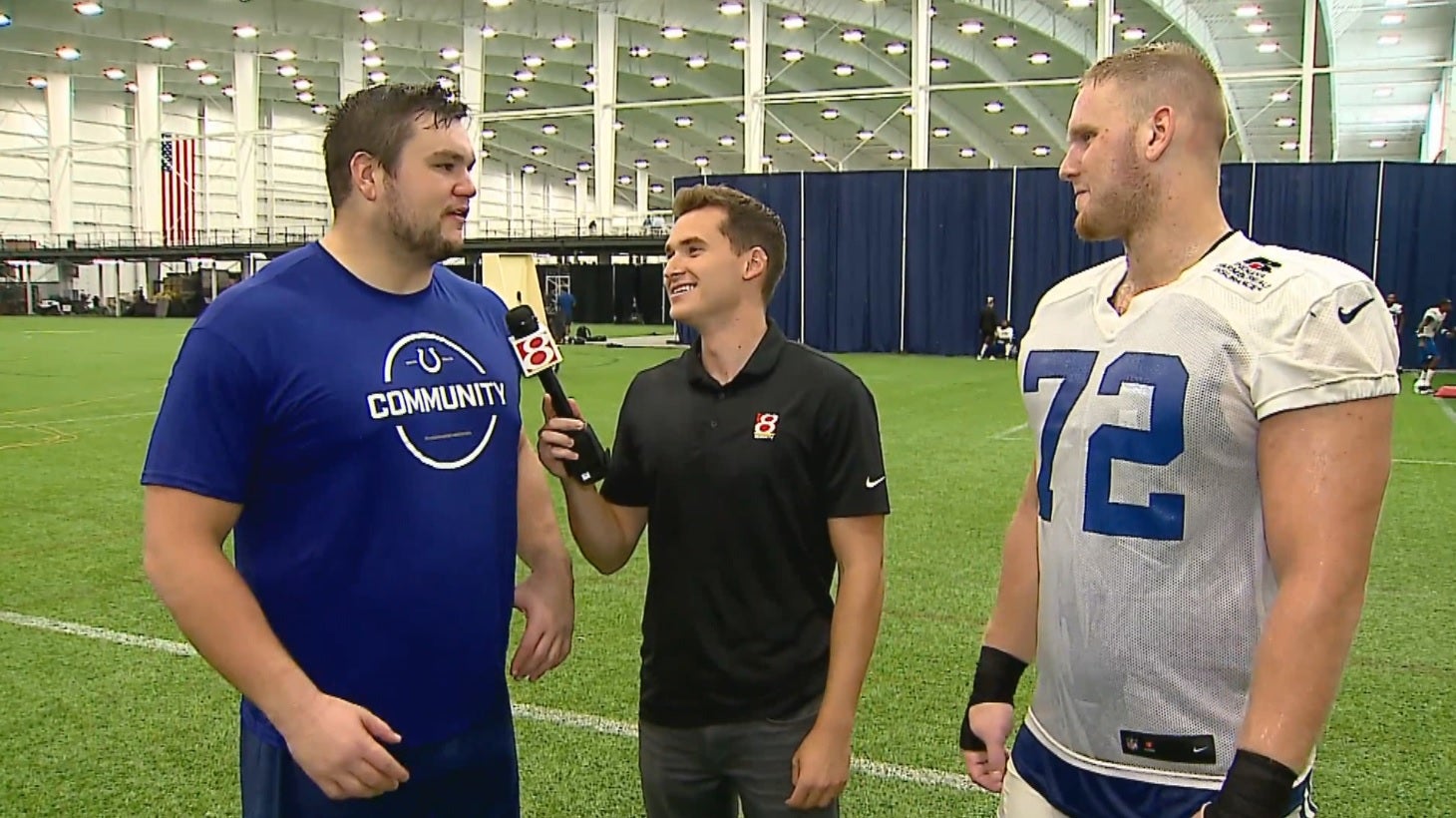 WESTFIELD, Ind. (WISH) — You won’t hear much from Andrew Luck’s newest body guards but you can’t miss them in the crowd of Colts rookies.

The pair of NCAA All-American selections last season, Quenton Nelson and Braden Smith, tip the scales at a combined 645 pounds. The physicality on the field does the talking for these two.

This is the pair of silent giants that Luck has waited for.

“I’ve been rooming with him (Nelson) all of camp,” Smith said. “No problems, he doesn’t snore, he’s a pretty nice guy, keeps his room clean. It’s all good.”

“They (Nelson and Smith) have that working mentality, that blue collar mentality,” defensive tackle Al Woods said. “They come in, get quality work in and they disappear. I’m cool with it, they not getting in trouble, so I’m alright.”

Naturally, the New Jersey guy gets more of the attention of the two, but Nelson also knows that this ‘kid from Kansas’ was no secret growing up.

“It’s really impressive,” Nelson said. “He just had a lot of high school kids that were really small spotting him that probably shouldn’t be spotting him. They wouldn’t be able to lift that. He just did it with ease, it was pretty sweet.”

Smith did keep one thing quiet at camp. In his off time, the man with a super hero build, likes to garden.

Nelson’s going to leave the gardening to Smith but both guys can share one title — Luck’s new best friend.