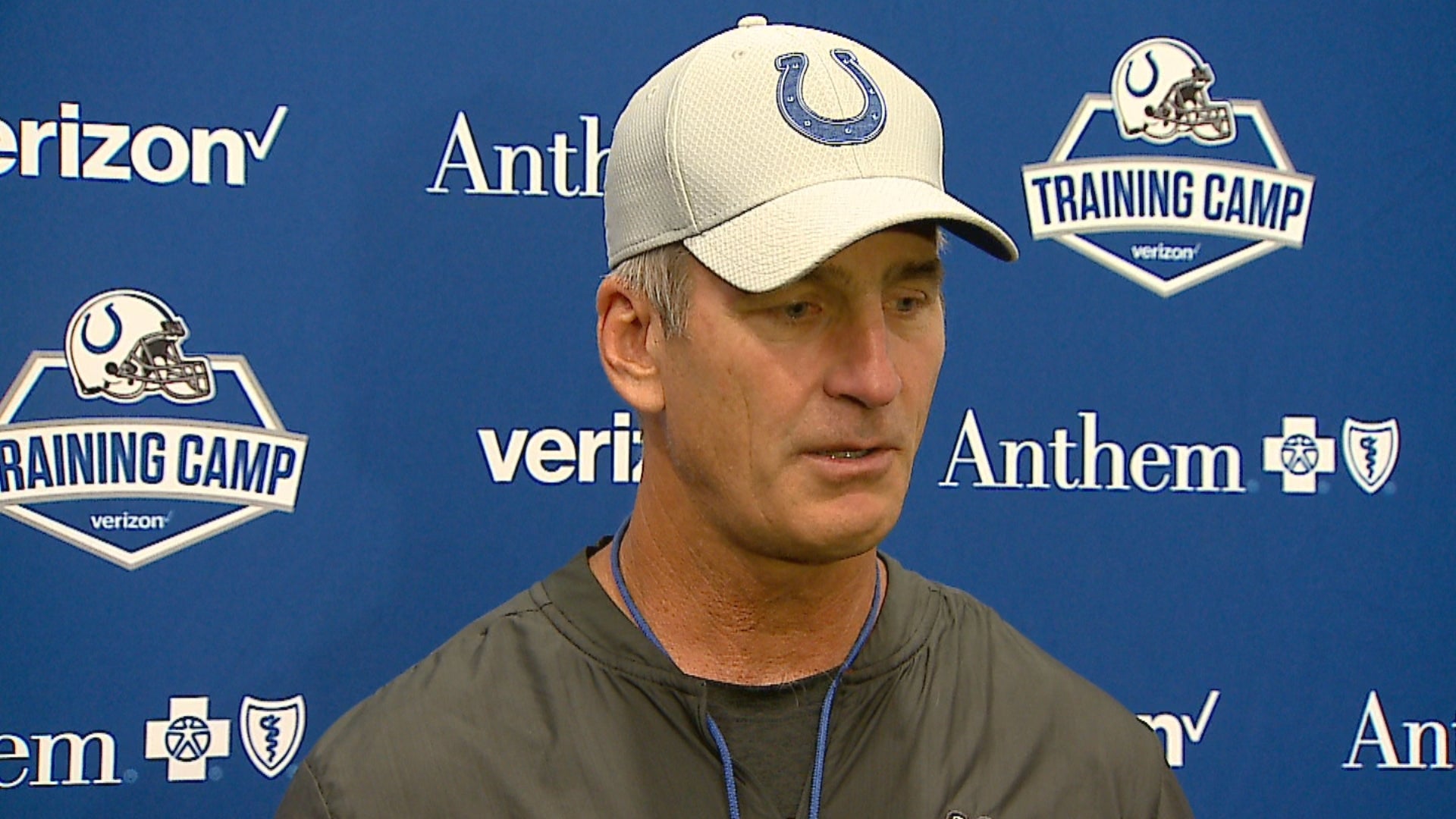 WESTFIELD, Ind. (WISH) – With five practices now under the belt of Indianapolis Colts coach Frank Reich, the new man in charge gave a personal assessment of his first training camp so far.

“You know, you work hard, try to get good plays and scheme things but at the end of the day, it’s about players bringing trust and the juice and the enthusiasm to the field and the meeting room,” Reich said. “I feel like our players are doing it.”

Reich continued to give all the credit to his players, and they deserve some of that. But, on the flip side, these players have loved learning the new offense Reich has brought to the building.

Offensive guard Quenton Nelson said, “It’s been awesome. I love his demeanor. He wants to run the ball, he wants to go fast and get the defense on the heels. I’m really excited about that tempo that he wants to play at.”

Running back Nyheim Hines practically found it inevitable he would play for Reich in some capacity. The rookie shared this predraft story: “Throughout the whole draft process, I thought I was going to the Philadelphia Eagles and technically I did the offensive coach is here. I was even joking with my family about that. I was thinking I was going to the Eagles. Coach Reich called me and I didn’t know who the heck the coach was at the time. I looked up who he was and I was like ‘oh, that’s the offensive coach from the Eagles.’ So, I am really excited.”

The running back loves playing under Reich’s rule.

“It’s been really good. He’s a fiery guy. I’ve heard about his comeback stories in college and the pros. It’s really great to have a guy who is a quarterback and was a quarterback and knows the offense and who is on our side of the ball. My head coach or college defensive coach. So, it’s like my first time I’ve had an offensive head coach,” Hines said.

The new guy is already receiving rave reviews from the youngsters.