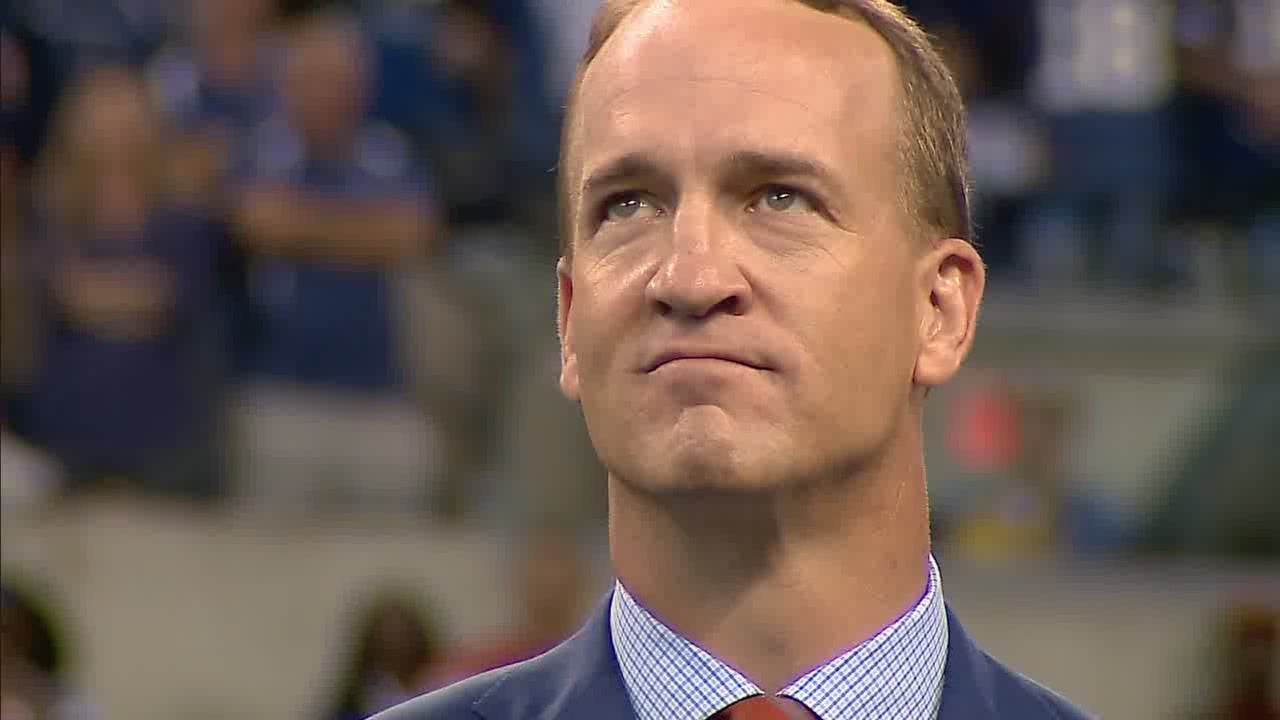 INDIANAPOLIS (WISH) — Like a warm-up band after a rough night, the Colts left the field at halftime on Sunday to boo birds.

But the headliner did not disappoint.

“A big thanks to all of the great fans in Indianapolis, Indiana,” said Peyton Manning.

Jim Irsay called the Colts contingent of Harrison, Wayne, Freeney and Mathis the best this city will ever see.

And the group saved some special words for Peyton.

“Never in my wildest dreams. I could never imagine what this man would become to our community on and off the field,” said Jim Irsay, the owner of the Indianapolis Colts.

“You know when Peyton left to go to Denver, there really wasn’t a closure, there wasn’t a finale.Today is the final and we really get to celebrate,” said Bill Polian, former Colts general manager.

“The type of player he was in the locker room on and off the field. A class act, If you’re going to do one this is the guy to do it for. He changed the town and it was really cool to be a part of, ” said Jeff Saturday, former Colts center.

Peyton kept it short and sweet. The sheriff’s final stroll came with a last second surprise. For one last time, Manning to Reggie. He’s got it.

“The last time you ever get to do something like that again, so I thought it would be kinda fun for the fans to go down memory lane. It had to be a short one —  25 yards is my maximum range, so I thought I could still complete that one. I will probably be sore tomorrow,” said Peyton Manning.

The Colts Ring of Honor above the south end zone belongs solely to No. 18.

Where does he go next?

One thing is for sure, his approval ratings are at an all-time high around the horseshoe.