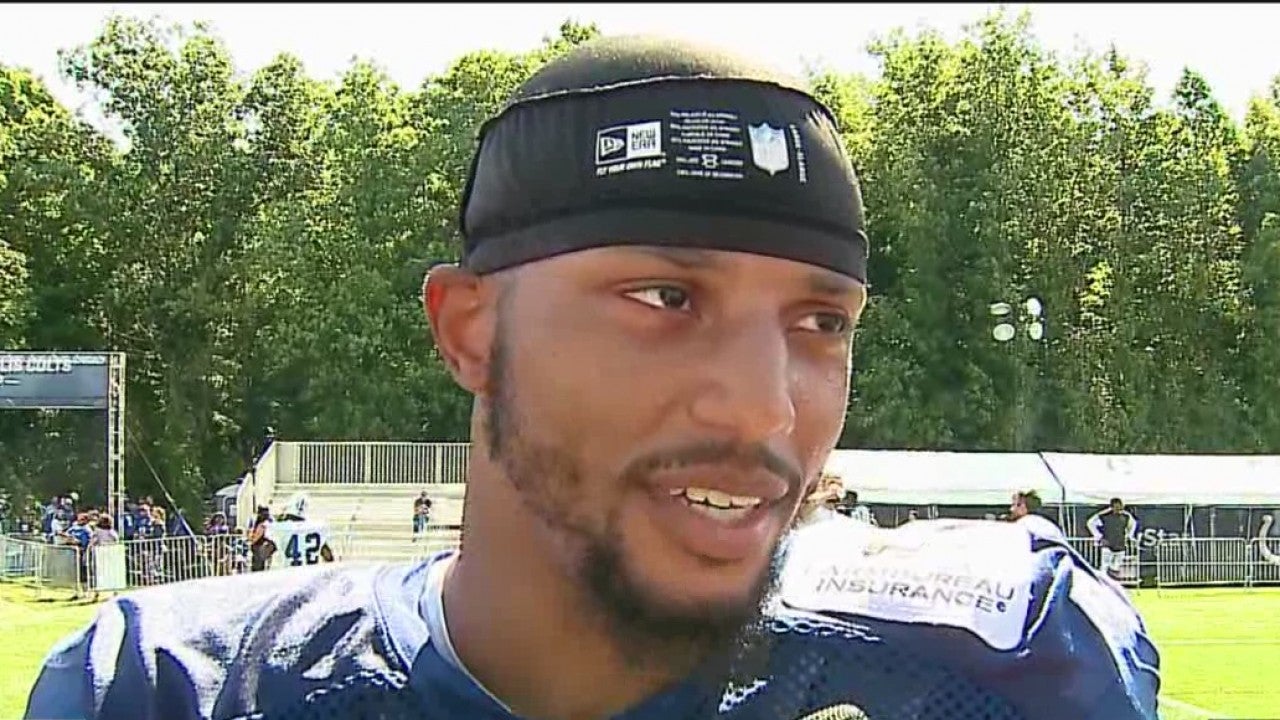 “Every day we practice, I go at it. … I talk crap to Andrew (Luck), I talk crap to Adam (Vinatieri). … He’s about 70 years old, but I call him 100,” Goode said. “Me and Frank (Reich) have got a weird relationship because he’s over there talking to the quarterbacks while I’m over there talking to the linebackers. So he’s trying to give them hints and clues, while I’m trying to steal them and listen to them.”

Goode has always been a problem solver. He was a preferred walk-on in college at West Virginia and turned that opportunity into a degree in engineering and a career in the NFL. Just before showing up as a free agent this offseason in Indianapolis, Goode had his best idea yet, but it had nothing to do with football.

Goode created his own app called Veepio; it lets users find more information on any person, place or thing on social media with a simple touch of the screen.

“It’s pretty simple: If you’ve ever watched something on TV or on your phone, and you want to know what it is or how to buy it, you can just click on it. It’s pretty cool,” Goode said.

“We love it man; we partnered with official teams in the NFL. We are data vendors. So, right now, the Colts will have our app. Soon about six or seven other teams (will too), and by the end of the year, the rest of the league,” Goode said.

The best part of this whole deal? Some of his Colts teammates still have no idea.

“That’s a pretty decent idea, I think. I’m not gonna lie,” fellow linebacker Skai Moore said. “So you just see a picture of this guy right here and if you like his shirt, you click on the shirt? I think that’s a pretty good idea, to be honest. I need to go talk to Najee and come up with an app of my own.”