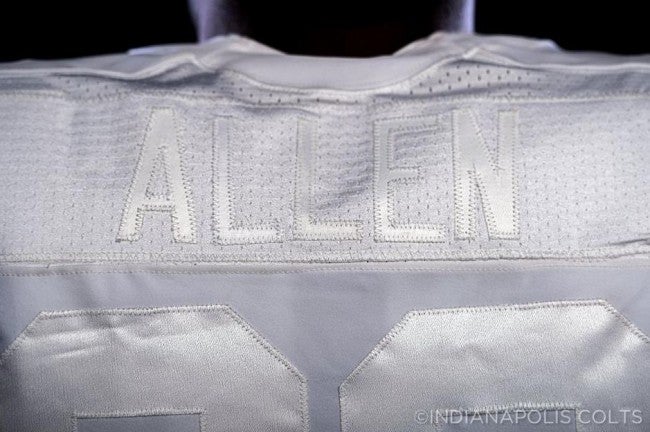 INDIANAPOLIS (WISH) — Colts fans were fooled on Wednesday morning, but it was all in good fun for April Fools’ Day.

Fans were told to change from bleeding Colts blue to white in a video posted to Twitter. The tweet said “You asked. We delivered. #Whiteout.

Indianapolis Colts posted a press release on their webpage saying the new look is “Crisp. Clean. Simple.”  The new uniforms would maintain the same Colts charm, but put a twist to start a new era of Colts football, according to the release.

The new uniforms also stress there is no “I” in team.

“This strategy allows the individual to fade into the background and the unit as a whole to be seen,” the release stated.

Surprisingly some fans were excited about the new white uniforms.

“@Colts: You asked. We delivered. #WHITEOUT http://t.co/yUe9IKvawZ pic.twitter.com/DFNUp9X3B5” wow this is sweet. ❤️ not even a colts fan.- Elizabeth Rutkowski (@ERutkowski) April 1, 2015

Luckily for fans against the new look, they have nothing to fear. Colts players will still be sporting Colts blue this fall.