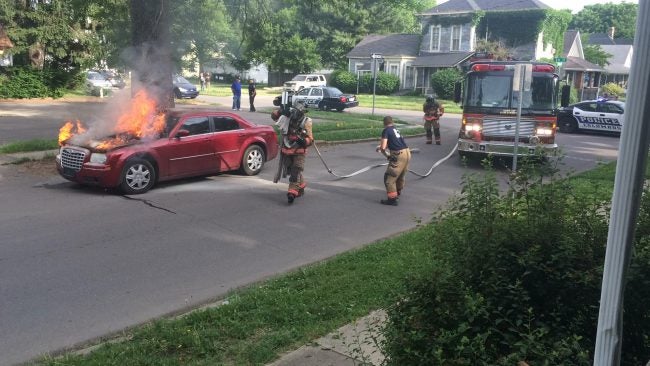 Columbus firefighters responded to the fire near the intersection of 8th and California Street around 8:28 a.m.

Firefighters said a 2007 Chrysler 300 had heavy fire showing from the engine and passenger compartments. Firefighters were able to put the fire out safely.

The owner of the car, Sarah Young of Columbus, told investigators the vehicle had been operating without any mechanical issues up to the point that the fire happened. She said when she approached the intersection of 8th and California, the car’s breaks stopped working. Young said that’s when she stopped the car by using the emergency break. After the car came to a stop, she said she saw smoke coming from the hood and called 911.

Fire investigators said the fire started in the engine compartment and then moved to the passenger compartment.

The fire was ruled accidental.