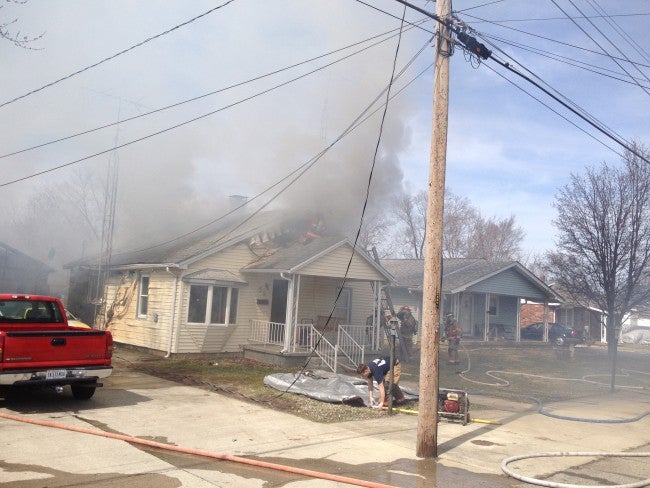 Columbus Fire Department responded to the 100 block of South Cherry Street in East Columbus at approximately 12:56 p.m. after the home owner found his detached garage ablaze.

The slight winds Monday created the perfect climate for the fire to spread quickly to the home, according to fire crews.

The fire worked so quickly, that by the time fire crews arrived within minutes, the garage was engulfed in flames, and heavy fire was damaging the back of the home.

The heat from the fire melted siding on houses on either side of the burning home.

The home has been determined a complete loss.

Two people and three cats resided at the home. No one was injured, and all three cats are accounted for and safe.

The Columbus Fire Department is still investigating for the cause of the fire.