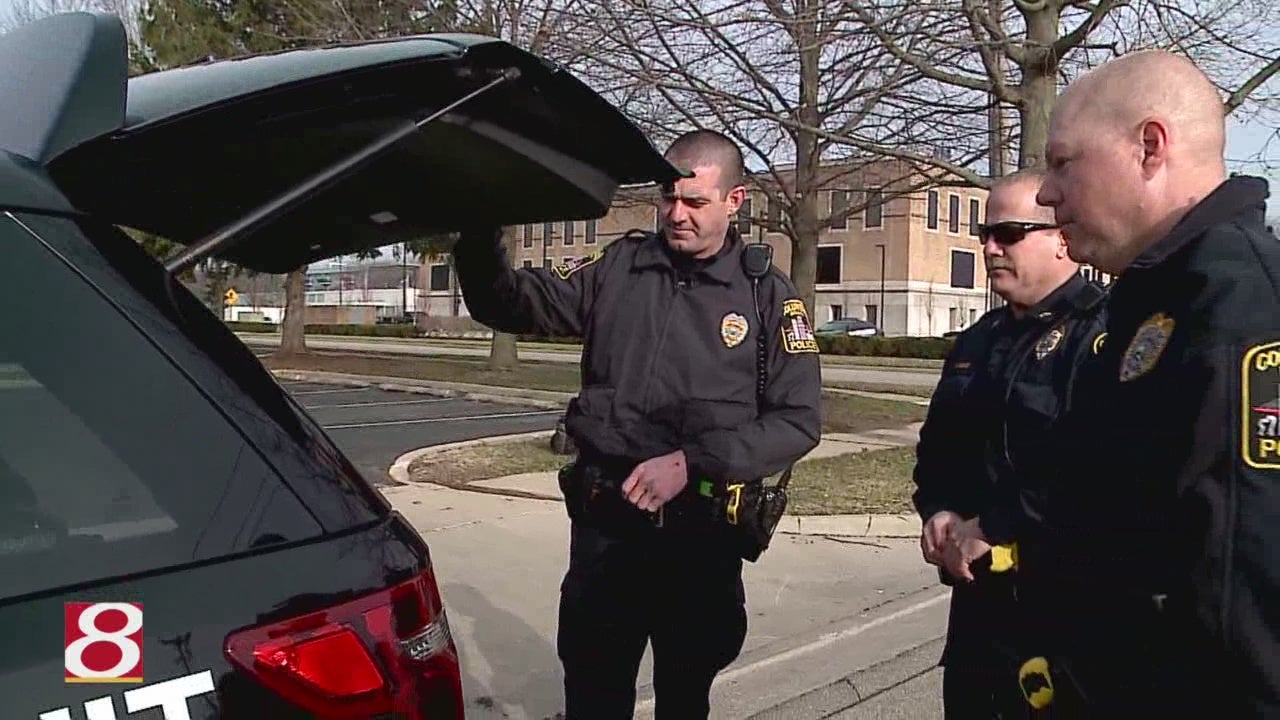 COLUMBUS, Ind. (WISH) – Police in Columbus are taking aim at property crime with a specialized unit designed to focus on problem areas.

“Working in the COPPS unit has allowed us to target our efforts on repeat offenders and problem areas of our neighborhoods. We actually have the time to talk to people in the community who want to tell us, ‘Hey, there’s a problem at this house,’ or ‘We’re always seeing violators come from a certain residence,’ We actually have the time to sit and follow up on that, and have some focused enforcement in that area to try to curb the problem before it gets out of hand,” said Officer John Searle, one of the department’s K9 handlers. K9 Max is on the COPPS Unit as well.

The COPPS unit doesn’t take daily patrol calls during the day, which officials say gives them time to do more in-depth investigations. They work with a detective assigned to track those repeat offenders.

“We find a lot of people are repeatedly involved in crimes,” said Sgt. Morgan Horner. “If we can target them and take them off the streets, it’s dramatically reduced our crimes in all different areas: burglaries, car break-ins, property crimes.”

“The people have more time to talk to us. We’re a little more accessible,” Horner explained. “We’re not pressured to go to another call, which allows us to do our own follow up.”

“In the neighborhoods they’ve been focused on, we’ve seen a dramatic reduction in crime in those areas,” said Chief Rohde.

“It’s not just us: it’s partnering with the community. We wanted to see an increase in calls for service in those areas. We really wanted people engaged in reporting suspicious activity, because they’re the ones that notice a difference in those neighborhoods.”