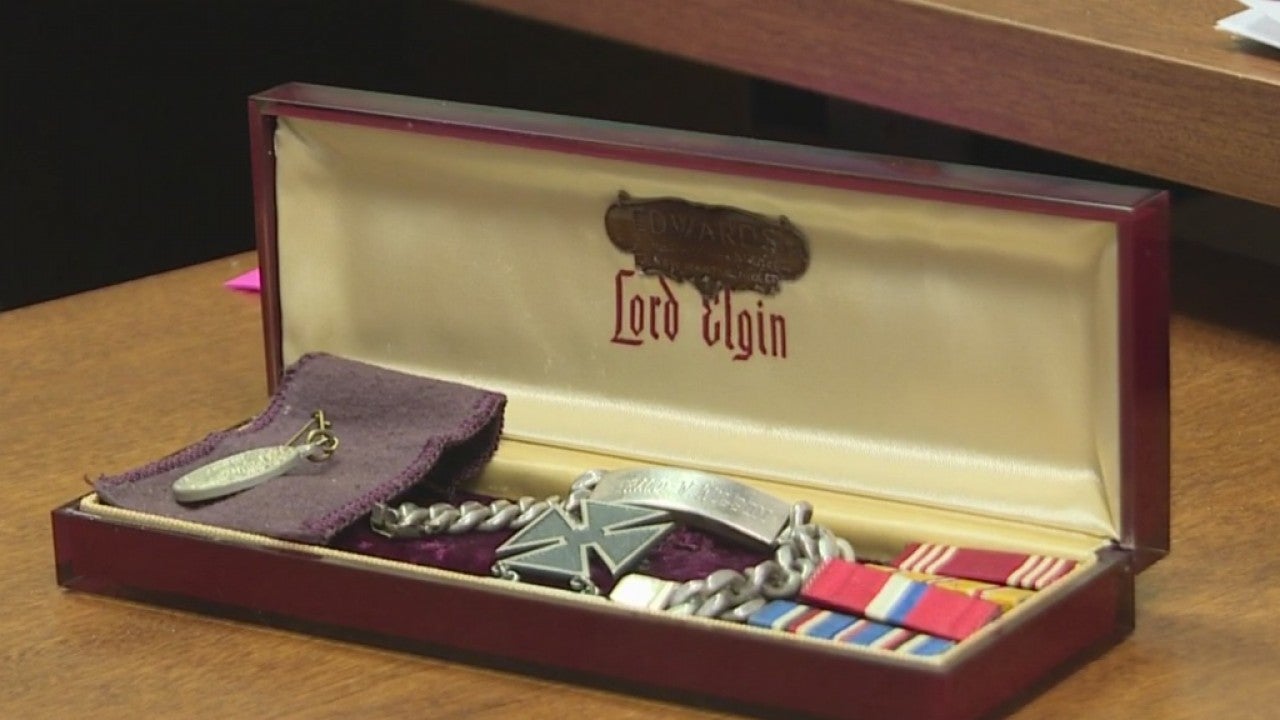 NEW CASTLE, Ind. (WISH) — A World War II veteran’s medals were found at a New Castle men’s shelter. But the veteran passed away in 1984, nearly 30 years before the shelter opened.

A couple people have come forward on Facebook saying they’re related to the veteran, but the men’s shelter wants to make absolutely sure the medals are given to the right people.

The box of medals was pulled out of a drawer in The Guest House men’s shelter.

“We don’t know if it was something that one of our residents had gone through donations and found this and put it back or if it was in a desk that we bought from some place and brought in and we didn’t know it was there,” Director Mark Joplin said.

The box had only two identifiers: the name of a local jewelry store and a bracelet with the name Gerald W. Wilson. On the back of the bracelet, a message of love from a woman named Mary.

“I went to the VA and they told me what the ribbons represented,” said Phil Webster, who works at the shelter. “He was in the Asian conflicts, Philippines and all that. And we’re just kind of going from there right now.”

“Well, we didn’t find out a lot until we put it on Facebook,” Joplin said. “And then the information started rolling in.”

The shelter learned Wilson fought in World War II, didn’t have any children and passed away in 1984. One of the shelter’s staff members, a fellow veteran, wanted to make sure the medals made it to family.

Even with the limited information they have on Wilson, the shelter says they’re going to do their due diligence to make sure the right people get the medals.

“You have to get involved,” Joplin said. “Even though it may be a difficult situation, doing the right thing is always the best thing to do. That’s the lesson learned: Do the right thing.”

Two people have already come forward, but if you know anything about the medals or Gerald W. Wilson, contact The Guest House men’s shelter.