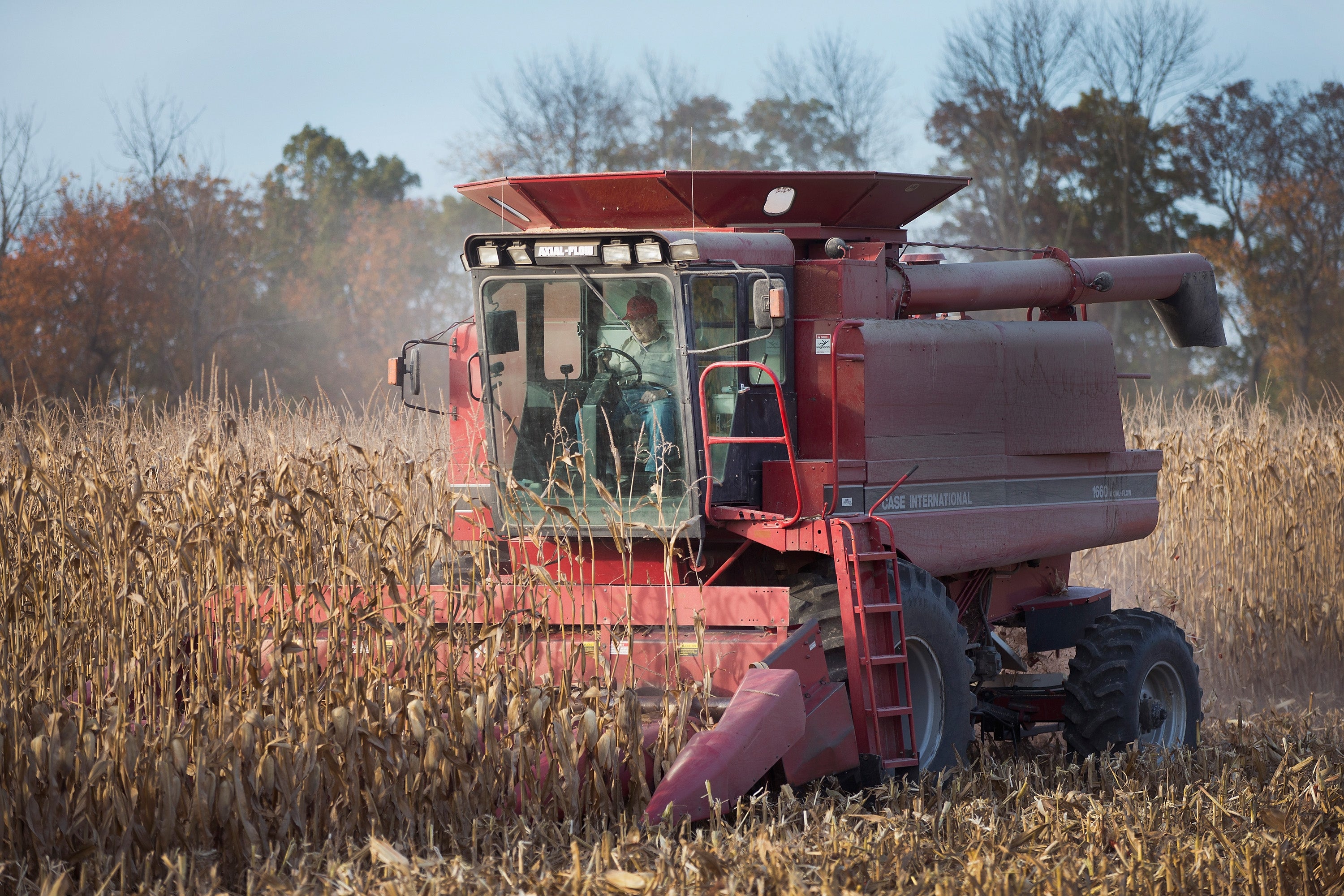 MECHANICBURG, Ind. (WISH) — A 72-year-old Thorntown farmer was in a hospital Monday after his legs became trapped in a combine harvester in northern Boone County.

Authorities received word about 11:55 a.m. about a person trapped in a combine near 2520 Blubaugh Ave. That’s halfway between I-65 and State Road 39 about five miles north of Lebanon.

Hayden was cutting cane from around rows of corn in front of an approaching combine driven by Thomas J. Ward, 38, of Thorntown. Ward told authorities he was focused on the combine’s corn head — a device that strips the stalks and leaves away from the ears of corn — and did not see Lloyd in his immediate area.

Medics and first responders freed Hayden from the machine, the release said.