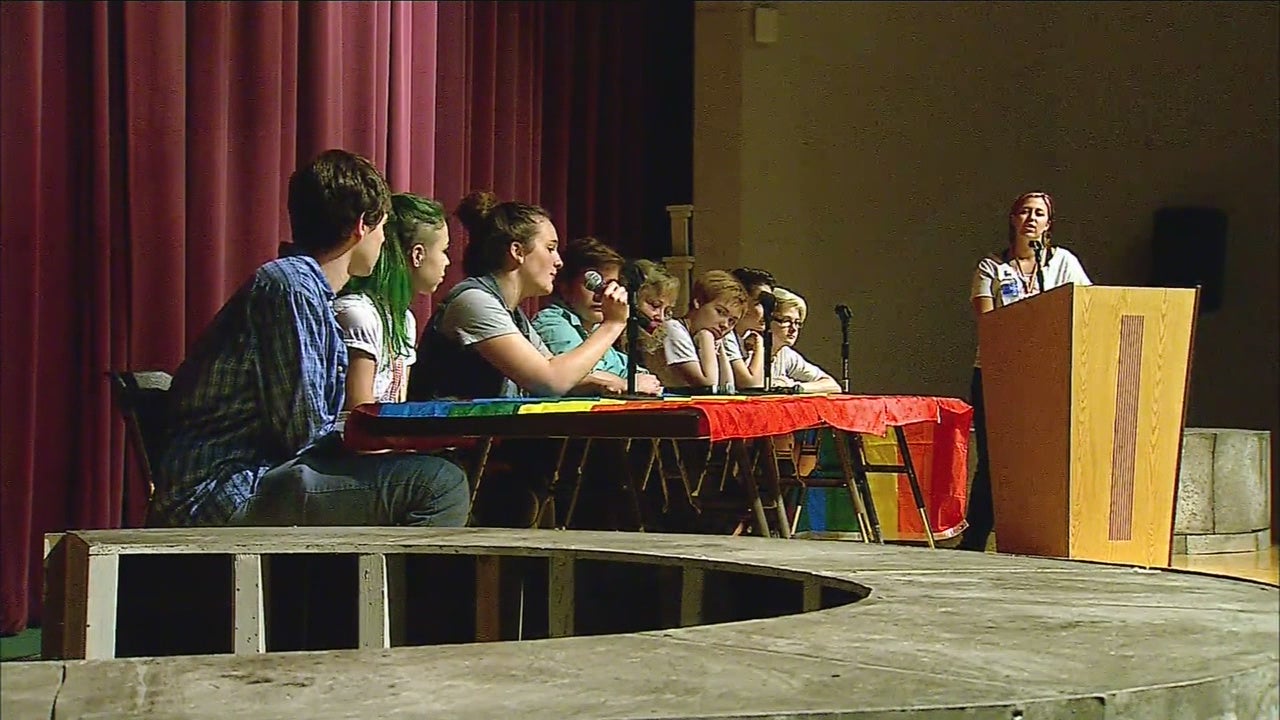 BLOOMINGTON, In. (WISH) — The safety of LGBT students is a growing concern in the Hoosier state, according to Supt. Glenda Ritz.

She took part in a discussion called “Creating a Safe and Culturally Responsive School” in Bloomington Tuesday night.

She and LGBT students talked with dozens of community members about how to make school a safer place.

“There are still a lot of stereotypes going on,” Young said.

Young feels there isn’t just discrimination from other students, but teachers and staff as well.

“A lot of times there’s just general lack of understanding between student and teacher not through anyone’s fault just general ignorance,” Young said.

Young feels policy changes could be a leading step in protecting teens, such as more punishment for bullying and installation of unisex bathrooms.

“And then there are other issues when students are trans and using different facilities and that sort of thing,” Young said.

“You have to always be pushing the limits to get things done and you have to be sure your leaders are going to be of that mindset to serve the students no matter what the need might be,” she said.

She said there’s a lack of equality in schools and fixing that needs to be a priority.

“My philosophy of public education is that we accept all students and everyone is treated with respect,” Ritz said.

The department of education just rolled out a statewide school needs survey.

Ritz suspects LGBT issues will be a priority when the study results are examined.