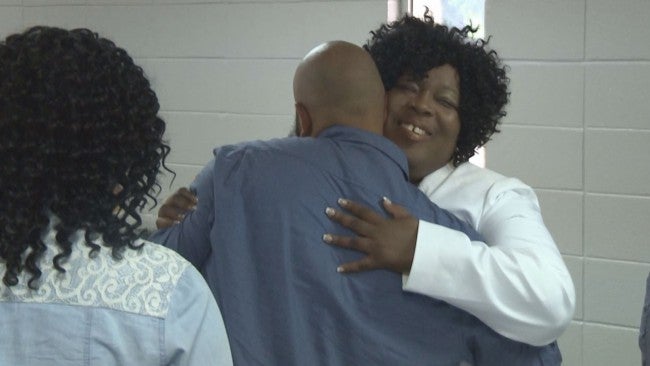 FORT WAYNE, Ind. (WANE) – Imagine losing your house in a fire and then just days later your car is totaled in a crash. That’s been the last month for a Fort Wayne woman. Denita Washington has been through more in the last 30 days than most people experience in a lifetime.

“It was a Sunday afternoon and I got a phone call that my house was engulfed,” Washington said.

It’s a call no one ever expects. After rushing back to the house, Washington and her family called home for the last 19 years, she confirmed her worst fear.

“My street is about full with about a hundred people and tons of firetrucks and EMS and I then witnessed that my house was literally burning to the ground,” Washington said.

“I’m on Main and Clinton headed to a birthday celebration for a girlfriend and a car hit out of nowhere hit a car, another car hits me, and a pole lands on my car,” Washington said.

With no home and no car to call her own, Washington had to move into a hotel. While she’s lost so much, Washington said she actually feels more whole.

“I lost a lot of things, all of my things, material, but I gained a sense of understanding of purpose and why you’re really here,” Washington said. “When you’re down to nothing he’s up to something, like really, you have to believe that.”

It’d be easy to be bitter after her experiences, but she said she’s more grateful for her life than ever before.

“I keep saying to myself use this as a testimony for him because the reality is there is still going to be good from it,” Washington said. “One of the things he, the Holy Spirit, has said to me is why not you, why not use the person who already has somewhat of a platform for people to be able to see and understand how to get from bitterness to better.”

Washington is also a local activist and the founder of Fort Wayne Girls Rock, an empowerment conference for young women. She’s inspired countless people across the city, many who came to Links Wonderland for a benefit in her honor Sunday night.

“I understand that at the end of the storm, there’s always a rainbow and I think now is her rainbow time and she’ll find the pot of gold and I’m just excited for her with new beginnings even though in tragedy, she’s just a lion all the way through and she’s ready to roar,” Toni Irby, Denita’s friend, said.

“She’s taught us how to be a leader and taught us how to keep our minds straight when things go rough and to see her be strong, it just makes us stronger,” Deshawn Woods, Washington’s student, said.

Local band Last Call and several other artists played a show called “Fireproof for Purpose.” The show charged a $10 cover charge, with half the proceeds going to Washington.

“With her comes a great purpose and usually people who have that much purpose and power, things always try to come against them. So, I just wanted to let her know that she was fireproof for the purposes that she has for life,” Last Call Band member Jachell Tolbert said.

“This is the beauty of tragedy is that you use it for testimony to empower and help other people understand how they can make it over,” Washington said.

Washington also said she really wants to move back into her neighborhood. She had homeowners insurance and should find out in a few weeks if she’s able to or not. If you’d like to donate to Washington, go to her GoFundMe page.