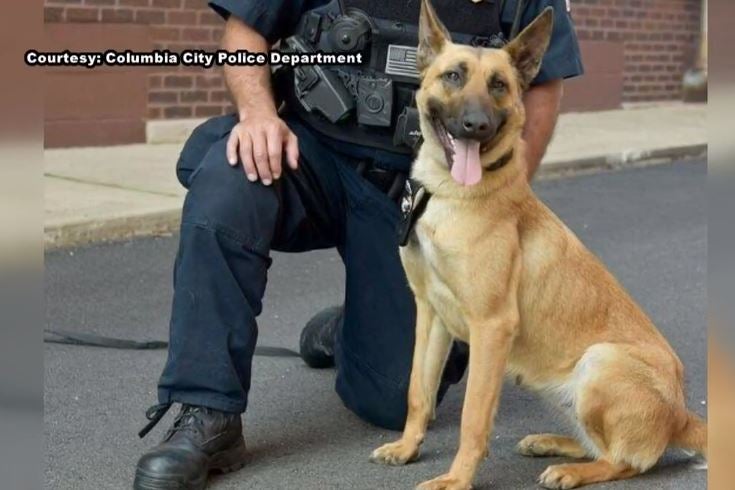 K-9 Cas died in the line of duty Wednesday after a suspect fleeing police crashed into the police cruiser she was sitting in, causing it to burst into flames.

The sheriff’s department said her handler, Officer Gary Archbold, had deployed stop sticks at the intersection of U.S. 30 and C.R. 450 West to bring the chase to an end, but the suspect drove across both eastbound lanes of U.S. 30 and into the crossover where Archbold’s cruiser was parked with K-9 Cas inside.

The sheriff’s department said K-9 Cas was trapped in the cruiser and died at the scene. Archbold was not hurt.

A week after her death, fellow officers and members of the community gathered to honor K-9 Cas at the First Church of God in Columbia City.

K-9 Cas joined the Whitley County Sheriff’s Department in April 2017. She served with the sheriff’s department and the Columbia City Police Department.

“K9 Cas’s service directly attributed to the betterment and safety of the Whitley County community,” the sheriff’s department said Thursday.