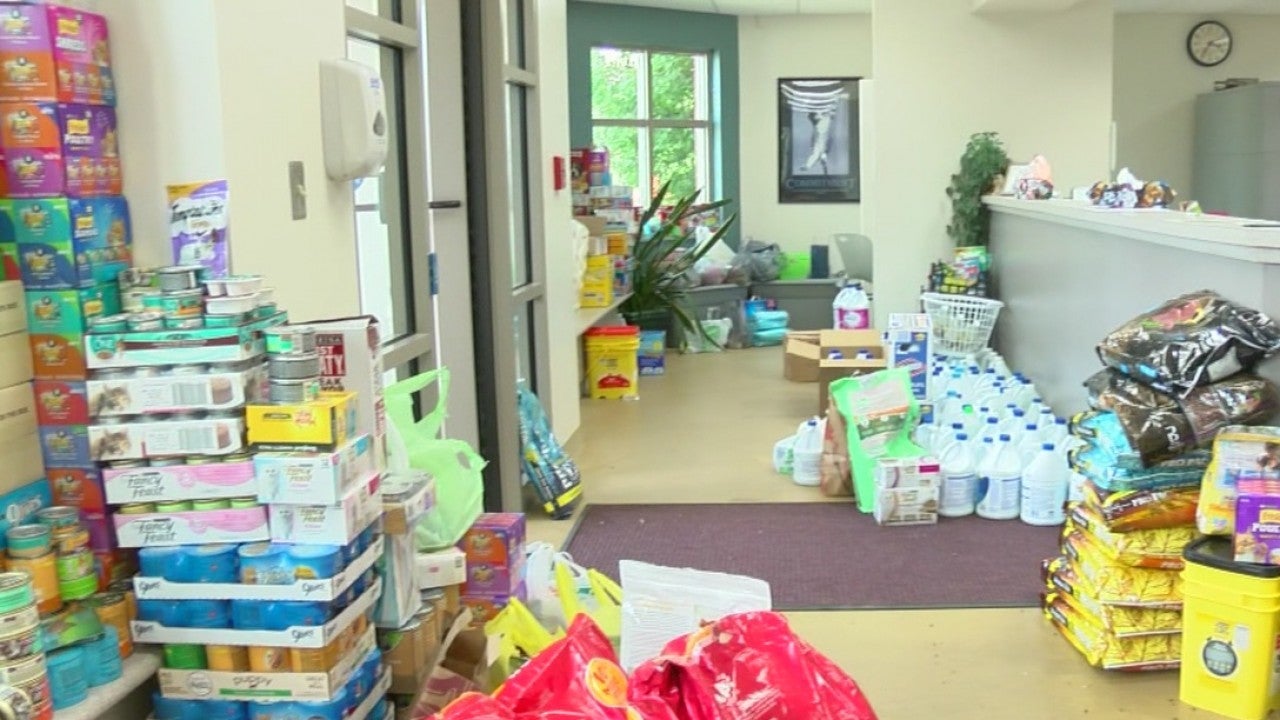 DANVILLE, Ind. (WISH) – A month after a post by the Hendricks County Animal Shelter asking for donations went unanswered, the community responded with all they asked and then some.

The future of dozens of homeless cats and dogs at the shelter were up in the air until this week when things took a turn.

Wednesday, after the shelter’s supplies got down to a bare minimum, the shelter took to social media again in hopes the animal lovers in the community would answer their call for help.

They answered in droves.

“We were pretty much out of kitten food; we were getting low on cat food and definitely low on litter,” said LaDonna Hughes, the chief director of the Hendricks County Animal Shelter.

The cages at the shelter are filled with 40 dogs and more than 100 cats.

Just a few days ago, Hughes said the shelves at the shelter were nearly empty.

On Friday, the lobby at the shelter was overflowing with donations of cat food, dog treats, cleaning supplies and more.

All after a second post to social media tugged at the heart strings of local animal lovers.

“I had them repost it, and it just went viral,” Hughes explained.

The phones were still ringing off the hook Friday from people across the country asking how they could help.

“We just love animals so much,” said Charity Barton, who donated to the shelter Friday. “I did see it on Facebook, and it makes me hurt thinking that animals need things. That’s why we brought more stuff. We just saw they needed it.”

Hughes said the shelter is government-funded and relies heavily on donations.

Had it not been for last-minute help from the community, animals might have been turned away, or employees could have been forced to dig into their own pockets to buy supplies.

Either way, Hughes said she’s thankful to see the bright side of social media, so one day these animals will be well on their way to their forever homes.

“I mean it was just amazement,” Hughes said. “Just to see like nothing and then wow, there’s like so much we can share with everyone else, too. It’s just so heartfelt.”

Hughes said the shelter now has so many donations that they will share them with other shelters and food pantries.

She said, however, they can always use the help, as many of the items will expire soon..

If you want to donate, drop off items at the Hendricks County Animal Shelter at 250 E. Campus Blvd. in Danville.