Convicted murderer may be man found hanging from a tree 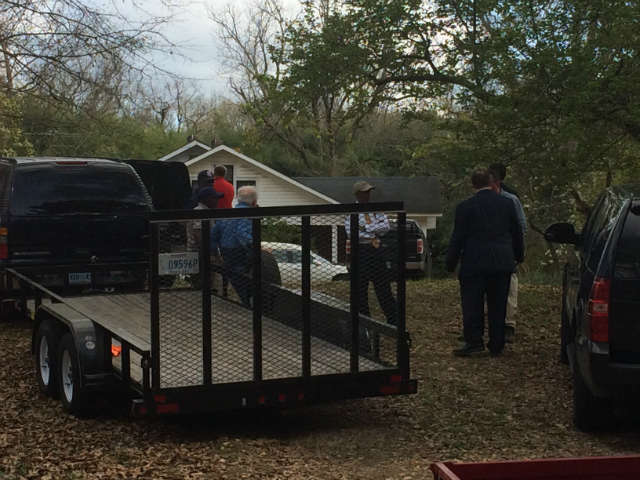 CLAIBORNE COUNTY, Miss. (WJTV) – A body believed to be a convicted murderer was found hanging in the woods an hour southwest of Jackson, Mississippi on Thursday.

Claiborne County Sheriff Marvin Lucas says that he thinks the body found hanging in the woods is Otis Byrd. Authorities are still not confirming the identify of the body at this time.

Byrd was sentenced on Oct. 28, 1980 for capital murder in Claiborne County for killing Lucille Trim during a robbery in which he took $101.

According to a press conference held by the FBI and the Claiborne County Sheriff’s Dept. in Mississippi, the body was found with a bed sheet tied around the neck and a skull cap on the head hanging from a tree. The hands were not tied behind back.

The death is currently under investigation.

This statement is from an official release from the FBI and Mississippi Bureau of Investigation:

“Earlier in the day, the Claiborne County Sheriffs Department and the Mississippi Wildlife Fisheries and Parks conducted a ground search for a man who had been missing since early March. Officers located a man hanging in the woods near Old Rodney Road a half mile from his last known residence.”

The family of Otis Byrd filed a missing persons report with the Claiborne County Sheriff’s Department March 8. Byrd was last seen on March 2.

The Mississippi Bureau of Investigations (MBI) received a missing report from the sheriff’s department on March 13.

The body was not discovered on family property but was found on Thursday, 500 yards southwest of a house belonging to family members of Byrd.

The Claiborne County Branch of the National Association for the Advancement of Colored People called for the U.S. Department of Justice to assist in the investigation.