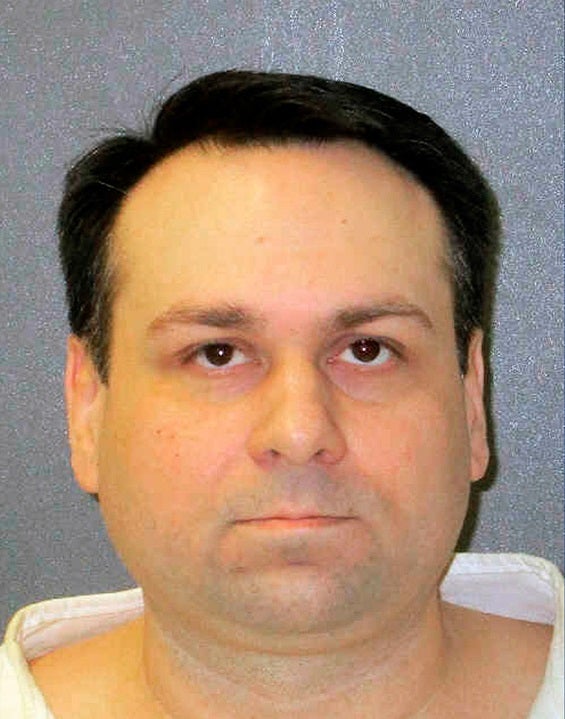 HUNTSVILLE, Texas (AP/ KXAN) — A man who orchestrated one of the most gruesome hate crimes in U.S. history was set to be executed Wednesday for the dragging death of James Byrd Jr. nearly 21 years ago.

John William King, who is white and an avowed racist, was put on death row for chaining Byrd to the back of a truck and dragging his body for nearly 3 miles (5 kilometers) along a secluded road in the piney woods outside Jasper, Texas. The 49-year-old Byrd, who was black, was alive for at least 2 miles before his body was ripped to pieces in the early morning hours of June 7, 1998.

Prosecutors said he was targeted because he was black

Authorities say the 44-year-old King is openly racist and has offensive tattoos on his body, including one of a black man with a noose around his neck hanging from a tree.

If executed, King would be the fourth inmate put to death this year in the U.S. and the third in Texas, the nation’s busiest capital punishment state.

The hate crime put a national spotlight on Jasper, a town of about 7,600 residents near the Texas-Louisiana border that was branded with a racist stigma it has tried to shake off ever since. Local officials say the reputation is undeserved.

Photographer Sarah Wilson and author Ricardo Ainslie visited years after the murder to tell the story in a book and photo exhibit that is touring the state.

“I think to this day, they still, sort of, are living in the shadow of the murder of James Byrd,” Ainslie said.

“It was similar to lynchings of the past of the Jim Crow era,” Wilson said. “And for something to happen like this in the late 90s, it was appalling.”

King’s attorneys have asked the U.S. Supreme Court to halt his execution, arguing that King’s trial lawyers violated his constitutional rights by not presenting his claims of innocence and conceding his guilt. His lawyers cited a 2018 Supreme Court ruling in a Louisiana case in which the justices said that a lawyer for a criminal defendant cannot override his client’s wish to maintain his innocence at trial.

“From the time of indictment through his trial, Mr. King maintained his absolute innocence, claiming that he had left his co-defendants and Mr. Byrd sometime prior to his death and was not present at the scene of his murder. Mr. King repeatedly expressed to defense counsel that he wanted to present his innocence claim at trial,” A. Richard Ellis, one of King’s appellate attorneys, wrote in his petition to the Supreme Court.

The Texas Court of Criminal Appeals on Monday rejected a similar request to stop the execution.

The Texas Board of Pardons and Paroles on Monday turned down King’s request for either a commutation of his sentence or a 120-day reprieve.

Over the years, King has also suggested the brutal slaying was not a hate crime, but a drug deal gone bad involving his co-defendants.

King, who grew up in Jasper and was known as “Bill,” will be the second man executed in the case. Lawrence Russell Brewer was executed in 2011. The third participant, Shawn Allen Berry, was sentenced to life in prison.

King declined an interview request from The Associated Press in the weeks leading up to his planned execution.

In a 2001 interview with the AP, King said he was an “avowed racist” but wasn’t “a hate-monger murderer.”

Louvon Byrd Harris, one of Byrd’s sisters, said she and other family members plan to attend King’s execution.

“I think it will be a message to the world that when you do something horrible like that, that you have to pay the high penalty,” she said.

Harris said she doesn’t expect King to be remorseful. Brewer said nothing to Byrd’s family before he was put to death.

“All they are going to do is go to sleep. But half the things they did to James, all the suffering he had to go through, they still get an easy way out to me,” Harris said.

Billy Rowles, who led the investigation into Byrd’s death when he was sheriff in Jasper County, said after King was taken to death row in 1999, he offered to detail the crime as soon as his co-defendants were convicted. When Rowles returned, all King would say was, “I wasn’t there.”

“He played us like a fiddle, getting us to go over there and thinking we’re going to get the rest of the story,” said Rowles, now the sheriff of neighboring Newton County.

A week before Brewer was executed in 2011, Rowles said he visited Brewer, who confirmed “the whole thing was Bill King’s idea.”

Mylinda Byrd Washington, another of Byrd’s sisters, said she and her family will work through the Byrd Foundation for Racial Healing to ensure her brother’s death continues to combat hate everywhere.

“I hope people remember him not as a hate crime statistic. This was a real person. A family man, a father, a brother and a son,” she said.