Cooling down with more rain chances this week 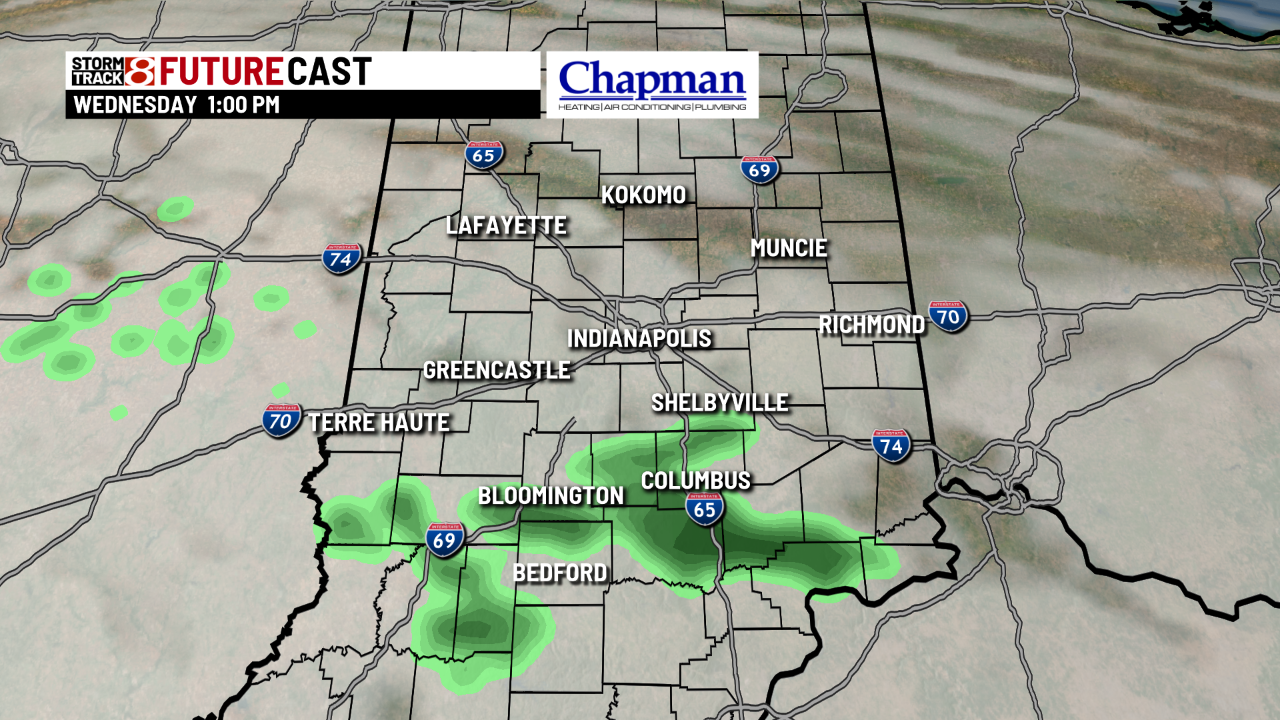 INDIANAPOLIS (WISH) — Highs return closer to average for the second half of the week.

After a cloudy and cooler day, dry air setetles in across central Indiana. Can’t rule out a spotty shower for some of our southern counties this evening, but should be relatively quiet for much of the state.

Clouds will clear out overnight from north to south. With that, a wide range of temperatures are expected before you wake up tomorrow morning, with chilly lows in the upper 30s up north, and close to 50° down south.

Another day with cloud cover. Can’t rule out a few scattered showers during the early to mid afternoon hours, with the best chances happening for the southern half of the state.

Highs top out in the middle 60s.

Better rain chances move in, but again, likely stay in southern portions of Indiana. Expect widespread showers for much of the day well south of I-70. For everyone else, mostly cloudy conditoins, with highs in the upper 60s.

A brief period of dry weather settles in Friday before our next storm system moves in for the first half of the weekend. Expecting showers and a few thunderstorms for Saturday, but should clear out in time to salvage the back half of the weekend Sunday. Temperatuers should rebound back to the 70s ealry next week.