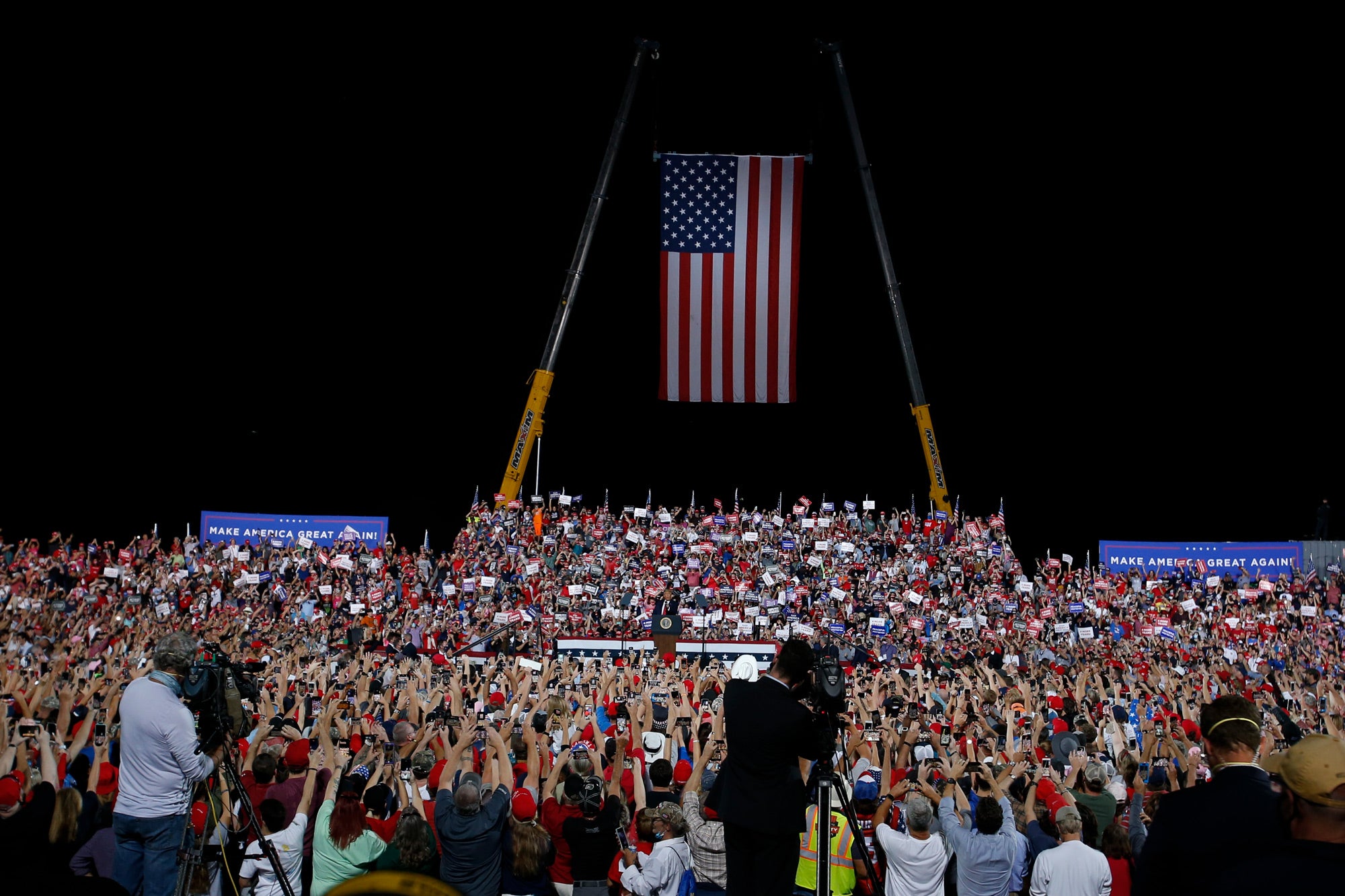 (CNN) — Two people who attended one of President Donald Trump’s recent rallies in North Carolina have tested positive for the coronavirus.

The Gaston County Health & Human Services Department said in a statement Thursday that there have been two positive Covid-19 cases “involving individuals attending the recent campaign rally in Gastonia.”

The department stressed that the cases are “not thought to be an indication of spread from the rally at this time, but rather two independent cases among individuals who were in attendance.” The event took place at Gaston Municipal Airport on October 21.

Trump rallied last Wednesday in the Charlotte suburb, where he told attendees the pandemic was “rounding the corner.” Trump was due to return on Thursday but postponed that rally citing “gusts reaching 50 miles per hour and other weather conditions,” according to an email sent by his campaign.

Health officials said that due to the number in attendance last week they are unable to properly contact trace those who may have been exposed.

“Because of the large number of potential contacts from the rally, and the inability to alert them directly, the community is being notified so they can assess their own risk and take appropriate actions,” the health department statement said. “Anyone who was in attendance at the rally is encouraged to monitor their symptoms and seek testing if needed.”

One of the people who tested positive, a reporter who covered the rally for a local TV station, confirmed his positive test on Twitter.

Goldner said that he has contacted everyone who he “interviewed or interacted with” before the positive test result, and that he was wearing a mask at the entire rally, but “Secret Service protocols” occasionally made social distancing not possible.

WCNC Charlotte confirmed the positive test in a statement on its website.

When reached by CNN, the Trump campaign pointed to the county health department’s statement. The Secret Service had no comment.

North Carolina is seeing high case counts and hospitalizations from Covid-19 as the virus continues spreading throughout the state, Gov. Roy Cooper, a Democrat, said Wednesday.

The state has seen nearly 270,000 cases of Covid-19 resulting in 4,283 deaths, according to Johns Hopkins University’s tally of cases in the United States.

“We too often let our guard down when we are with people we know and trust. But knowing and trusting doesn’t stop the virus,” he said.

Cohen said last week alone the state had more than 70,000 contacts to trace. Cohen said while people are picking up the phone, people have been hesitant to give out information.