90-day review into origins of COVID ends, but public may have to wait on unclassified report 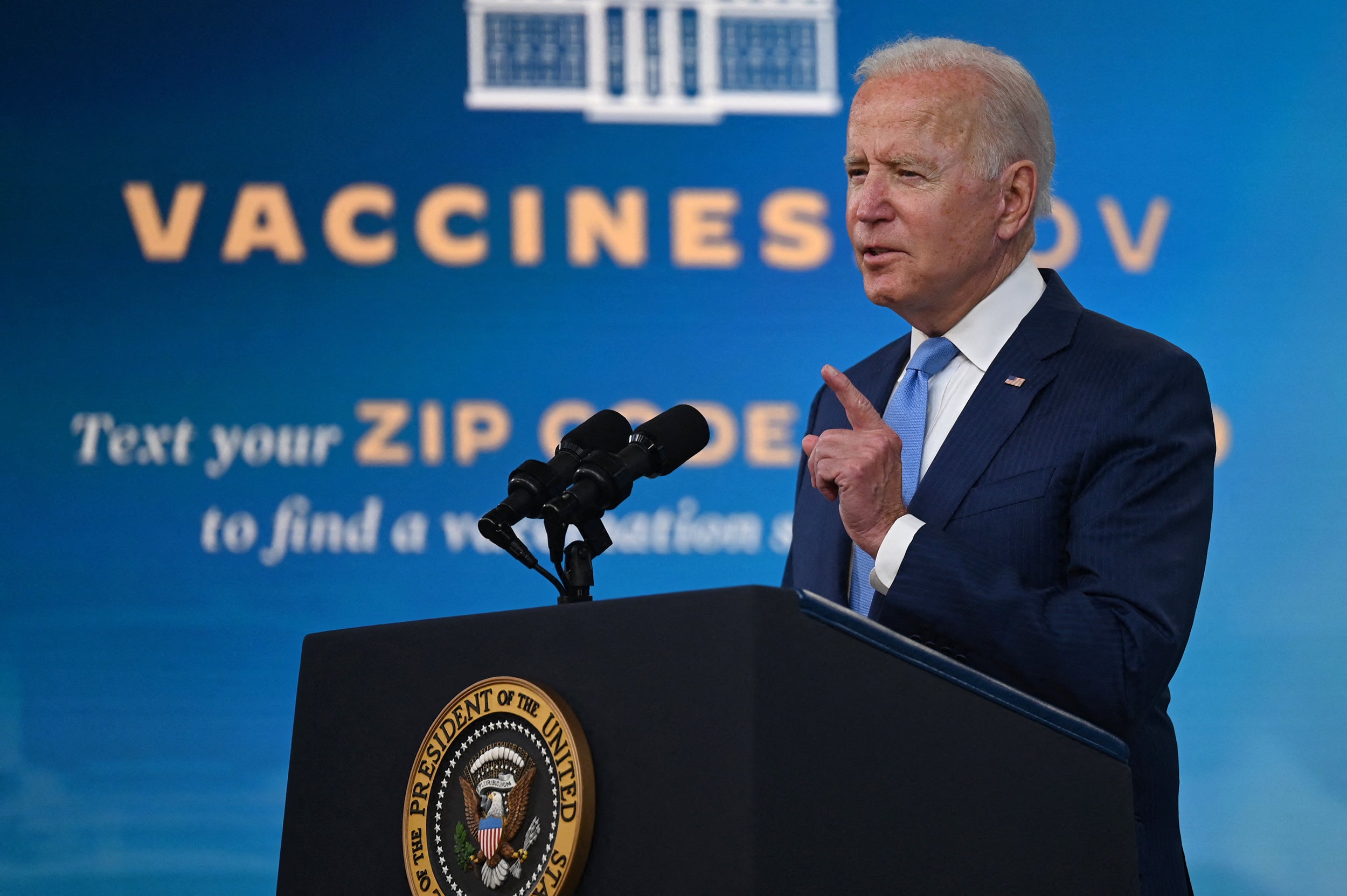 US President Joe Biden delivers remarks on the Covid-19 response and the vaccination program at the White House on August 23, 2021 in Washington,DC. - The US Food and Drug Administration on Monday fully approved the Pfizer-BioNTech Covid vaccine, a move that triggered a new wave of vaccine mandates as the Delta variant batters the country.Around 52 percent of the American population is fully vaccinated, but health authorities have hit a wall of vaccine hesitant people, impeding the national campaign. (Photo by Jim WATSON / AFP) (Photo by JIM WATSON/AFP via Getty Images)
by: By Kaitlan Collins, Kate Sullivan and Zachary Cohen, CNN
Posted: Aug 25, 2021 / 12:03 PM EST / Updated: Aug 25, 2021 / 12:04 PM EST

(CNN) — It has now been 90 days since President Joe Biden ordered the intelligence community to investigate the origins of Covid-19, but the public may have to wait a few more days to view an unclassified version of that report.

In May, Biden told US intelligence agencies to “redouble” their efforts in investigating the origins of the Covid-19 pandemic, including the possibility that it emerged from a lab accident, and report back to him in 90 days. After months of work, that review ended Tuesday.

The President was briefed on the findings of the report Tuesday, two administration officials told CNN.

All the agencies in the intelligence community, though, had low confidence in either of the Covid-19 origin theories — a lab accident or natural emergence — and were switching sides as recently as Friday, a source familiar with the process told CNN. But the White House and Director of National Intelligence Avril Haines were very focused on making the deadline, the source added.

The intelligence community is preparing an unclassified summary of the report that can be released to the public. Lawmakers are expected to be briefed on the findings in coming days, then the unclassified version will be made public, the administration officials said.

The unclassified report could come this week, White House press secretary Jen Psaki said Monday. CNN reported earlier this month that it is not expected to be groundbreaking. Biden tasked the intelligence community with declassifying as much of the report as possible.

“I would say it typically takes a couple of days if not longer to put together an unclassified version to present publicly and obviously the President would be briefed first on any findings,” Psaki said at a White House press briefing on Monday.

Psaki continued: “So I don’t have an exact date for you, but I will expect it will be several days, a couple to several days after tomorrow.”

Sources familiar with the initial report told CNN earlier this month that after three months of poring over data and raw intelligence, the intelligence community was still divided over the two theories — one suggesting the virus originated from a lab in Wuhan, China, and the other suggesting it jumped naturally to humans from animals.

The intelligence community’s inability to present one theory with high confidence after three months of intense work underscores just how difficult it is to probe the origins of the Covid-19 pandemic.

China has refused to share information from the early days of the coronavirus pandemic, and that lack of transparency has been a major hurdle in the process. The Chinese government has maintained the virus originated and spread naturally.

CNN reported earlier this month that intelligence agencies had obtained a trove of genetic data drawn from virus samples at the lab in Wuhan that some officials believe could have been the source of the outbreak. It was unclear at the time whether officials had finished analyzing that data.

Intelligence officials have also taken a fresh look at signals intelligence, including intercepted communications and satellite imagery, that could provide clues.

Earlier this year, a US intelligence report found several researchers at China’s Wuhan Institute of Virology fell ill in November 2019 and had to be hospitalized. It was a new detail that fueled fresh public pressure on Biden to delve deeper into the origin of the virus.

In March, Biden directed his national security adviser, Jake Sullivan, to task the intelligence community with preparing a report on the most up-to-date analysis of the origins of the Covid-19 pandemic. Biden said he received that report in May and then asked for additional follow-up.

Separately, a team of experts commissioned by the World Health Organization said in a commentary Wednesday that the chance to find out where the pandemic really started is disappearing as people’s immune responses fade away and any evidence in the bodies of animals vanishes.

“The window of opportunity for conducting this crucial inquiry is closing fast: any delay will render some of the studies biologically impossible,” Marion Koopmans, head of the Department of Viroscience at Erasmus Medical Center in the Netherlands, EcoHealth Alliance president Peter Daszak and colleagues wrote in a commentary in Nature. “Understanding the origins of a devastating pandemic is a global priority, grounded in science.”