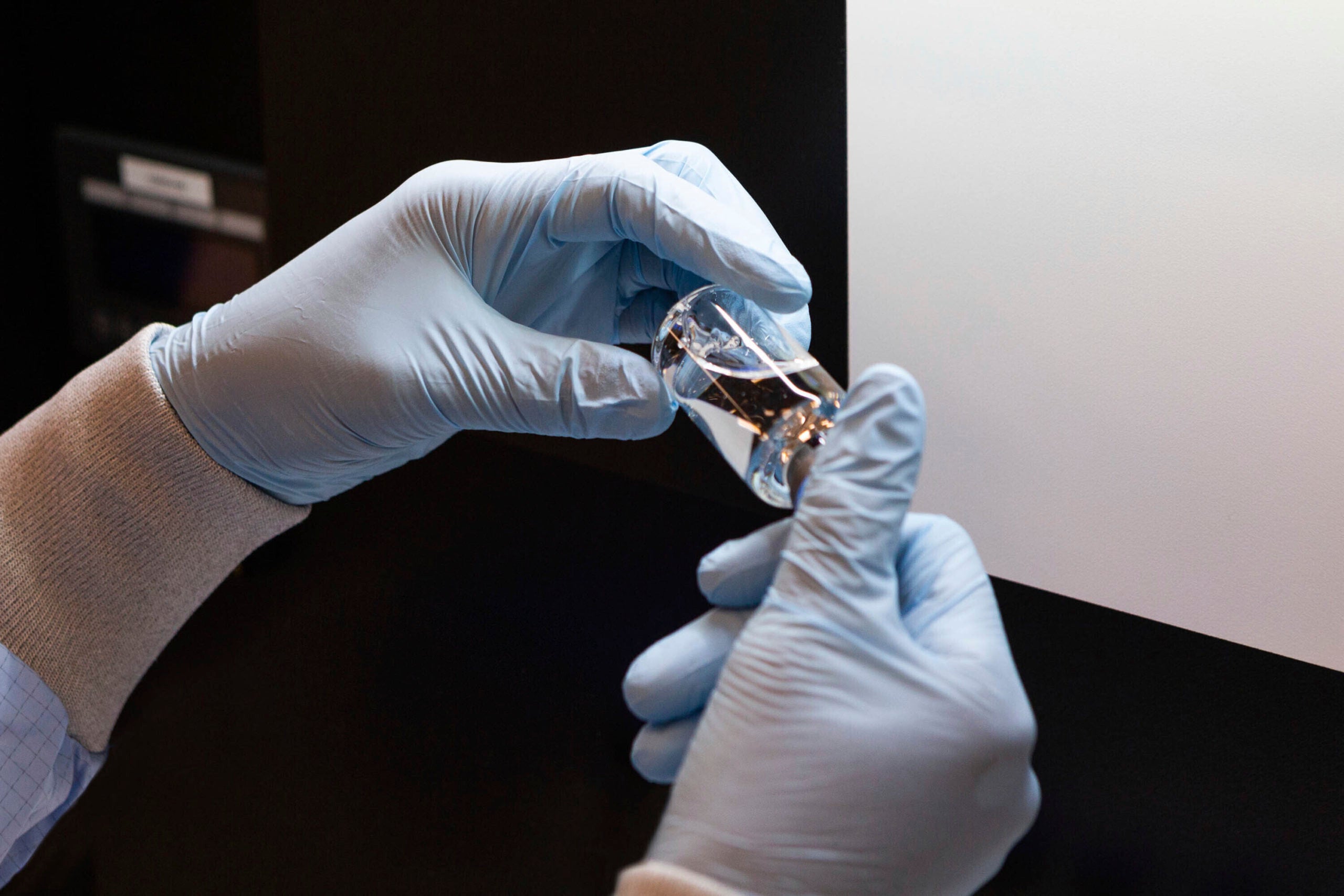 In this March 2020 photo provided by Gilead Sciences, a vial of the investigational drug remdesivir is visually inspected at a Gilead manufacturing site in the United States. Given through an IV, the medication is designed to interfere with an enzyme that reproduces viral genetic material. (Gilead Sciences via AP)
by: Dr. Mary Gillis, D.Ed.
Posted: May 29, 2020 / 06:15 PM EST / Updated: May 29, 2020 / 06:15 PM EST

INDIANAPOLIS (WISH) — An antiviral drug used to treat SARS and MERS shows promise in the battle against COVID-19, according to a preliminary report.

The researchers, led by John Beigel, M.D., from the National Institute of Allergy and Infectious Disease (NIAID), randomized 1,063 COVID-19 patients into a treatment group or a control group. According to the report, 541 participants received remdesivir injections while the remaining 522 received a saline solution. Neither the doctors nor the patients knew what treatment they had received over the 29-day study period.

Patients’ ages ranged between 43 to 73 years old. Sixty-five percent of participants were male. The primary outcome was time to discharge, or how quickly the patients were sent home from the hospital and whether that time differed between the two groups.

Patients who received intravenous remdesivir averaged an 11-day discharge compared to the control group, which averaged 15. The 4-day difference marked a 32% quicker time to recovery. The study is ongoing.

“Remdesivir is superior to a placebo in shortening the time to recovery in adults hospitalized with COVID-19 and evidence of lower respiratory tract infection,” authors say in the report published online in the New England Journal of Medicine on May 22, 2020.

These findings are in line with a previous clinical trial using the same methods. The findings were published in the May issue of The Lancet and the outcome was also time to hospital discharge. COVID-19 patients administered remdesivir recovered in 21 days, compared to the 23 days it took for the infection to clear in the placebo group.

On May 1, the U.S. Food and Drug Administration issued an emergency use authorization for the use of remdesivir in treating coronavirus patients after it was found effective in preventing the virus from spreading in a test tube.

Remdesivir is part of the federal government’s project “Operation Warp Speed,” an initiative by the White House Coronavirus Task Force to expedite the process of finding COVID-19 treatments. To date, the virus has taken the lives of over 100,000 U.S. citizens and 360,000 people worldwide.

Gilead trials are part of the nearly 100 international vaccine trials. Other top players include pharmaceutical companies AstraZeneca and Moderna.