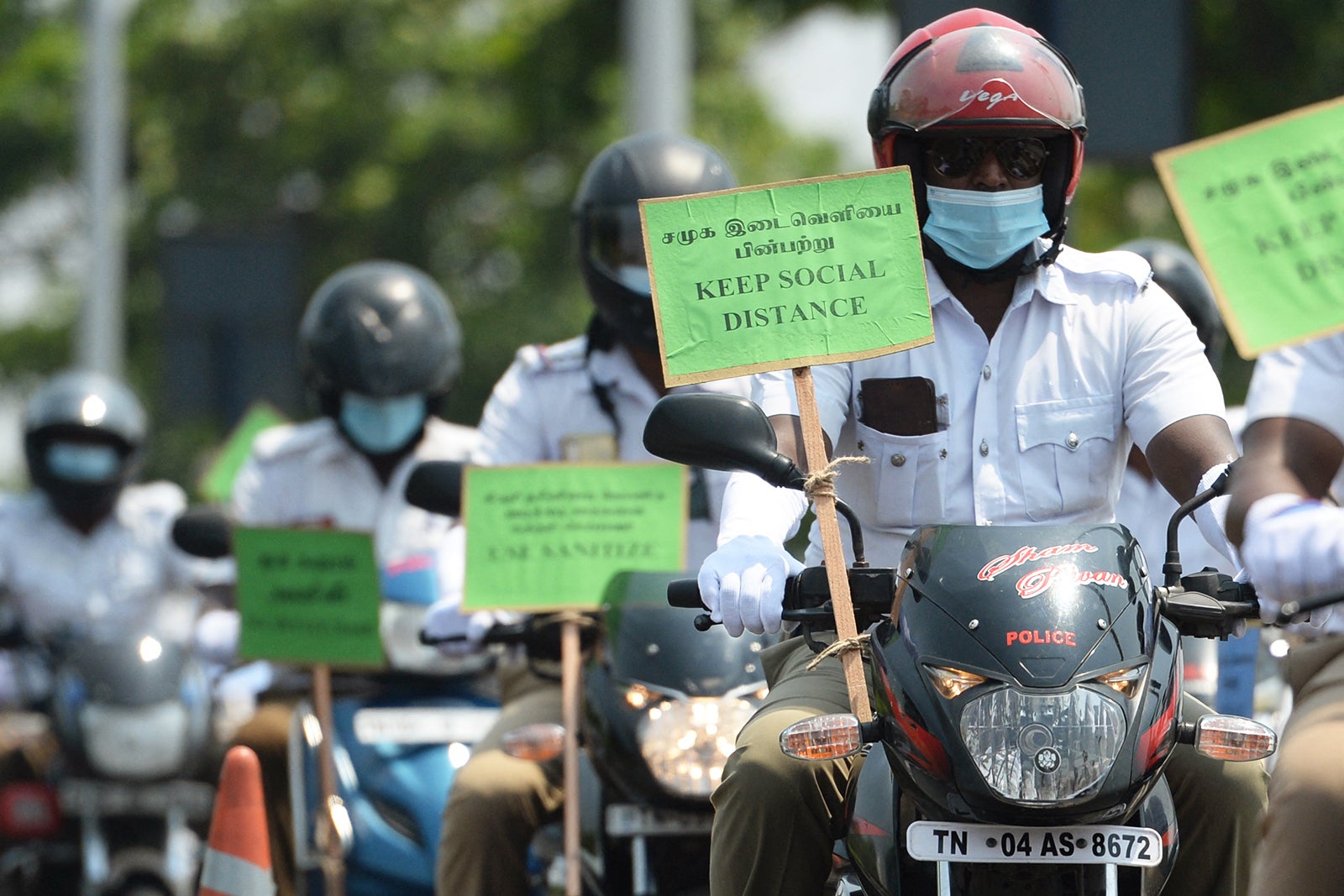 (CNN) — The Biden administration has confirmed that the United States will restrict travel from India starting on Tuesday in response to the surge of coronavirus cases and variants being observed in the country.

“On the advice of the Centers for Disease Control and Prevention, the Administration will restrict travel from India starting immediately,” White House press secretary Jen Psaki said in a statement on Friday. “The policy will be implemented in light of extraordinarily high COVID-19 caseloads and multiple variants circulating in the India. The policy will take effect on Tuesday, May 4.”

The administration will issue a 212(f) order restricting entry into the United States for foreign nationals who have been in India within the previous 14 days, a source familiar with the move said. Airlines have been told of the decision, a source said.

The new policy will take effect on Tuesday at 12:01 am ET.

The policy will not apply to American citizens, lawful permanent residents or other people with exemptions. As with all international travelers, individuals who fit that criteria traveling from India must still test negative prior to leaving the country, quarantine if they have not been vaccinated and test negative again upon reentering the United States from India. The restrictions also do not apply to humanitarian workers.

The White House informed congressional offices on Friday of the move.

Harris is the first Black and South Asian Vice President, with family members still living in Delhi, India. Asked what her sense is for people with loved ones in India who hear about restrictions and have concern, she said, “People are worried. No question. People are worried.”

“It is important to note, as I said earlier, that we have a responsibility as the United States in particular, as it relates to the people that we have partnered with over the years, to step up when people are in a time of need,” Harris continued. “And as it relates to the people of India, we have long standing decades old relationship with India, with the Indian people, in particular around public health issues.”

She added said that on Friday night, the United States would be sending a plane of supplies, including oxygen, “with an expectation that that will provide some level of relief.”

India recorded 386,452 COVID-19 cases on Friday, another record daily rise of cases, according to a CNN tally of figures from the Indian Ministry of Health.

A day before the U.S.’ upcoming travel restrictions on India were announced, India’s national airline, Air India, had said it was planning to reintroduce near pre-pandemic frequency of direct flights to the United States in the first half of May. A number of countries — including the United Kingdom, France, Italy and Canada — have placed travel restrictions, ranging from quarantines to outright bans on travel from India.

On Wednesday, the World Health Organization (WHO) said that India accounted for 38% of global coronavirus cases recorded in the week leading up to April 25.

As of Thursday evening, more than 152 million vaccine doses have been administered. More than 26.7 million people have received their second doses, which is approximately 2% of India’s 1.3 billion population being vaccinated, according to a press release issued by the health ministry on Thursday.

India launched its vaccination drive on January 16 and will open up vaccinations to everyone above the age of 18 on Saturday, but some states have indicated that they will not be ready for that vaccination rollout. Mumbai’s municipal administration also announced the suspension of all COVID-19 vaccinations across the city Thursday evening due to a shortage.

The Indian government on Friday invoked special provisions and granted emergency financial powers to the Armed Forces to combat the second wave of COVID-19 in the country, the country’s Defense minister, Rajnath Singh, announced on Twitter.

Earlier in the week, Biden pledged to Indian Prime Minister Narendra Modi that the United States would provide “a range of emergency assistance, including oxygen-related supplies, vaccine materials, and therapeutics.”

And the White House said Wednesday it was delivering supplies worth more than $100 million in the coming days to provide urgent relief to India. U.S. shipments of personal protective equipment, oxygen, coronavirus test kits, masks have been sent to the country.

The President and the White House have also indicated they would ship doses of the AstraZeneca vaccine to other countries, including India, in the coming months after passing a safety review by the U.S. Food and Drug Administration.

This story has been updated with additional reporting