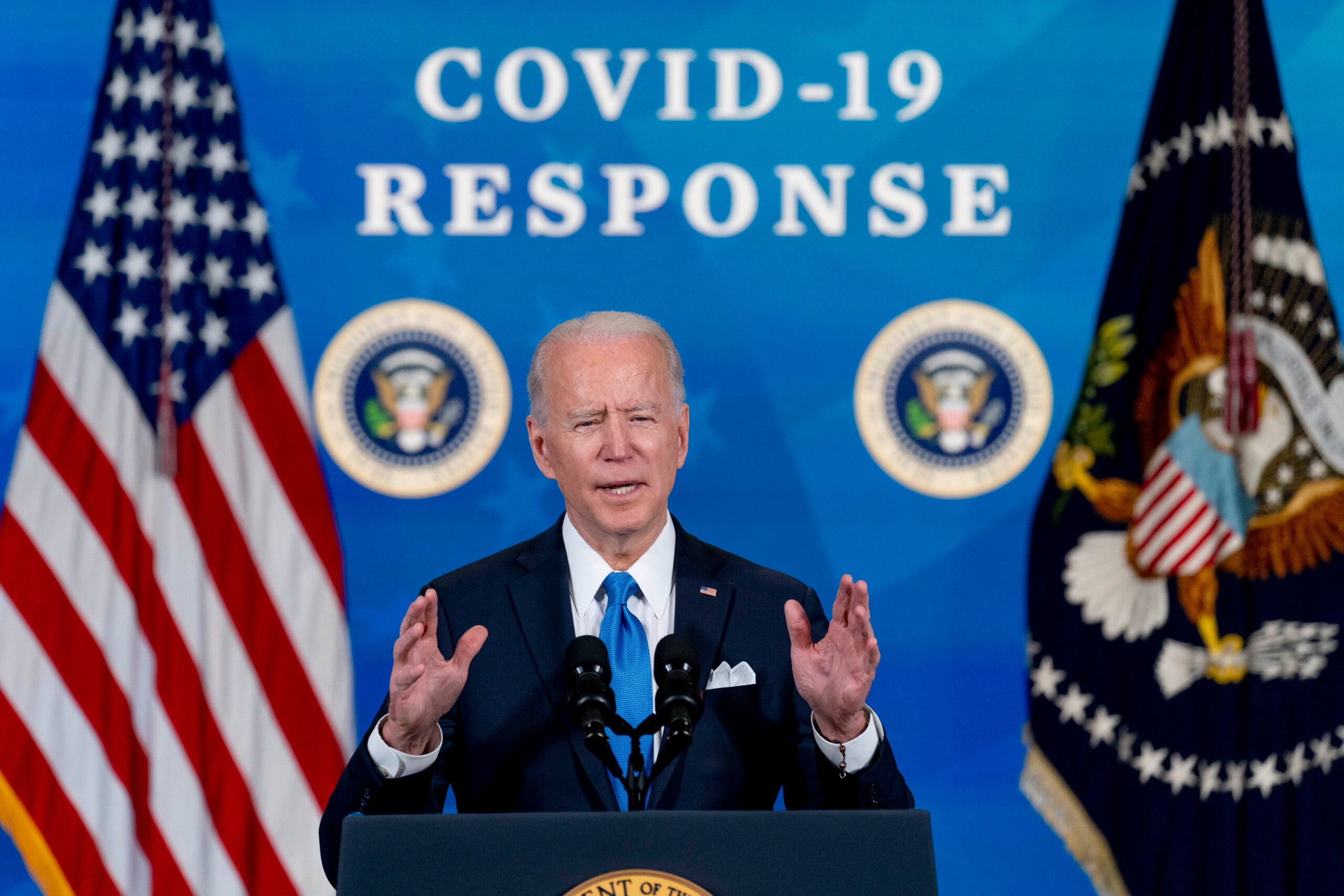 “This historic legislation is about rebuilding the backbone of this country and giving people in this nation, working people, middle class folks, people who built the country, a fighting chance,” Biden said in the Oval Office before signing the legislation. “That’s what the essence of it is.”

Congress on Wednesday passed the relief package, which has been Biden’s first and most pressing legislative priority since taking office in January.

Biden had originally been expected to sign the bill on Friday. White House chief of staff Ron Klain said the enrolled bill arrived at the White House on Wednesday night, “so @POTUS is signing it today — we want to move as fast as possible.”

Klain added: “We will hold our celebration of the signing on Friday, as planned, with Congressional leaders!”

“Because Congress enrolled the bill more quickly than we anticipated, the President will sign the American Rescue Plan into law today within the hour. @VP will join him in the oval. And tomorrow they will holding a signing event here @WhiteHouse,” White House press secretary Jen Psaki said in a tweet.

Key features of the plan include up to $1,400-per-person stimulus payments that will send money to about 90% of households, a $300 federal boost to weekly jobless benefits, an expansion of the child tax credit of up to $3,600 per child and $350 billion in state and local aid, as well as billions of dollars for K-12 schools to help students return to the classroom, to assist small businesses hard-hit by the pandemic and for vaccine research, development and distribution.

Psaki told reporters during Thursday’s White House briefing that Americans will start seeing stimulus checks in their bank accounts as early as this weekend, moving up the previous timeline the administration laid out, saying checks would only begin to go out at the end of the month.

The checks will begin to hit bank accounts this weekend for those who have their direct deposit info on hand at Treasury and the IRS, Psaki said.

Later on Thursday, Biden will deliver his first prime-time address to the nation to mark the one-year anniversary of the COVID-19 pandemic shutdown.

Biden’s speech will focus on the lives lost to the pandemic, the sacrifices the American people have made and will lay out next steps in tackling the pandemic, according to a White House official. Biden will “level with the American people about what is still required to defeat the virus and provide a hopeful vision of what is possible if we all come together,” the official said.

More than 529,400 Americans have died from COVID-19 as of Thursday afternoon, according to Johns Hopkins University.

As the Biden administration ramps up vaccination efforts across the nation, officials have stressed that funding from Congress in needed to get the vaccines into the arms of every American. Biden’s COVID-19 relief package provides $14 billion for researching, developing, distributing, administering and strengthening confidence in vaccines.

More than 95.7 million Covid-19 vaccine doses have been administered across the nation, according to the US Centers for Disease Control and Prevention. There are three COVID-19 vaccines that have received emergency use authorization from the US Food and Drug Administration from Pfizer/BioNTech, Moderna and Johnson & Johnson.