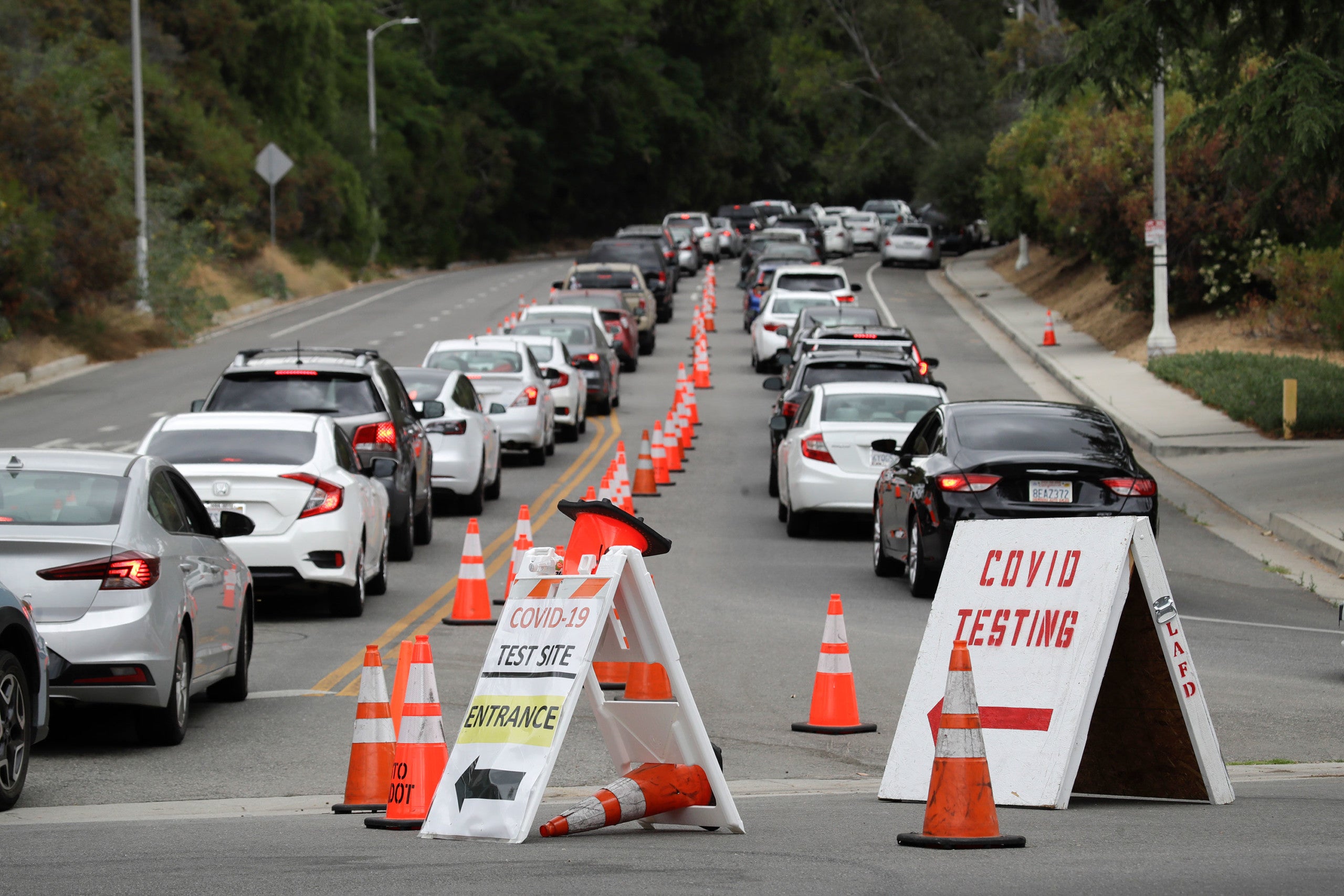 (CNN) — A top US health official made another plea Tuesday for Americans — especially younger ones — to wear masks to curb the spread of the coronavirus as case numbers surge across much of the country.

The comments to a US Senate committee hearing on the virus came as at least 17 states have paused or rolled back their reopening plans in response to a surge in new infections.

Meanwhile three states once seen as the epicenter of the epidemic in the US — New York, New Jersey and Connecticut — expanded their list of states from which they’ll ask visitors to quarantine upon arrival.

It is “critical” that Americans “take the personal responsibility to slow the transmission of COVID-19 and embrace the universal use of face coverings,” Dr. Robert Redfield, director of the US Centers for Disease Control and Prevention, said Tuesday.

“Specifically, I’m addressing the younger members of our society, the millennials and the Generation Zs — I ask those that are listening to spread the word,” he said.

The CDC urges everyone to wear a cloth face cover in public, primarily in case the wearer is unknowingly infected but does not have symptoms. Dr. Deborah Birx, the White House coronavirus task force coordinator, also has said there’s growing evidence masks could help prevent the wearer from becoming infected, too.

The US has reported more than 2.6 million cases of the virus and at least 126,360 deaths, according to Johns Hopkins University. State and local leaders have said case rates have been rising in much of the country, driven in part by gatherings, both in homes and in places like bars — which some experts have called the perfect breeding ground for the virus.

“Masks are extremely important,” the head of the National Institute of Allergy and Infectious Diseases, Dr. Anthony Fauci, said Tuesday at the same Senate committee hearing. “It’s people protecting each other. Anything that furthers the use of masks, whether it’s giving out free masks or any other mechanism, I am thoroughly in favor of.”

Among the 17 states pausing or rolling back their reopening plans is California, whose governor shut bars back down across seven counties and recommended their closure in several more.

In Texas, bars have been ordered shut, while Florida suspended on-site alcohol consumption statewide. Arizona shut down its bars, gyms, and other businesses for a month. Beaches in Miami, Fort Lauderdale and Palm Beach were also ordered closed for the upcoming holiday weekend.

New York Gov. Andrew Cuomo announced Monday the state will decide later this week whetherto slow the reopening of indoor dining in New York City as it has “been shown to pose risks in other states.”

The nation’s rising case count has had ripple effects internationally. The European Union, which had shut its external borders because of coronavirus, agreed Tuesday to a list of 14 nations from which it will now accept travelers. The United States isn’t on it, because its current COVID-19 infection rate is too high, the EU says.

New York, New Jersey and Connecticut are now asking people traveling from eight more states to self-quarantine upon arrival — bringing their list to 16 — because of coronavirus concerns.

The list requires people arriving from those states to quarantine for 14 days.

In New York, violators could be subject to a judicial order and mandatory quarantine, with fines of $2,000 for the first violation, $5,000 for the second violation, and $10,000 if harm is caused, Gov. Andrew Cuomo said.

Massachusetts announced Tuesday it is doing something similar. All arriving travelers, including returning residents, must self-quarantine for 14 days — unless they’re coming from seven Northeastern states, Gov. Charlie Baker said.

The rethinking of how to safely reopen the US comes as 36 states have showed an upward trend in average new daily cases — an increase of at least 10% — over the last seven days, as of Tuesday, according to data from Johns Hopkins.

‘We barely survived the first shutdown’

Meanwhile, the climb in cases means many businesses across the country have been forced to shut down a second time, which some owners say may prove devastating.

In Texas, after the governor ordered bars closed again last week, one owner in Houston told CNN he is filing for unemployment.

On Tuesday, bar owners from across the state rallied outside the capitol building in Austin, protesting the closures.

Joining them was Shelley Luther, a Dallas hair salon owner who was jailed in May for defying the state’s stay-at-home order and reopening her businesses early. She spoke to the protesters, video from CNN affiliate KXAN shows.

“Gov. Abbott … I know you’re tired of hearing from me, but that means you need to start listening. Just as we said with the salons, we’re going to say with the bars — ‘Come and get us!’ ” she said.

In Florida, which suspended on-site alcohol consumption, people running one Jacksonville bar said they were worried about what closing their doors a second time will mean.

“We barely survived the first shutdown and once we were allowed to re-open in Phase 2, were very strict about following all CDC guidelines,” a spokesperson for the Volstead bar said.

In Arizona, where the governor on Monday announced perhaps one of the most sweeping rollbacks yet, many businesses were forced to shut down, this time for at least 30 days.

Swine flu with ‘pandemic potential’ is not an immediate threat, experts say

Chinese researchers have announced a recently discovered type of swine flu, but scientists around the world say that the virus does not appear to currently pose an immediate global health threat.

The G4 virus, which is genetically descended from the H1N1 swine flu that caused the 2009 pandemic, was described in a study published in the Proceedings of the National Academy of Sciences on Monday.

G4 already appears to have infected humans in China. In Hebei and Shandong provinces, both places with high pig numbers, more than 10% of swine workers on pig farms and 4.4% of the general population tested positive in a survey from 2016 to 2018.

Dr. Angela Rasmussen, a virologist at Columbia University’s public health school who was not involved in the study, warned the public not to “freak out.”

“Our understanding of what is a potential pandemic influenza strain is limited,” Rasmussen posted on Twitter on Monday.