COVID-19 deaths should start dropping across US by next week, CDC chief says 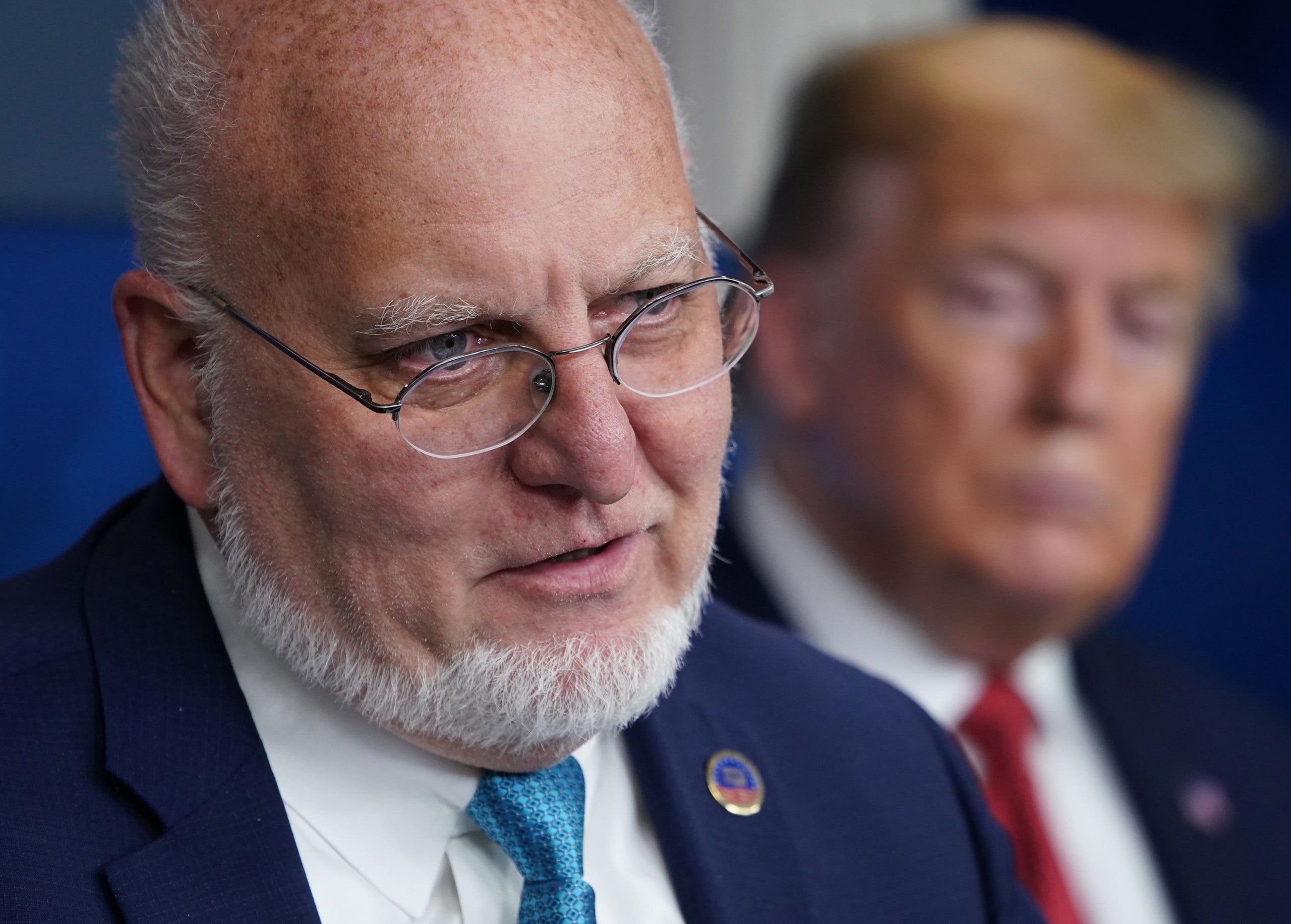 (CNN) — Covid-19 deaths in the US should start dropping around parts of the country by next week, the US Centers for Disease Control and Prevention director said, as Americans stick to mitigation efforts that help curb the spread of the virus.

So far, more than 5.5 million Americans have been infected and at least 174,255 have died, according to Johns Hopkins University. The country’s seven-day average for daily deaths has topped 1,000 for at least 24 days in a row.

“It is important to understand these interventions are going to have a lag, that lag is going to be three to four weeks,” Redfield said in an interview with the Journal of the American Medical Association. “Hopefully this week and next week you’re going to start seeing the death rate really start to drop.”

The daily average of new cases in the US has been on the decline for weeks. Redfield’s message comes as one Trump administration official said Covid-19 case trends are now “going in the right direction.”

But Redfield warned that while officials have observed cases fall across red zones in the country, cases in yellow zones across the heart of the US aren’t falling.

“We don’t need to have a third wave in the heartland right now,” he said. “We need to prevent that.”

In rural areas, superspreading events have been especially important in helping drive the pandemic, researchers in Georgia said this week.

Superspreading events like parties, conferences and large gatherings have been cautioned against by leaders throughout the country. Earlier this month, experts raised concern about a motorcycle rally in a small South Dakota town which was expected to bring tens of thousands of visitors.

Biostatistician Max Lau of Emory University and a team analyzed Georgia health department data in more than 9,500 Covid-19 cases in four metro Atlanta-area counties and Dougherty County in rural southwestern Georgia between March and May.

“Overall, about 2% of cases were directly responsible for 20% of all infections,” they wrote in their report.

Younger people were more likely to spread the virus than people over 60, the Georgia study showed.

In Ohio, the governor said that while the state has seen a significant decrease in cases across urban areas, infections have increased in rural areas.

“Spread is primarily, we’re seeing in social situations, family gatherings where people are unmasked, and in close contact and basically let their guard down,” Ohio Gov. Mike DeWine said Thursday.

Experts have for long said the true number of infections throughout the country is likely many times higher than the cases reported.

On Thursday, Redfield said as many as 60 million Americans could have contracted the virus — more than 10 times the number of cases recorded.

“I think if you’re going to do a crude estimate, somewhere between 30 and 60 million people — but let’s let the data come out and see what the data shows,” he said.

There are many reasons behind why the number of true infections remain uncertain.

Many cases were missed early on in the pandemic due to a lack of testing capacity. And many Americans who never got tested in the first place could recover from the virus without ever knowing they had it. Last month, the CDC estimated about 40% of people infected with the virus don’t show symptoms.

Meanwhile, amid a turbulent back-to-school season the White House made a new push for a return to education normalcy.

Teachers were declared essential workers in what is the administration’s latest effort to pressure school districts to bring students back this fall.

Under Department of Homeland Security guidance issued this week, teachers are now considered “critical infrastructure workers,” and are subject to the same kinds of advisories as other workers who have born that label — such as doctors and law enforcement officers.

Guidance for essential workers state they can continue to work even after exposed to a confirmed case of the virus, as long as they remain asymptomatic.

Across the US, institutions have been torn between remote instruction or implementing dozens of new measures to prevent virus clusters around in-person learning. Many teachers have protested a return to in-person instruction, saying doing so could prove deadly. Some have opted to resign instead of going back to class amid the pandemic.

In Arizona, three teachers who shared a classroom teaching online during the pandemic all contracted the virus earlier this summer, despite following safety protocols. One of them died less than two weeks after being hospitalized.

As some schools reopened, more than 2,000 students, teachers and staff members across several states were asked to quarantine following more than 200 positive cases reported.

And as university campuses now welcome students into dorms, colleges across at least 15 states have reported Covid-19 cases, tracing back to athletics, Greek life or off-campus gatherings.