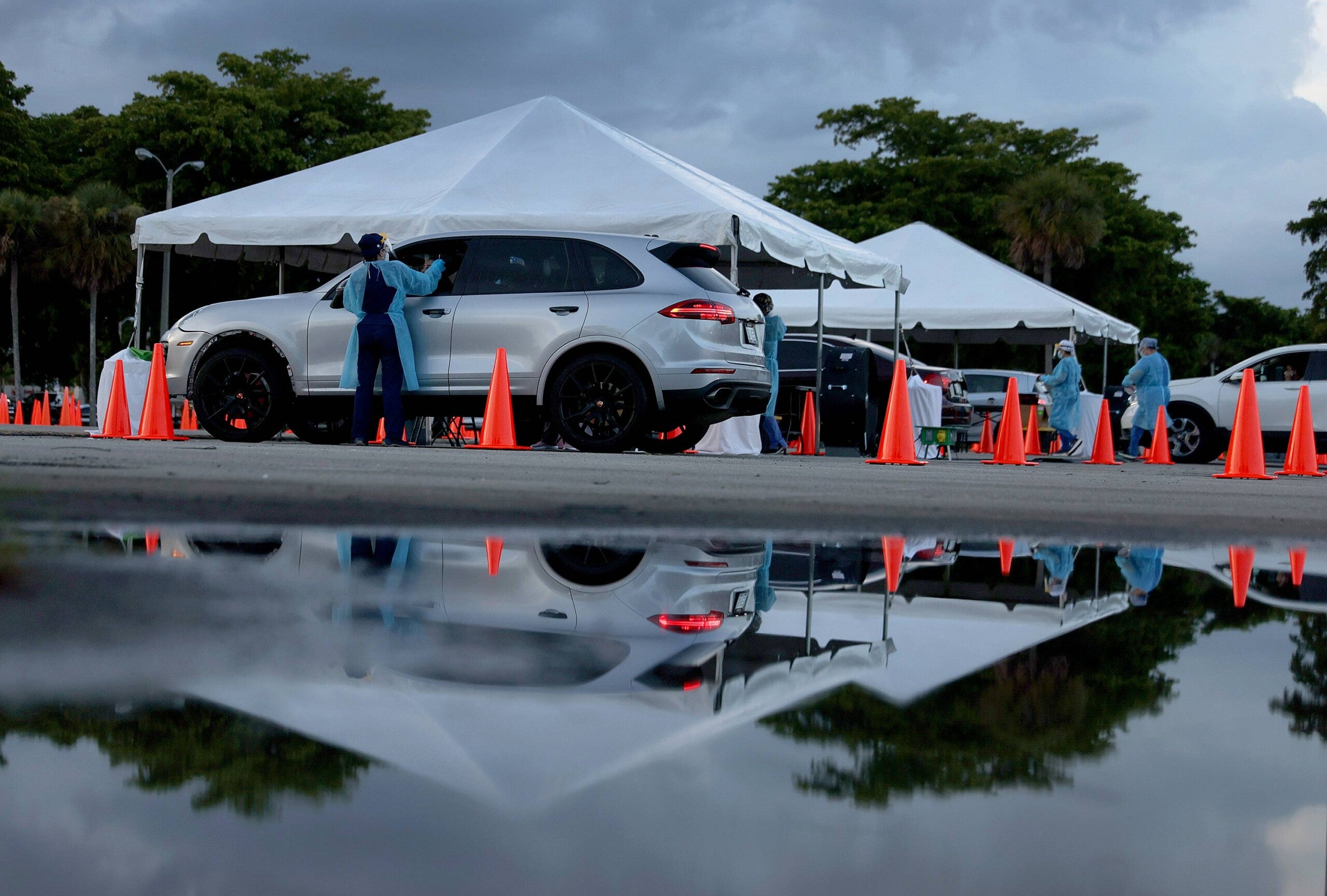 (CNN) — The country’s Covid-19 case rates have generally soared since the start of the summer as the highly contagious Delta variant spread — and the current average is more than three times higher than it was a year ago.

Hospitalizations and daily Covid-19 deaths also have risen lately, and where these counts go from here is “up to us,” Dr. Anthony Fauci told CNN on Tuesday.

“We have 75 million people in this country who are eligible to be vaccinated who are not yet vaccinated. If we get the overwhelming majority of (these people) vaccinated, we could turn this around even as we go into the cooler weather of the fall,” Fauci, director of the National Institute of Allergy and Infectious Diseases, said.

This comes as President Joe Biden is set to deliver a major address on the next phase of his pandemic response this week, two sources familiar with the speech tell CNN.

While officials were still finalizing specifics early this week, the speech will have multiple components related to schools, private companies and requirements for federal employees, the sources said.

Average daily cases have wobbled downward in the past few days — but they still are more than 12 times higher than what they were at the start of summer, when the Delta variant gained dominance.

The jump in cases has translated into overcrowded hospitals and a rise in infections among children — of particular concern as many students return to their classrooms. And experts fear that a holiday weekend could make matters worse.

More than 99,800 Covid-19 patients were in US hospitals on Monday. That number has dipped in recent days, but is still significantly higher than June 29, when the country saw a 2021 low of 16,152, according to the US Department of Health and Human Services.

Last week, the US Centers for Disease Control and Prevention Director Dr. Rochelle Walensky advised unvaccinated Americans not to travel for the holiday and reminded vaccinated people that the high rate of virus transmission meant that it could be risky for them to travel as well.

The risk played out last year, when cases surged in 31 states and the positivity rate went up in 25 of them only two weeks after the Labor Day holiday.

Besides the Delta variant, one difference between this year and last year is that Americans over 12 years old can get Covid-19 vaccines, which experts say is the best defense against the virus.

But only 53% of the total US population is fully vaccinated, and just 62% of eligible Americans are, according to the CDC, leaving tens of millions very vulnerable.

“Here’s the important thing: Everyone that I’m hospitalizing is not vaccinated. We are, by and large across the country, not needing to hospitalize people that have gotten both doses of the vaccine,” Dr. Megan Ranney, professor of emergency medicine and associate dean at Brown University’s school of public health, said. “This is a disease of the unvaccinated right now.”

Alabama, Wyoming, Idaho, Mississippi and West Virginia all have less than 40% of their populations vaccinated, according to the CDC. Two of those states, Alabama and Mississippi, are also contending with their more than 90% ICU utilization.

Georgia, Arkansas, Texas and Florida join those states in less than 10% ICU capacity, according to data from the US Department of Health and Human Services.

“The takeaway for everyone is get your shots and certainly wear a mask for that added layer of protection if you’re in public indoor spaces right now,” Ranney said.

As for deaths: The US averaged more than 1,469 Covid-19 deaths a day over the past week as of Monday, according to Johns Hopkins — a little lower than it was just days ago, but still significantly higher than the low average of 2021, which was 218 daily back on July 5.

The US has now tallied more than 40 million Covid-19 cases across the pandemic, with more than 4 million of them reported in the last four weeks alone, according to data from Johns Hopkins University.

The count comes with a caveat: 40 million represents just officially reported positive test results, and many experts believe the actual number of infections is much larger.

Many students head back to school without school nurses

Experts have encouraged adults to get vaccinated in order to protect young children returning to school.

The situation is made even more concerning as an estimated quarter of schools to which students are returning don’t have a school nurse at all. The CDC recommends that schools have one full-time nurse for every 750 students.

Based on the latest data from a national school nurse workforce study, published in the Journal of School Nursing in 2018, approximately 39% of schools employ full-time nurses and about 35% employ part-time school nurses, while 25% do not employ school nurses. Experts emphasize that the nation has had a shortage of school nurses for years, but the pandemic now sheds light on just how dire the shortage has become.

“And those areas also are likely to have a shortage of primary care pediatric health care providers as well.”

The US Food and Drug Administration is set to meet September 17 to discuss Covid-19 booster shots.

Last month, the White House said people who got the two mRNA vaccines — the two-shot vaccines made by Pfizer/BioNTech and Moderna — may receive boosters starting September 20, assuming a certain number of months passed after a person’s second shot, and assuming clearance by the FDA and the CDC.

Fauci on Tuesday said that while the Biden administration still hopes to begin boosters for Pfizer recipients starting September 20, the OK for Moderna boosters could follow a couple weeks later.

“They’re probably no more than a couple of weeks behind, if that much,” Fauci said of Moderna.

In West Virginia, Gov. Jim Justice said Monday that he is eager for the boosters to begin.

“If we could just get the go-ahead from our government to absolutely start administering these booster shots, we would be all over that and we’ll be doing that immediately,” Justice said. “We’re ready to go.”

Justice accused the federal government of holding up West Virginia from leading in its Covid response.

“We’ve got people that are well beyond six months that are 60 and older that need the booster shot. And we can’t give it to them because we’re being held up by, you know, the nation and on the federal level right now,” Justice said.

Researchers are looking into whether different types of Covid-19 vaccines can be mixed and matched.

“We’re lining up Pfizer against Pfizer, Pfizer for Moderna, and vice versa,” Fauci told CBS’ “Face the Nation” on Sunday. “Hopefully, within a reasonable period of time, measured in a couple of weeks, we will have that data.”

At this point, it is OK for healthy vaccinated Americans to wait and see what the CDC and FDA have to say before getting a booster dose, CNN medical analyst Dr. Leana Wen said. The most important thing is to get the unvaccinated their first two doses, she added.