Dr. Fauci: Normalcy may not return until 2021 after COVID-19 case spikes 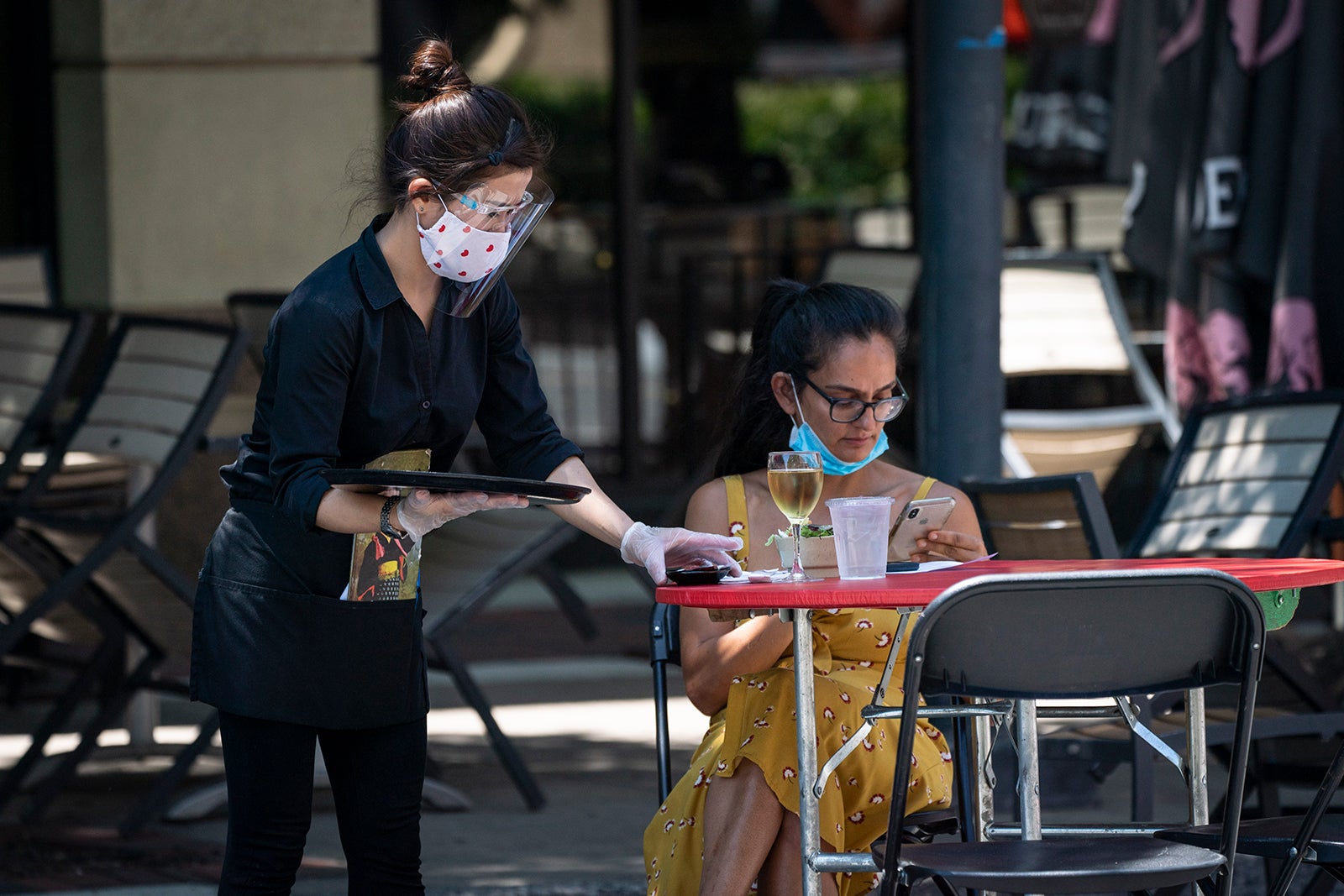 (CNN) — A return to normalcy following the COVID-19 pandemic could come within a year, but people need to tamp down their expectations for typical summer travel and activities, Dr. Anthony Fauci told British newspaper The Telegraph.

The latest time frame comes on the heels of a week that saw the national case count cross 2 million. Cases have increased in 18 states over the past week, with six states reporting more than a 50% jump. This has led some government and health officials to hit pause on reopening efforts.

More than 115,000 people have died in the United States as of Monday afternoon, according to data from Johns Hopkins University.

“It’s going to be really wait and see,” Fauci told the newspaper in an article published Sunday. “My feeling, looking at what’s going on with the infection rate, I think it’s more likely measured in months rather than weeks,” he saidreferring to the timeline for rolling back restrictions.

As health experts continue to learn more about the virus, it’s clear that a time frame for when the situation will be deemed under control is still unknown.

Hospitalizations up in some states

The number of hospitalizations — a key indicator for measuring the impact of the virus — hasjumped in some states, including Texas and Oregon. Officials are saying their systems are being taxed once again by the virus.

In Phoenix, Mayor Kate Gallego said that she was worried about hospital capacity as the number of cases continues to grow.

“We have had so many of the records you don’t want to be hitting for COVID-19 from my perspective. We opened much too early and so our hospitals are really struggling,” Gallego said during a panel discussion last week.

Fauci said Friday that the large increase in cases wasn’t necessarily a “second spike,” adding that a “second wave” anticipated in the fall could be avoided if upticks like those seen this week are properly managed.

“It is not inevitable that you will have a so-called ‘second wave’ in the fall or even a massive increase if you approach it in the proper way,” Fauci said. “However, when you start to see increases in hospitalization, that’s a surefire situation that you’ve got to pay close attention to.”

Oregon Gov. Kate Brown announced Friday that the state needed to pause further reopenings and would not review any new county applications for movingintothe next phase for at least seven days due to the recent spikes in cases. The number of newly reported cases increased by 75% in the same time frame, Oregon Health Authority Director Pat Allen said.

But, he said it was too early to tell whether recent demonstrations contributed to the new case count. He added that they are currently contact tracing and trying to determine when and how those recently infected contracted the virus.

Brown did note that the link to protests would be an unlikely source for all cases, as the increase was both rural and urban.

Even though no one has directly linked the recent uptick in cases to protests around the country, given the activities involved in some of the demonstrations, Fauci cautioned participants to use protective face coverings when possible.

“I would say in a perfect world people shouldn’t congregate in a crowd and demonstrate,” Fauci said, noting that people will continue to gather despite warnings from health officials.

“If you’re going to do it, don’t take the mask off when you’re chanting, and screaming and yelling, and doing whatever at a demonstration,” he said.

Fauci and other officials have urged attendees to get tested, with some health agencies offering free coronavirus testing to protesters.

Recommendations to stop the spread

As new cases have popped up, some municipalities have decided to cancel large gatherings to make sure people don’t put themselves and others at risk.

Chicago canceled all large outdoor events for the summer, including Lollapalooza and the Chicago Jazz Festival.

In South Carolina, where cases have doubled daily in certain areas since Memorial Day weekend, Myrtle Beach, Folly Beach, Patriots Point, North Charleston and Isle of Palms all announced the cancellation of July 4 events like fireworks in light of large case counts.

For those who may have already been exposed, the CDC now recommends that anyone in contact with a positive case should get tested even if they aren’t exhibiting any symptoms.

Another way to continue to protect yourself and others is to use a mask. On Sunday, the US Surgeon General pushed back on the idea that the use of masks was taking away the freedom of Americans, instead insisting that they provide more freedom.

“Some feel face coverings infringe on their freedom of choice- but if more wear them, we’ll have MORE freedom to go out,” Surgeon General Dr. Jerome Adams said in a tweet this morning.

Fauci expressed optimism in his interview published Sunday that a vaccine, or several vaccines, could soon be successful. “We have potential vaccines making significant progress. We have maybe four or five,” he said.

“You can never guarantee success with a vaccine, that’s foolish to do so, there’s so many possibilities of things going wrong,” he explained. “(But) everything we have seen from early results, it’s conceivable we get two or three vaccines that are successful.”

While scientist continue to work on a possible vaccine for the virus, top health officials are still encouraging social distancing, frequent hygiene practices and the use of face coverings to mitigate transmission.