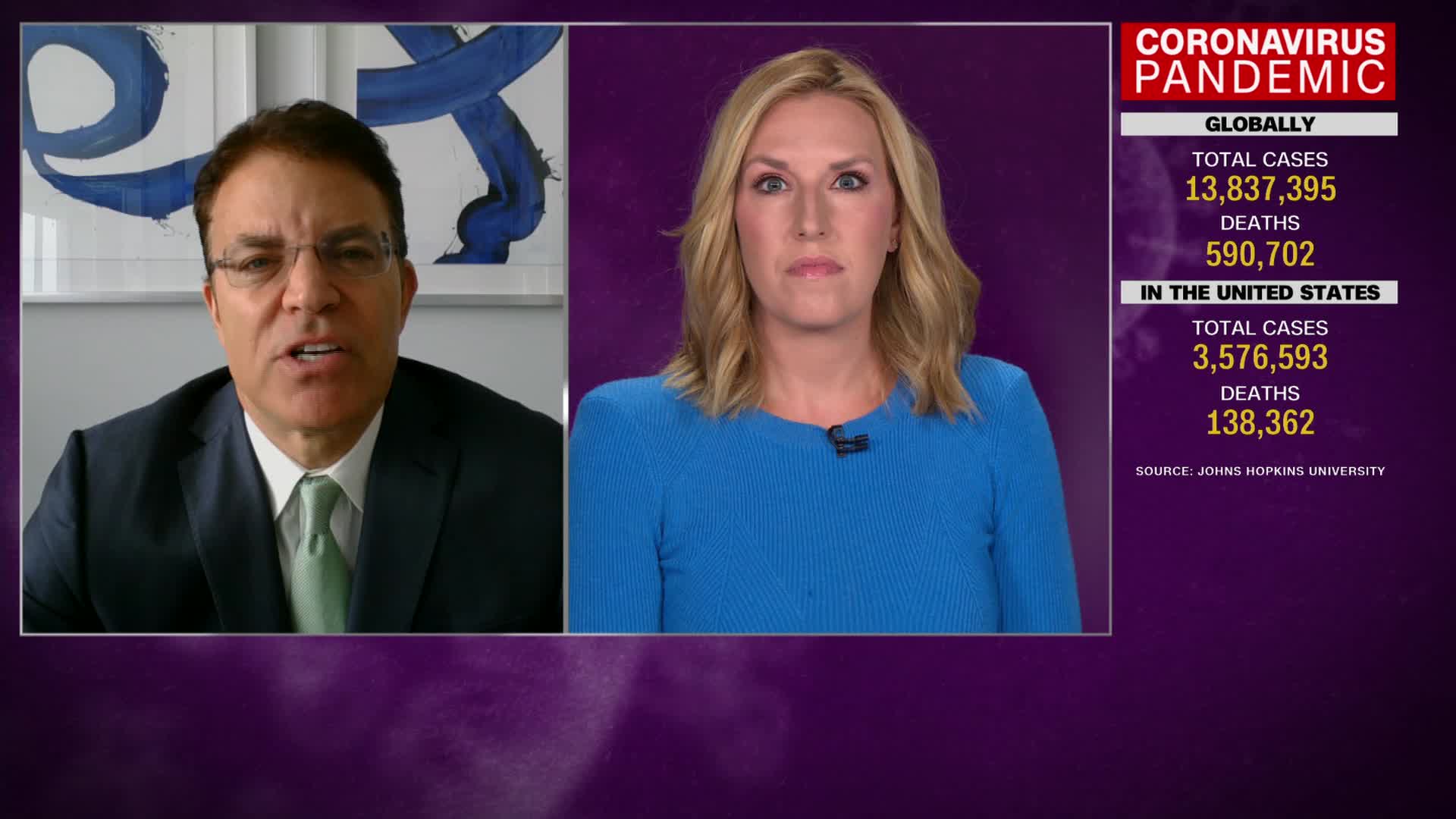 Former Trump administration economist Todas Philipson said that his team alerted the White House about the dangers of a looming pandemic outbreak about three months before Covid-19 is believed to have made its way into the United States. (Provided Photo/CNN)
by: Chauncey Alcorn CNN Business
Posted: Jul 18, 2020 / 10:20 AM EST / Updated: Jul 18, 2020 / 10:21 AM EST

(CNN) — Former Trump administration economist Todas Philipson said on Friday that his team alerted the White House about the dangers of a looming pandemic outbreak about three months before Covid-19 is believed to have made its way into the United States.

Philipson served three years as acting chairman of the administration’s Council of Economic Advisers before stepping down in June to resume his teaching role at the University of Chicago. Philipson acknowledged testing positive for Covid-19 less than a month before his White House departure, according to The Wall Street Journal.

On Friday, he told CNN’s Poppy Harlow that he co-authored and published a CEA report titled “Mitigating the Impact of Pandemic Influenza through Vaccine Innovation” that warned a pandemic disease could kill as many as half a million Americans and cause up to $3.79 trillion in damage to the US economy.

Previously, President Trump has insisted that no one could have foreseen or prevented the coronavirus outbreak, but Harlow pointed out on Friday that Philipson’s 41-page report was presented to senior White House officials in September of last year.

“You guys told them at the highest levels of the White House last year this could happen,” she said.

Philipson acknowledged the report was presented to President Trump or his top officials. “The White House is fully aware of what CEA puts out,” he said.

Philipson noted it’s not uncommon for White House officials to disagree over what course of action the President should take on certain issues. During the first nine months of Philipson’s tenure as CEA chairman, he said the council was “extremely successful” ingetting Trump to take its advice.

“This is like … [a] one in 100 years lifetime event, and many administrations in the past kind of ignored that,” Philipson said. “There were very few times I walked out of the Oval [Office] when we were not on the winning side. That was not very popular with all the sides obviously and that led to a lot of exclusion and even threats of firing me.”

Philipson said the contentious process compelled him to leave the administration roughly two months before he was scheduled to return to the University of Chicago.

“I was very annoyed with the process and it was time to go anyways,” he said.