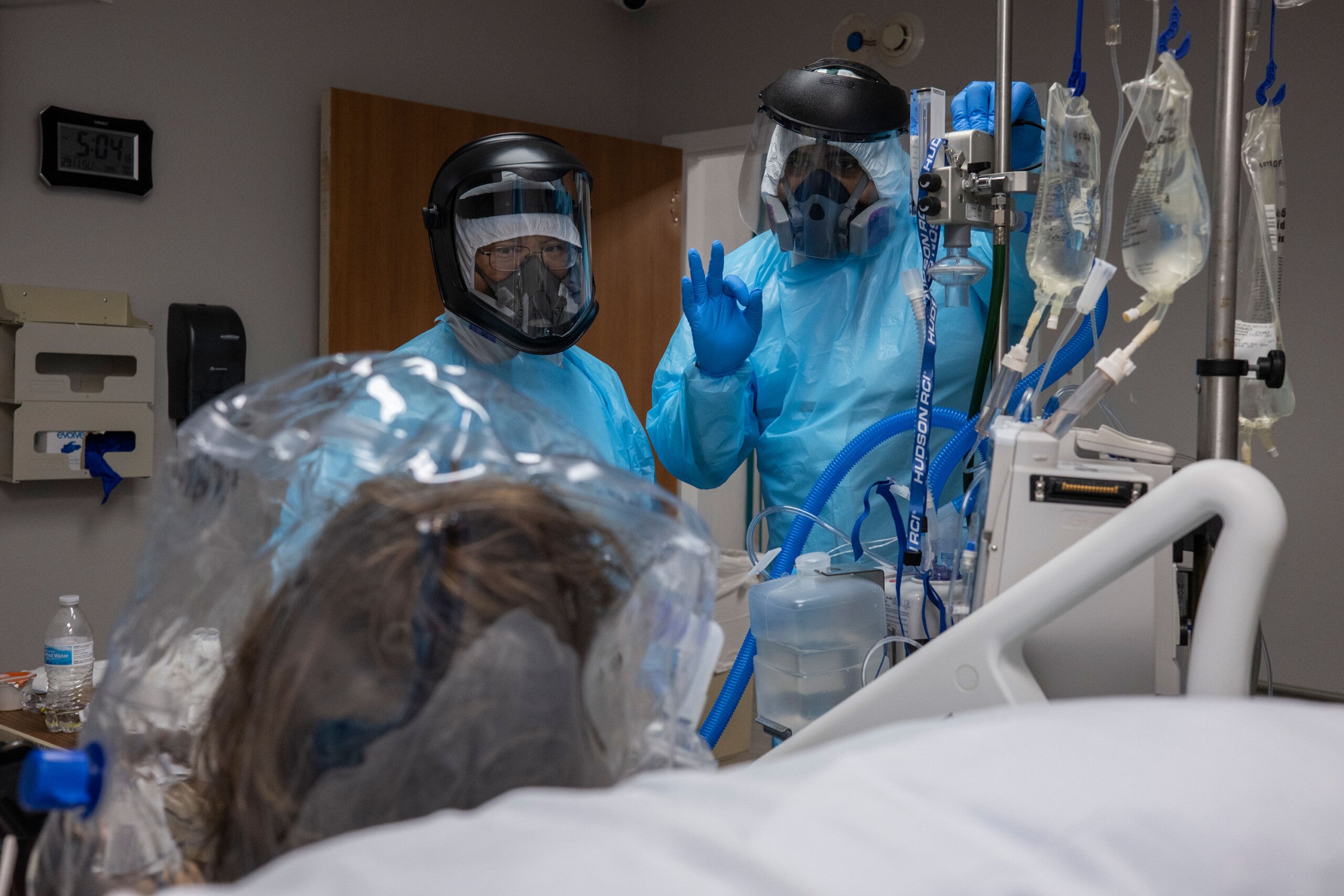 (CNN) — As the US prepares for the first round of vaccinations to tackle Covid-19, infectious disease expert Dr. Anthony Fauci called on the public to “be part of the solution” and get vaccinated once it is available.

“Say, ‘I’m not going to be one of the people that’s going to be a steppingstone for the virus to go to somebody else. I’m going to be a dead end to the virus,'” Fauci told Facebook CEO Mark Zuckerberg Monday.

The virus has been spreading quickly, and November set records 20 times for the number of coronavirus hospitalizations, according to the Covid Tracking Project, the most recent Monday with 96,039. All the while Johns Hopkins University data reports that the US has reached more than 13.5 million total cases and 268,045 deaths. And the impacts of Thanksgiving travel still won’t be felt for weeks, health experts say.

Holiday gatherings — like Thanksgiving and upcoming Christmas and Hanukkah — are the “perfect setup” for people who have no symptoms to “innocently and inadvertently” spread infections to their loved ones.

With that in mind, officials are preparing for the first wave of vaccine distributions.

Vaccine candidates from Pfizer and Moderna are both awaiting emergency use authorizations (EUA). States have until Friday to request the number of doses for Pfizer’s vaccine, Executive Director of the Association of Immunization Managers Claire Hannan told CNN Monday.

Once the US Food and Drug Administration grants EUAs and the US Centers for Disease Control and Prevention makes recommendations on which groups will get the vaccines first, they will be ready to be shipped out, Dr. Moncef Slaoui, Operation Warp Speed chief scientific adviser, said Monday. And that very day or the next, the first immunizations can be administered, he said.

US still battling a surge

But even after vaccines start to be distributed in December, there won’t be enough for the wider public to be immunized until April or May of 2021, Fauci said. Until then, the US is still contending with an unprecedented spike.

In Minnesota, more than a third of counties are 10 times over what would be considered a high-risk threshold for infection rate growth as the state is in “the worst spot we’ve been in since March,” Minnesota Department of Health Commissioner Jan Malcolm said Monday.

“When there’s this great increase in the number of Minnesotans needing hospitalization for Covid, that can have some really serious implications for the availability of hospital care for other critical issues as well,” Malcolm said. “And the number of people being admitted for Covid is far overshadowing what we saw back in May.”

To manage the risk of reopening, New Mexico Gov. Michelle Lujan Grisham announced a new “Red to Green” system that tiers counties by their risk of spread. The data will be updated biweekly, and if a county fails to meet the metrics, it will begin operating at the most restrictive level within 48 hours.

Nationally, Monday marked the 28th consecutive day that the US reported more than 100,000 new cases — a number that far exceeds the records set in the spring and summer surges which both stayed below 60,000.

As cases increase over the holiday season, so have hospitalizations — putting health care systems under stress.

California Gov. Gavin Newsom on Monday told reporters that the intensive care unit bed capacity in the state might reach 112% by Christmas Eve, if the trend of surging coronavirus cases continues.

In Rhode Island, officials have prepared to use field hospitals after telling residents their systems were already at capacity.

In New York, where some hospitals saw room capacity taxed in March, Gov. Andrew Cuomo said this time medical systems need to take steps to move patients to other facilities that have space.

Health care systems might be even more strained this time around because researchers are now seeing people affected by the virus even after they no longer show symptoms, Fauci said.

“The idea that you get infected, you either get no symptoms or you die, and if you don’t die, you’re OK — I think that’s really a misperception,” he added.

Challenges for small communities to get vaccines

Pfizer has planned its vaccine to be in ultracold storage and shipped in thermal shippers that can hold at least 975 and up to 5,000 doses.

Those doses will have to be broken up among multiple providers in those communities, and they will have to do it without risking the temperature at which they are stored, Hannan said,

Immunization managers in those areas are going to have to find solutions like having providers pick up doses from a central location or shipping them out in containers with dry ice, Morgan and Hannan said.

If they don’t, they risk being sidelined, said Morgan.

“That type of approach just sets up these rural communities across the US for really unacceptable mortality rates and the potential for the collapse of the health care system,” he said.

Pfizer did not have an immediate response questions about the concerns over shipment sizes.