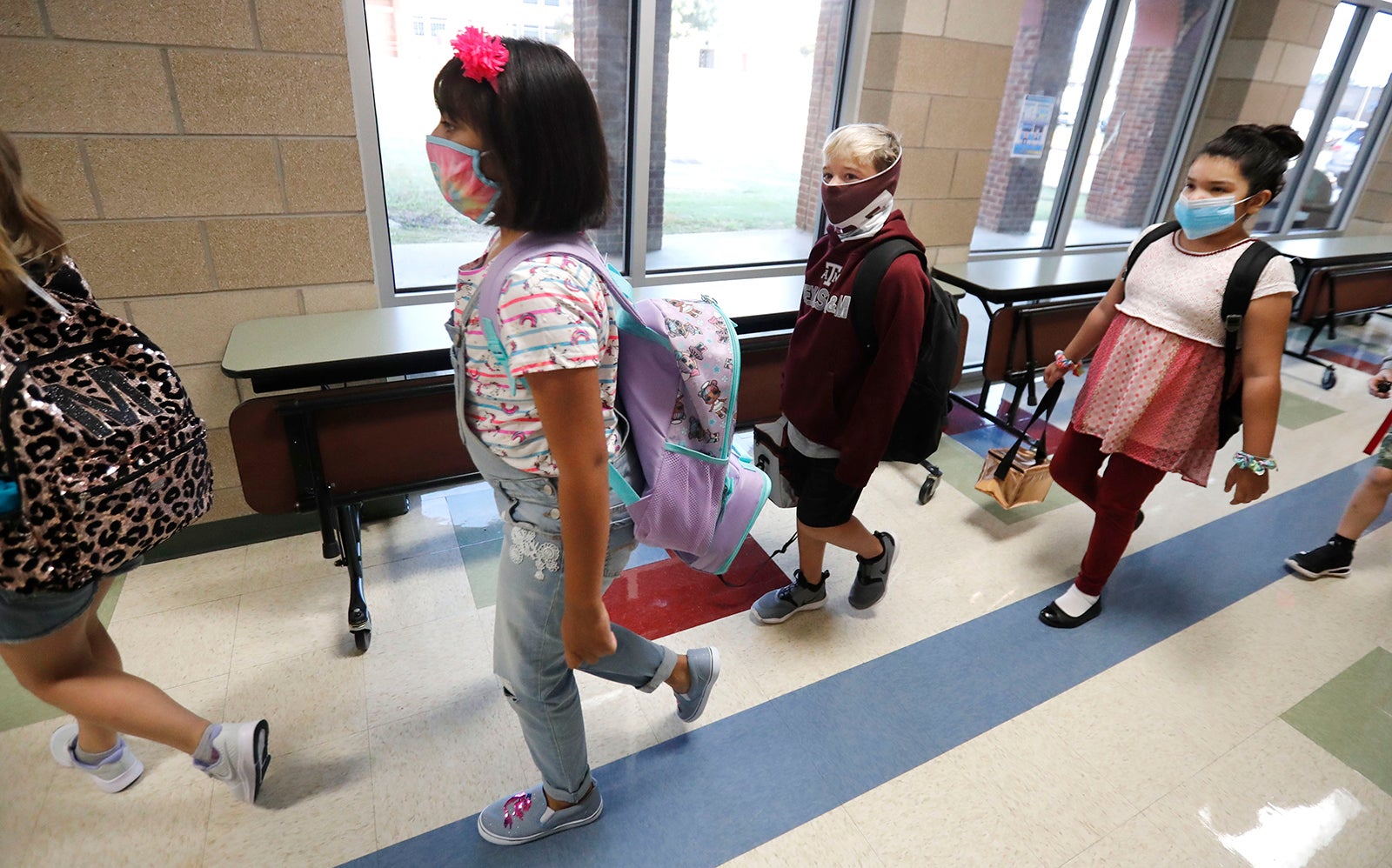 (CNN) — Safety will not be compromised for a COVID-19 vaccine, the US Food and Drug Administration commissioner said Monday.

Dr. Stephen Hahn made the declaration in a video briefing with the American Medical Association. More than 5 million Americans have been infected with coronavirus, and more than 163,000 have died, according to Johns Hopkins data.

Hahn acknowledged that because of the speed with which the agency is working, some experts have questioned whether the FDA will compromise its scientific principles in reviewing clinical trial data.

“Let me assure you that we will not cut corners,” Hahn said. “All of our decisions will continue to be based on good science and the same careful deliberative processes we have always used when reviewing medical products.”

Many Americans are skeptical about a vaccine. Hahn said he has seen surveys that report a significant part of the public will be reluctant to get a COVID-19 vaccine. A CNN poll in May found one-third of Americans said they would not try to get vaccinated against COVID-19, even if the vaccine is widely available and low-cost.

Hahn asked doctors on the briefing Monday to urge their patients to take the vaccine once it is approved.

“We hope that you will urge your patients to take an approved vaccine, so that we can seek to establish widespread immunity,” Hahn said, adding that the FDA is “moving equally fast” in its efforts to support the development of vaccines.

More than 200 trials for COVID-19 therapies have been initiated, Hahn said, but he can’t predict when the results of the trials will be ready.

“I can promise you that when the data are available, FDA will review them, using its established rigorous and deliberative scientific process. We all understand that only by engaging in an open review process and relying on good science and sound data can the public, and you as providers, have confidence in the integrity of our decisions,” he said.

The FDA launched the Treatment Acceleration Program in March to review the scientific merit of potential treatment drugs for COVID-19, Harn said. He emphasized the FDA’s role in being transparent about the process.

‘No way’ for a vaccine by November

Vaccinologists told CNN that timeline is unrealistic after they reviewed data from Moderna, the first company to start Phase 3 clinical trials of a COVID-19 vaccine in the United States.

“I don’t see how that would be possible,” said Dr. Paul Offit, a vaccinologist at Children’s Hospital of Philadelphia.

Moderna must first finish enrolling participants — possibly by the end of September — then give them their first shots, wait 28 days before giving a second round of shots, and then wait two weeks to see whether the vaccine is effective.

After that, researchers have to wait to see who gets sick with COVID-19 and who doesn’t. Some volunteers will be getting a placebo instead of a vaccine.

Dr. Peter Hotez, a vaccinologist at Baylor College of Medicine, reviewed the data and also said “there’s just no way” a vaccine will be publicly available by November 3. Health experts say it’s more likely the public could get a vaccine in 2021.

There’s been a 90% increase in child COVID-19 cases

Thousands of students started returning to classrooms this week as a report published by the American Academy of Pediatrics and the Children’s Hospital Association shows how easily children can get coronavirus.

Children make up just over 9% of the total cases in states that report cases by age, according to the report. At least 380,174 total child COVID-19 cases were reported as of August 6.

It still appears that severe symptoms are rare among children with COVID-19 infections. The AAP has still called for an effective testing strategy so that communities can make well-informed choices about opening schools.

At least 86 children have died as a result of the disease since May, according to the report.

Last week, a 7-year-old boy with no pre-existing conditions died from COVID-19 in Georgia. In Florida, two teenagers died earlier this month, marking the state’s sixth and seventh coronavirus deaths among children 17 and under.

The new study along with previous research directly contradicts President Donald Trump’s claims that children are “almost immune” to COVID-19.

While more classrooms are scheduled to reopen this week, some students who just started the school year must go back to virtual learning because of new infections among students and teachers.

Florida is still grappling with one of the worst infection rates in the country. As of Monday, more than 17% of tests taken turned out to be positive — the fifth highest rate of any state, according to Johns Hopkins data.

But schools in at least 12 Florida counties will reopen this week for in-person learning, according to the Florida Education Association and school district websites.

Last month, the director of the Centers for Disease Control and Prevention said officials in counties where the test positivity rate is higher than 5% might consider keeping classrooms closed to students.

Yet out of those 12 counties where schools will reopen this week, at least nine had test positivity rates higher than 5% as of Saturday, according to the Florida Department of Health.

Students who returned to school must stay home again

North Paulding High School in Georgia made headlines after a student posted a photo of a packed hallway, with virtually no one appearing to wear a mask.

Just a week after the school reopened, North Paulding is moving to online-only classes for at least Monday and Tuesday.

At least “six students and three staff members who were in school for at least some time last week … have since reported to us that they have tested positive,” Principal Gabe Carmona wrote in a letter to parents.

The teen who shot the photo of the packed hallway, Hannah Watters, said she’s received threats for posting the image online. But the sophomore said she’s not deterred and just wants everyone to know how risky the situation is.

“We could have just delayed opening like many other schools,” she said. “They kind of sent us to school and used us as guinea pigs to see what would happen later on.”

The Cherokee County School District in Georgia said 19 students and four teachers or staff members have tested positive for since the start of the school year one week ago.

At least 16 schools across the county are impacted, the district said. Students and teachers affected must quarantine for two weeks.

And another Georgia school district, the Barrow County School System, scrapped plans to reopen in-person next week after more than 90 staff members were forced to quarantine because of a confirmed, suspected or possible exposure to COVID-19.

It’s because of the fear and anxiety around going back to in-person instruction that Georgia Rep. Beth Moore set up a whistleblower email tip line for teachers and students to anonymously report unsafe conditions at school. She has been posting the testimonies on Twitter.

In less than 48 hours, Moore told CNN, she received more than 200 messages.

One email from a teacher said a colleague tested positive for COVID-19 but still came to work. Another said a teacher was preparing to teach classes with more than 30 students and no mask requirements.

‘This is all wholly preventable’

Many Americans still aren’t heeding the basic advice that would significantly reduce the spread and help get more students back into classrooms safely, doctors say.

Why the CDC wants you to wear a mask

“We’re still generating 50,000 to 70,000 new cases a day, 1,000 Americans are dying every day,” said Dr. Ashish Jha, director of the Harvard Global Health Institute. “This is all wholly preventable.”

The rate of daily COVID-19 deaths dipped nationwide in early July, but has steadily increased since then, according to Johns Hopkins data.