For small businesses, survival may hinge on closing streets 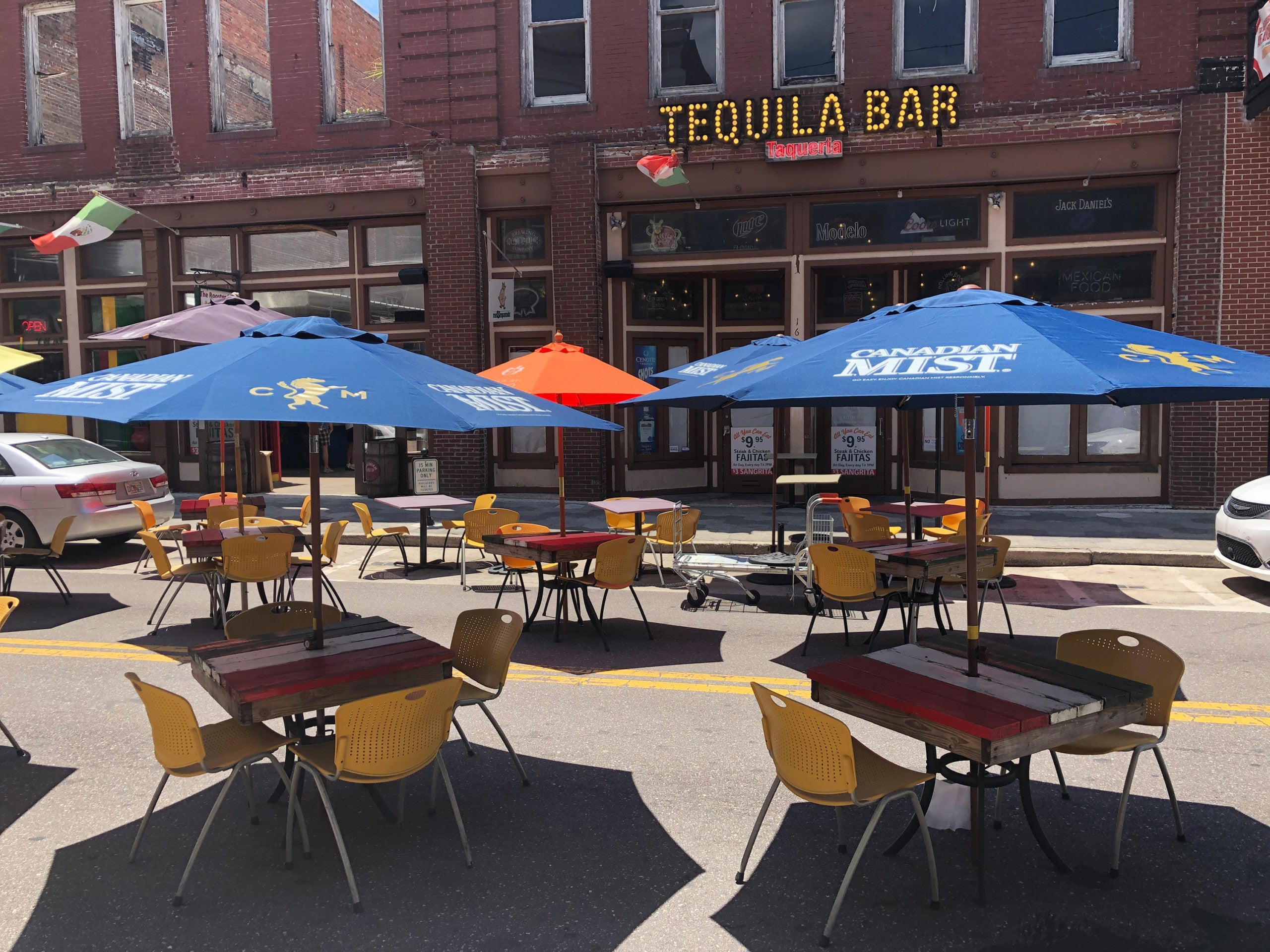 (CNN) — The hottest table at Jason Fernandez’s restaurants in Tampa is an unusual spot — the middle of 7th Avenue.

Tampa’s government has launched a two-week test to close some streets to car traffic so that restaurants can expand seating. Local governments, such as Tampa, are rethinking how street space is used to help businesses survive the pandemic. Many states are beginning phased reopenings that significantly restrict how many people may be inside businesses. Some cities are planning to remove curbside car parking or close entire streets so restaurants can shift tables onto streets, making it possible to follow social distancing guidelines and have enough customers to justify operating.

Fernandez told CNN Business that he wouldn’t be able to sustain his staff and pay bills with 25% capacity. He added that it would still be challenging at 50% capacity, the new threshold DeSantis set on Friday.

But with the added outdoor seating, he’s at 80% capacity, making it possible to open.

He initially opened his Mexican restaurant for Cinco de Mayo, and planned to close it for a couple of days after Mother’s Day to assess how things went and regroup. But business was good enough in the first week back that he decided to stay open, with his usual hours of operation.

“Breathing life back into these buildings and the community is a fantastic feeling for me,” Fernandez said. “All the little problems you have at a restaurant, like the busboy being five minutes late or running out of a wine, they don’t seem to be as big today as in the past.”

Fernandez is following precautions to keep customers safe. His staff is wearing masks. Menus are disposable. Tables are separated by at least six feet. A local health inspector and fire marshall have visited his restaurants and counseled his workers on safety measures.

David Downey, CEO of the International Downtown Association, believes the street closures will be a lifeline for businesses.

“Just about every city is considering what they can do,” Downey said. “Businesses are suffering so deeply that any measure to help get people out of their homes and into the districts in a manageable way is absolutely to their benefit.”

Approximately 15 cities worldwide have taken measures to allow businesses to use sidewalk or street space, according to Mike Lydon, the founder of the urban planning organization Street Plans. The number is growing daily, Lydon said.

The need for added space is especially pressing in older areas with small storefronts, such as Cincinnati’s historic Over-the-Rhine neighborhood.

“The volume might not be there to justify opening,” said Joe Rudemiller, Vice President of marketing at the Cincinnati Center City Development Corporation. “Because of the size of their space, they’d really have to contemplate whether it made financial sense to open in a socially distanced manner.”

The Cincinnati Center City Development Corporation is working with local government to develop a permit to let restaurants put tables in a lane of a street typically used for street parking. In a few locations, they’re also considering entirely closing a street.

Some cities have been encouraged by previous street closures this spring, in which more road space was given to pedestrians and cyclists looking to exercise during the pandemic. It’s not clear if the street closures aimed at helping pedestrians also aid businesses on those blocks.

“These restaurants will not reopen their doors if they have to open with half as many tables, or a third as many tables,” Goethals said. “This is our plan to save Main Street.”

Governments are still experimenting with how to best execute street closures. In one section of Tampa, rather than close a street, restaurants are expanding tables into their parking lots. Local neighborhoods are being asked to accommodate extra parking demand on their streets.

Tampa Mayor Jane Castor said everyone has been receptive so far.

“We’re trying to stand back up economically as successfully as we possibly can,” Castor said. “Let’s all just make some accommodations.”