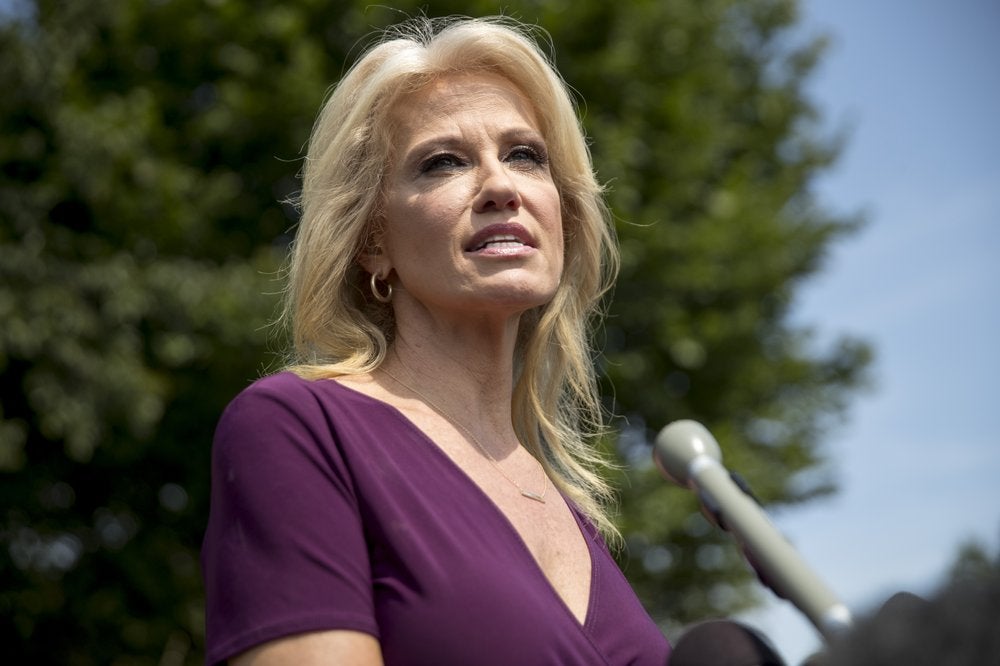 (WISH) — Kellyanne Conway, a former counselor of President Donald Trump who was in the White House Rose Garden for the Saturday nomination of Amy Coney Barrett, confirmed on Friday night that she has tested positive for COVID-19.

Conway said in a tweet that her symptoms were mild and she had started a quarantine process:

The Rev. John I. Jenkins, president of the University of Notre Dame, also tested positive for the virus, according to the message sent to the campus community Friday. Jenkins was at the White House for Barrett’s nomination and could be seen shaking hands and sitting shoulder-to-shoulder with people while not wearing a mask.