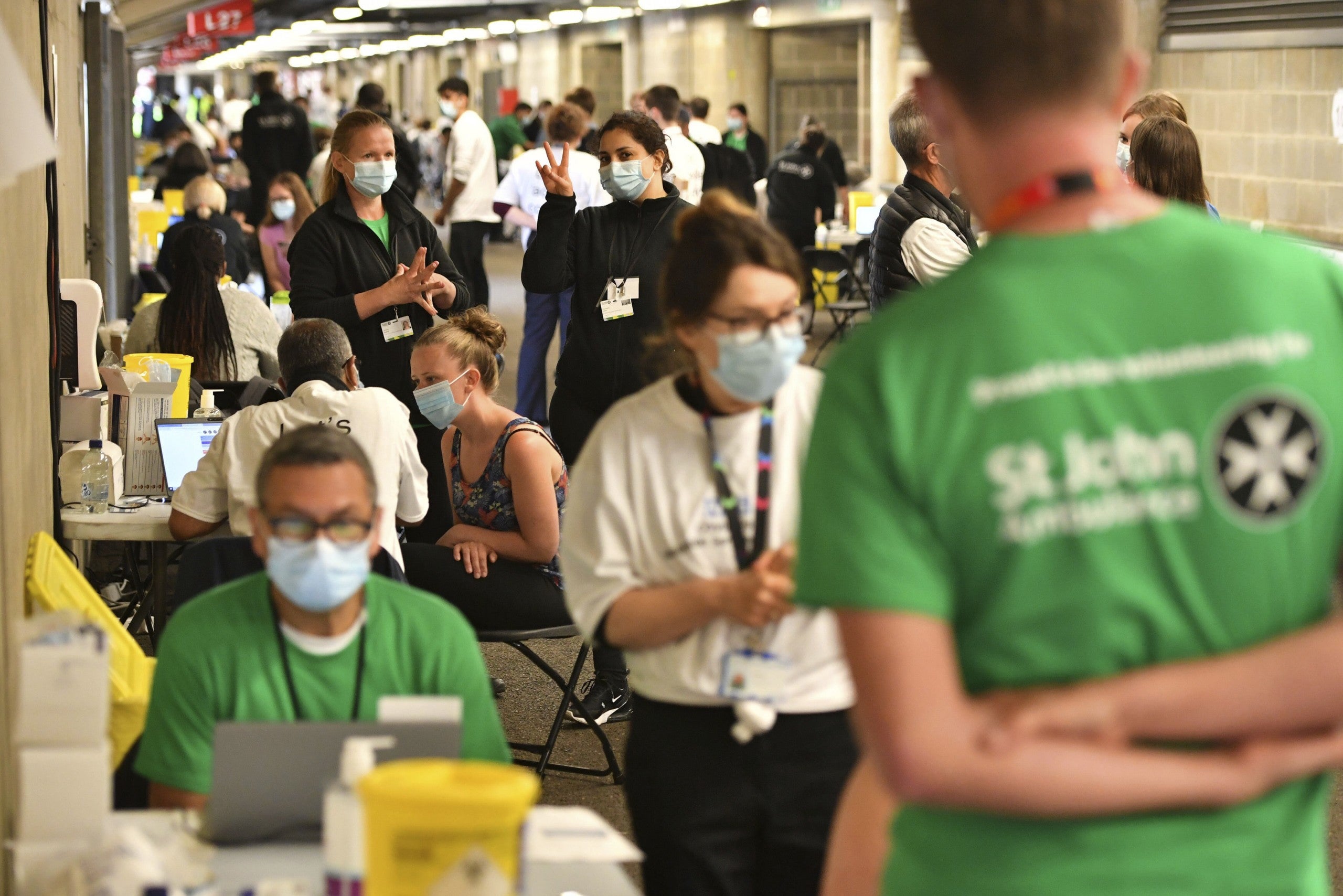 People queue up to receive a coronavirus vaccination at a surge vaccine operation set up at Twickenham rugby stadium, south-west London, Monday May 31, 2021. Up to 15,000 doses of vaccine are ready to be administered at the walk-in centre which has been set up for residents of north-west London in response to an increase in the number of coronavirus cases in the area. (Dominic Lipinski/PA via AP)
by: Associated Press
Posted: May 31, 2021 / 12:17 PM EST / Updated: May 31, 2021 / 12:18 PM EST

PARIS (AP) — France opened up virus vaccinations to adults of all ages starting Monday, earlier than originally scheduled, as vaccine deliveries have picked up speed.

More than 48% of France’s adult population has had at least one dose, and more than 20% have had two, according to public health authorities. After a slow start blamed on bureaucracy and delayed deliveries, France has now administered more than 36 million vaccine doses.

As of Monday, anyone 18 and over can sign up for an injection. And 12 to 15-year-olds should have access soon too, after the European Medicines Agency authorized use of the Pfizer vaccine for that age group last week. Prime Minister Jean Castex said Monday “the horizon is clearing” but warned be people to stay vigilant.

France has registered more virus infections than any European country, and more than 109,000 deaths linked to COVID-19.

Virus patients still occupy more than half of the intensive care beds France had before the pandemic but their numbers have been falling for weeks and the country is gradually reopening its restaurants, businesses and tourist sites.