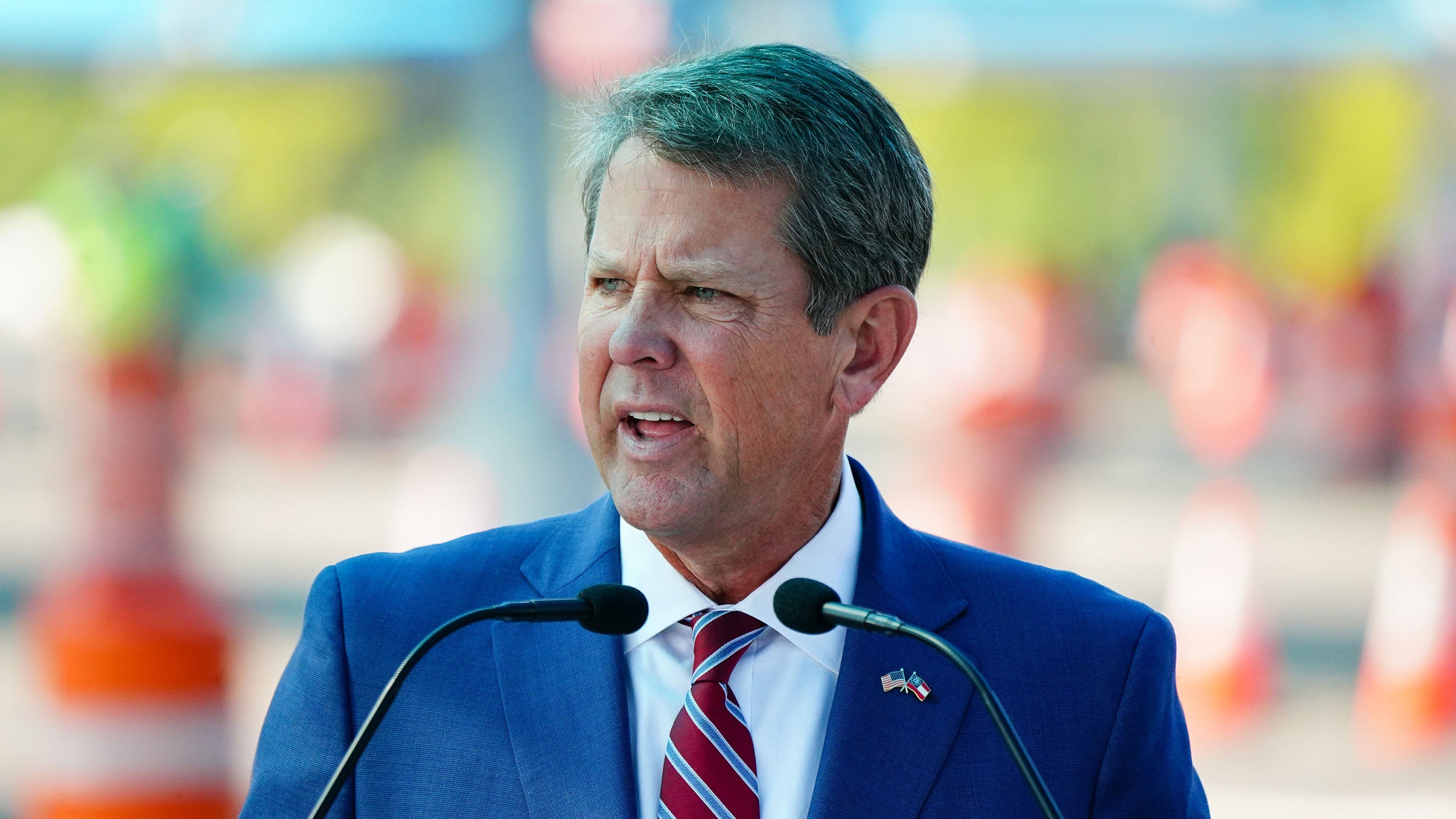 It was not immediately clear what impact the order would have on current local ordinances, such as mask mandates in Savannah, which apply to city buildings but not to businesses, and Atlanta, where the mayor’s order says violations won’t be enforced against businesses.

Kemp said Thursday his executive order “will ensure that business cannot be forced to follow local government ordinances regarding COVID-19.”

“Local governments will not be allowed to force businesses to be the city’s mask police, the vaccine police or any other burdensome restriction that will only lead to employees being let go, revenue tanking and businesses closing their doors,” the governor said.

“I have been clear and consistent — we would protect lives and livelihoods,” Kemp said about his approach to the pandemic.

Kemp, a Republican, added that businesses can still choose to follow local COVID-19 ordinances, but are not required to do so.

The order tells businesses to implement measures that “mitigate the exposure and spread of COVID-19 among its workforce and patrons.” The order says that “may include” any measure proven effective to control the spread, but it does not require a particular step.

Georgia has no state mask mandate.

One reason why Kemp might have issued the order is to preemptively keep cities and counties from requiring masks in businesses and punishing establishments for violations, said Page Pate, an attorney practicing constitutional law in Georgia.

The governor generally doesn’t have clear authority to give an executive order that is inconsistent with a local ordinance, even in a public health crisis, without a statutory or constitutional basis — so it’s better for the governor if he acts first, Pate said.

“I think he’s got a stronger legal argument if he takes the first step,” Pate said. “So if a county or municipality tries to do something different, the governor can say, ‘I already did something here … you can’t do something that’s inconsistent with me.'”

Still, Pate said he thinks this is mostly a move to impress Kemp’s political base, because, Pate said, he is not sure a court would uphold the order.

Kemp argues he has authority to give the order because he’s addressing a public health crisis — but a court could decide his order is not directed to protect public health, Pate said.

Georgia’s Democratic Party issued a statement criticizing Kemp’s order, saying he “is forbidding local governments from protecting their own communities.”

“As public health officials, parents, and Georgians at large beg Kemp to take action to combat the current COVID-19 surge in our state, the only action he is apparently willing to take is one that will help COVID-19 spread in Georgia and undermine local efforts to control the virus,” party spokesperson Rebecca Galanti said Thursday.

The mayors of Atlanta, Savannah, Augusta-Richmond County, and Athens-Clarke County sent a letter to Kemp Friday, criticizing his new executive order which allows businesses to disregard local COVID-19 ordinances and calling on the governor to “set the expectation that masks will be worn at state institutions under his purview.”

“Asking others to mask is no different than asking motorists to stop at a red light or asking residents keep a dog on a leash at the park. It is the neighborly approach that we were all raised to follow,” the mayors wrote.

Savannah Mayor Van R. Johnson, a Democrat, called Kemp’s order “disappointing, but not surprising,” and said Kemp was proactively preempting “local governments like Savannah from protecting themselves by following the science.”

As for Atlanta, Mayor Keisha Lance Bottoms “has followed the science and data from the onset of this pandemic,” a statement from her office Friday reads.

“Masks save lives and it is absurd we must continuously defend such a simple, straightforward fact,” the statement reads.

Cases and hospitalizations are rising in Georgia

As has happened in the country at large, coronavirus cases and hospitalizations have soared in Georgia since the early summer as the highly contagious delta variant became dominant.

Georgia has averaged more than 7,400 new COVID-19 cases a day over the past week — more than 25 times what the figure was nearly seven weeks ago, according to Johns Hopkins University data.

Cases have jumped since July 5, when the state saw its lowest average of 2021 (292 per day). The incline threatens to rival Georgia’s highest-ever case average, which was 9,778 daily on January 13, according to Johns Hopkins.

More than 5,500 COVID-19 patients were in Georgia hospitals according to data released Friday — threatening to surpass the highest number recorded in the last 12 months (6,181 in mid-January), according to the U.S. Department of Health and Human Services.

As for vaccinations: 40% of Georgia’s population was fully vaccinated as of Thursday, according to the U.S. Centers for Disease Control and Prevention.

Georgia’s Department of Health had the fully vaccinated figure slightly higher Thursday, at 42%.