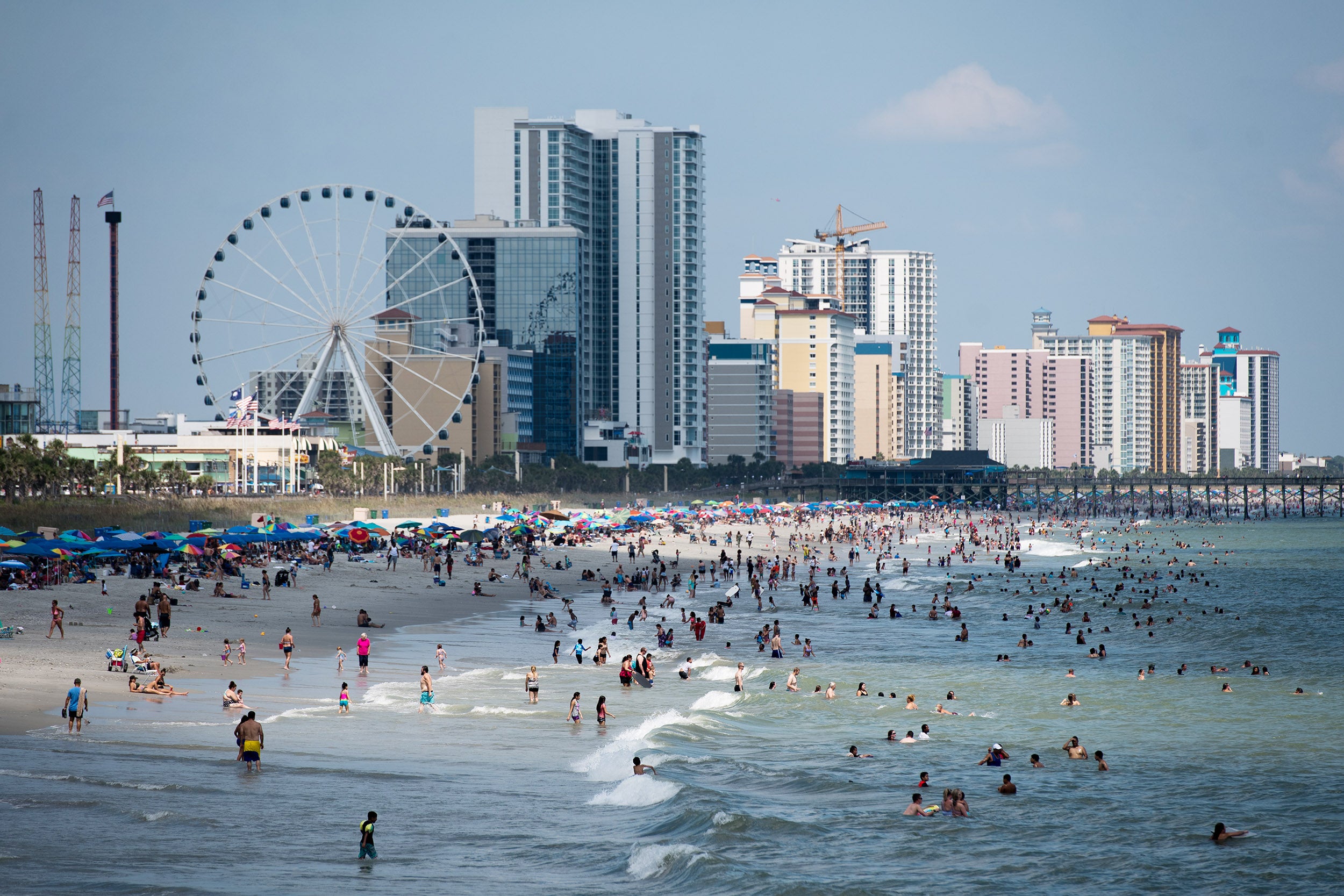 (CNN) — Labor Day weekend celebrations are in full swing — and many include the large crowds of people health experts feared would form.

Covid-19 doesn’t have to stop Labor Day celebrations, health experts said this week. But with more than 6.2 million Americans infected with the virus and a death toll of 188,538 from the disease, according to data from Johns Hopkins University, the festivities should look a lot different this year. To avoid outbreaks, experts including Dr. Anthony Fauci, director of the National Institute of Allergy and Infectious Diseases, said people should continue to keep distance, wear masks and avoid groups as they enjoy the weekend.

“We don’t want to see a repeat of the surges that we have seen following other holiday weekends,” Fauci said, referring to the outbreaks that followed Memorial Day and the Fourth of July. “We don’t want to see a surge under any circumstances, but particularly as we go on the other side of Labor Day and enter into the fall.”

Still, many gathered in large groups on Saturday. In San Francisco, city officials announced on Sunday morning they would be closing the parking lot at Ocean Beach after a gathering celebrating Burning Man culture attracted a big crowd. More than 1,000 people flocked to the event at the beach, according to San Francisco Mayor London Breed, who called the gathering “reckless and selfish.”

Throngs of people are expected at Tybee Island beaches in Georgia over the weekend, CNN affiliate WTOC reported. And images from Myrtle Beach, South Carolina, show umbrellas lined up side by side down the beach.

In Pennsylvania, the amusement park Kennywood was expected to have its busiest weekend of the season, CNN affiliate KDKA reported.

And in Atlanta, many weekend Labor Day parties were on the schedule, including “The Biggest Labor Day Weekend Party in the City” hosted by rapper Gucci Mane and a “Sunday Funday” rooftop party advertised with an image of people standing close together, some without masks.

Fauci pleaded with Americans before the weekend to keep gatherings small and outside, and he said he would be spending the weekend on a hike with his spouse.

Model predicts death toll could exceed 400,000 by end of year

A model often cited by top health officials predicted Friday that an additional 224,000 people in the US could die from Covid-19 by January 1.

Wearing masks and keeping prevention measures in place could reduce the “scary” number of coronavirus deaths predicted over the coming months, Fauci said.

Near-universal mask use could cut the number of projected additional fatalities by more than half, according to the model from the University of Washington’s Institute for Health Metrics and Evaluation. But it also warns the cumulative death toll could rise to 620,000 by the new year if all restrictions are eased.

The death rate could reach nearly 3,000 a day by December, an unprecedented number, due in part to “declining vigilance of the public,” the IHME expects. For now, the model points to declining mask use in some regions from peak usage in early August.

The IHME model, released Friday, came a day after a new CDC ensemble forecast predicted 211,000 US deaths from Covid-19 by September 26.

Preliminary research from two reports suggests that while Covid-19 can have lasting impacts on the body, there is hope that patients not only can recover over time, but can do so more quickly with pulmonary rehabilitation. The research reports are expected to be presented Monday at the European Respiratory Society International Congress and describe how severe infection with the coronavirus that causes Covid-19 can leave lasting lung damage and, in some cases, even psychological wounds.

“The bad news is that people show lung impairment from COVID-19 weeks after discharge; the good news is that the impairment tends to ameliorate over time, which suggests the lungs have a mechanism for repairing themselves,” Dr. Sabina Sahanic, a clinical PhD student at the University Clinic in Innsbruck, Austria, who was involved in one of the reports, said in a news release.

Fauci told CNN Friday there is only one way to prevent the death toll reaching the numbers predicted in the new IHME model. “We’ve got to get our baseline back down to a much lower level.”

Currently, the US is seeing about 40,000 cases a day, but if the baseline of cases is lowered, the country could get a better handle on stopping the spread, according to Fauci.

US prepares for a vaccine that will likely still take months

Many experts say they worry that officials are rushing too quickly toward a vaccine, but the US surgeon general told states to be ready to distribute one by November, “just in case.”

“We’ve always said that we are hopeful for a vaccine by the end of this year or beginning of next year,” Dr. Jerome Adams said in an ABC News interview Friday. “That said, it’s not just about having a vaccine that is safe and effective — it’s about being ready to distribute it.”

President Donald Trump has predicted a vaccine would be ready by the general election on November 3, though many experts say that is unlikely. And as some in the public worry political agendas will rush the development process, two former US Food and Drug Administration commissioners told CNN that it is possible, though very unlikely, that Trump could apply that pressure to scientists.

When asked whether the November goal has more to do with science or reelection efforts, Adams said, “What people need to understand is we have what are called data safety monitoring boards that blind the data, so it won’t be possible to actually move forward unless this independent board thinks that there is good evidence that these vaccines are efficacious.”

Adams said the data from Phase 1 and Phase 2 trials have been positive.

Sporting events have resumed since states began reopening, but coronavirus outbreaks have caused some leaders to change plans.

On Saturday, the University of Tennessee football team had to cancel a scheduled scrimmage because of “seven or eight” positive cases, head coach Jeremy Pruitt told the media.

Due to contact tracing and quarantining, 48 players have missed at least 14 days of practice, he said.

The women’s doubles tennis team of Kristina Mladenovic and Timea Babos withdrew from the US Open Tennis Championships in New York after a player was identified to have “prolonged close contact” with another player who tested positive, according to a statement from the US Open.

Quarantine notices were issued to all players who were in close contact with the player, who has not been identified, the statement said.

“We agree with this decision, as it’s in the best interest of the health and safety of the players, staff and general public. We understand the hardship, but these measures are in place to limit the potential for further spread of the virus and to help ensure the tournament can go on as safely as possible,” said Gary Holmes, spokesman for the New York State Department of Health.