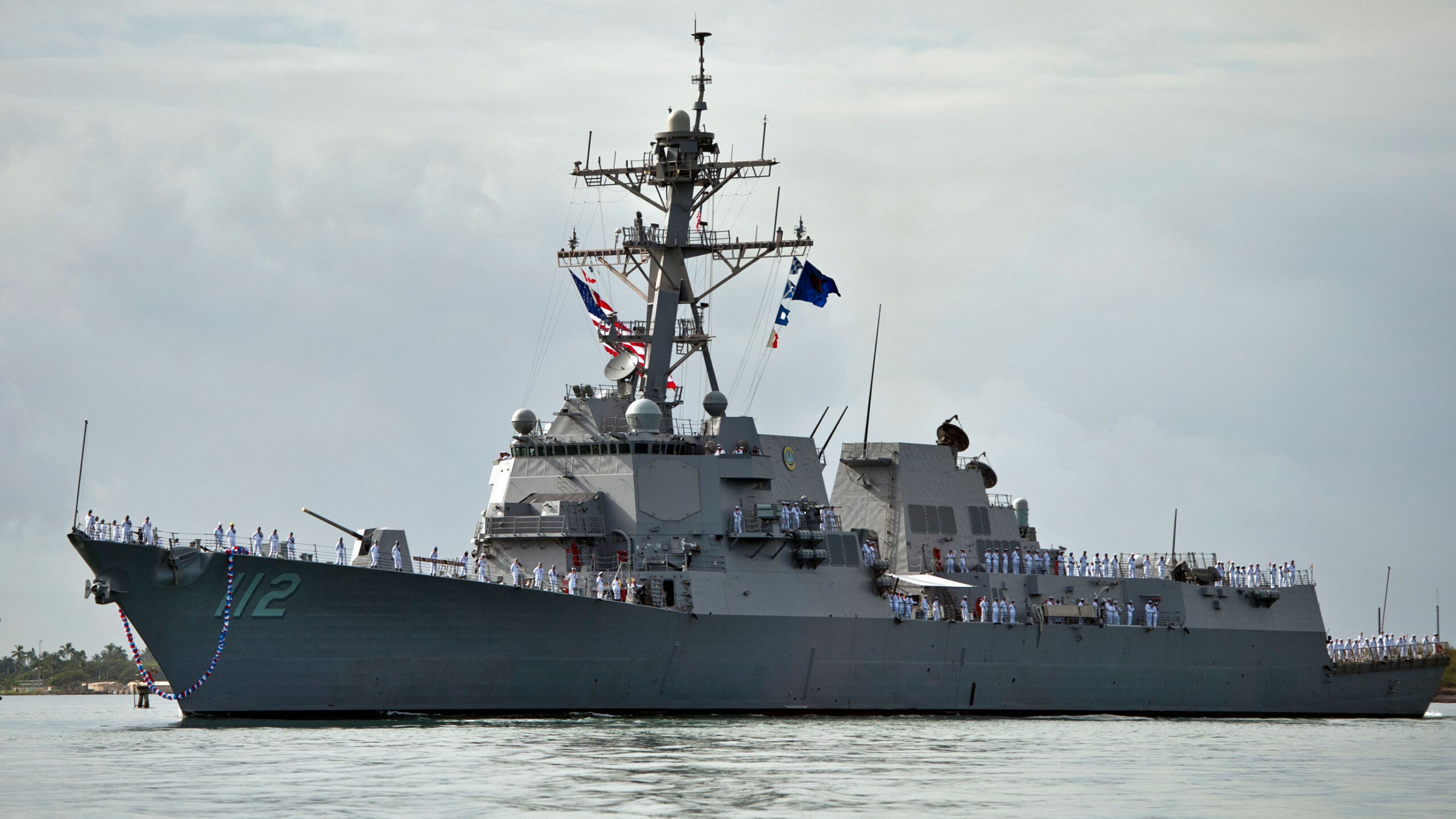 The guided missile destroyer USS Michael Murphy (DDG 112) arrives at Joint Base Pearl Harbor-Hickam in Hawaii Nov. 21, 2012. Michael Murphy honors the late Lt. Michael P. Murphy, a SEAL, who was posthumously awarded the Medal of Honor for his actions in combat as the leader of a four-man reconnaissance team in Afghanistan. Murphy was the first person to be awarded the medal for actions in Afghanistan, and the first member of the U.S. Navy to receive the award since the Vietnam War. (U.S. Navy Photo by Mass Communication Specialist Seaman Diana Quinlan/Released)
by: By Ryan Browne, CNN
Posted: Nov 19, 2020 / 05:52 PM EST / Updated: Nov 19, 2020 / 05:52 PM EST

(CNN) — There has been a major coronavirus outbreak aboard a US Navy guided missile destroyer, the USS Michael Murphy, which has spread to nearly one-quarter of the ship’s 300 strong-crew, according to two US Navy officials.

The ship has been in port in Hawaii so there has been limited operational impact due to the outbreak.

One official said that the majority of the sailors who have contracted the virus experienced no symptoms and many are expected to return to the ship in the coming days.

A spokesperson for the US Navy confirmed that “personnel assigned to USS Michael Murphy tested positive for Coronavirus Disease 2019 (COVID-19), Nov. 4,” but did not provide the number of sailors that contracted the disease, citing Defense Department policy.

“Personnel who have tested positive for COVID-19 have been placed in isolation. Out of an abundance of caution, all close contacts and non-essential crew members are undergoing a two-week self-isolation period in accordance with the Centers for Disease Control and Prevention Guidelines,” Cmdr. Nicole Schwegman, a spokesperson for Surface Forces Pacific told CNN in an email.

NBC was first to report the outbreak aboard the ship.

News of the outbreak on the Navy warship comes the day after the US Coast Guard announced that one of its ships, the Coast Guard Cutter Stratton, was forced to return to port after 11 of its crew members tested positive for the virus.

The Coast Guard ship had been participating in counter-narcotics patrols in the Eastern Mediterranean before being forced to return to its home port in Alameda, California.

“The affected crew members reported mild symptoms and are receiving medical care,” the Coast Guard said in a statement.

The Navy has made progress in preventing outbreaks on its ships in the months following two major outbreaks aboard the USS Kidd and the aircraft carrier USS Theodore Roosevelt.

The outbreak on the Theodore Roosevelt led to the death of one sailor and set of a series of events that culminated in the ship’s commanding officer being fired and the resignation of the acting secretary of the Navy over their handling of the crisis.

CNN reported on Wednesday that the US military reported a record high number of coronavirus cases on Tuesday with 1,314 new cases, according to Defense Department statistics.

There are currently about 25,000 active Covid-19 cases in the ranks, and another 44,390 service members have recovered from the virus, according to the Pentagon. The number of military cases has grown over the last few weeks as case counts have increased in the general population.