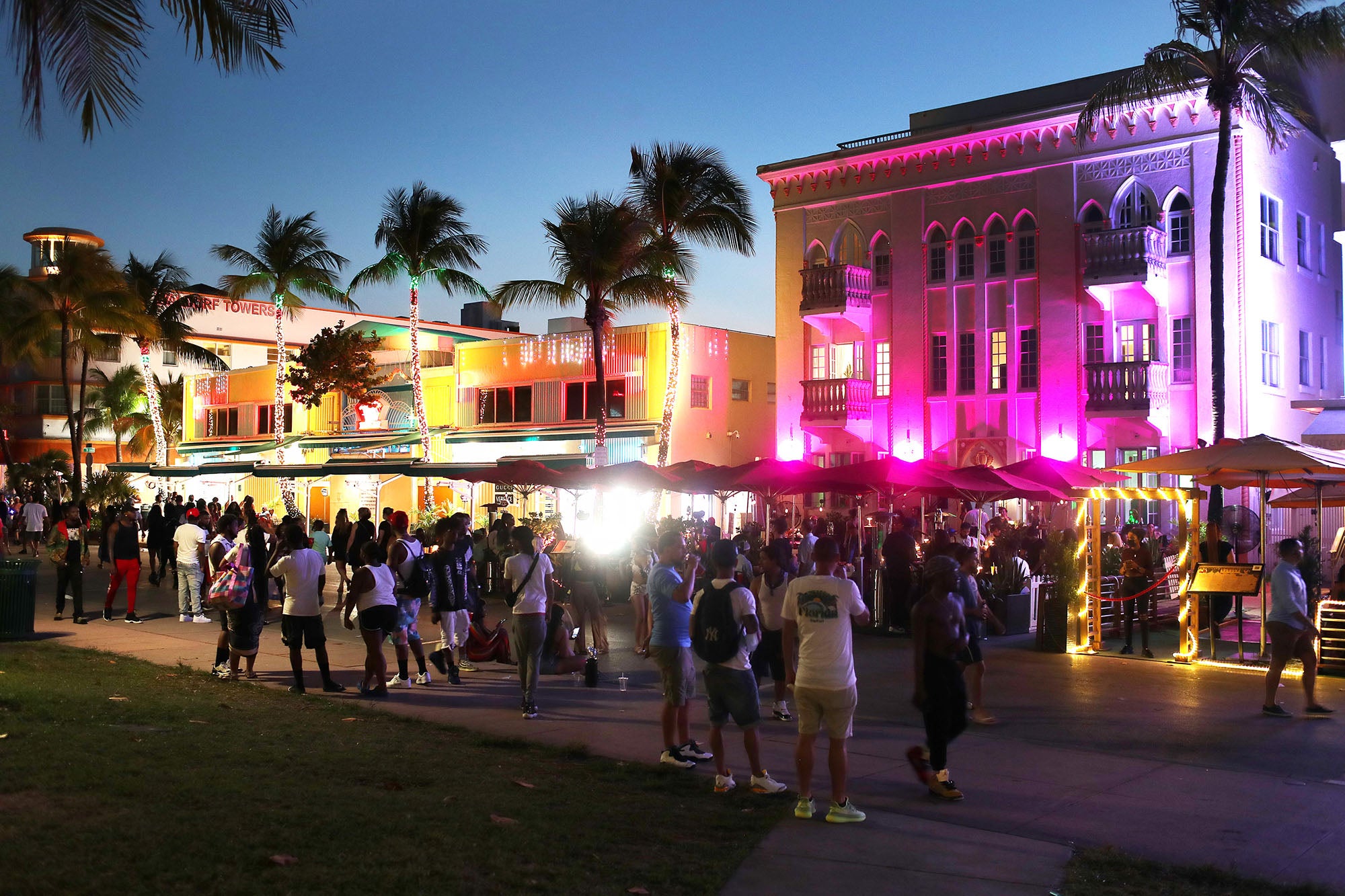 MIAMI BEACH, FLORIDA - MARCH 18: People enjoy themselves as they walk along Ocean Drive on March 18, 2021 in Miami Beach, Florida. College students have arrived in the South Florida area for the annual spring break ritual. City officials are concerned with large spring break crowds as the coronavirus pandemic continues. They are advising people to wear masks if they cannot social distance. (Photo by Joe Raedle/Getty Images via CNN)
by: Ralph Ellis, CNN
Posted: Mar 22, 2021 / 11:01 AM EST / Updated: Mar 22, 2021 / 11:01 AM EST

“It feels in some ways like our city is a tinder right now,” Gelber said on CNN’s “New Day.” “It’s not just about not wearing masks and physical distancing. It’s also some of the folks coming are coming with bad intentions, so there’s been brawls and even gunplay.

“When you have these levels of crowds, you can’t really manage unless you have enormous policing, and all of that mix creates a lot of peril and a lot of concern.”

More than 50 people have been arrested and eight firearms confiscated since Friday, according to a Sunday tweet from the Miami Beach police.

On Saturday night, police fired pepper balls in an attempt to break up throngs of mostly maskless partiers on the city’s main thoroughfares.

The Miami Beach City Commission met Sunday night and declared an 8 p.m. curfew would remain for the city’s entertainment district Thursdays through Sundays until at least March 30.

Bridges and causeways will be closed those days from 10 a.m. to 6 a.m. Local residents, hotel guests and employees are exempted from those rules.

City Manager Raul Aguila will have the option to extend it for two more weeklong increments through April 13.

“The goal here is to really contain the overwhelming crowd of visitors, and the potential for violence disruption and damage to property, whether intentional or not,” Aguila said.

Gelber said he hoped an extension would not be necessary, but “it’s necessary now because it’s unacceptable what we’re seeing and we can’t allow our police, our residents, and, frankly, our visitors also to be in any kind of danger.”

The crowds became so large that police from nearby agencies came in to lend assistance. Gelber said somebody fired a shot into the air Friday night.

When asked who he blamed for the influx of spring breakers, Gelber said Florida Gov. Ron DeSantis’ opening up of the state economy didn’t help.

The state has thrown open its doors to tourists after a year of coronavirus lockdowns and restrictions around the country.

“Right now, we’re being asked to take all people who are coming,” Gelber said on “New Day.” “The governor has said everything is open, come on down.

“The problem is we’re still in the midst of a pandemic. It’s certainly not in our rearview mirror yet by any means and it certainly is not in my county, in my city. So that’s a challenge. … We have sort of a triple threat of too many crowds, too many people acting out and a pandemic. And those three together create a very challenging moment.”