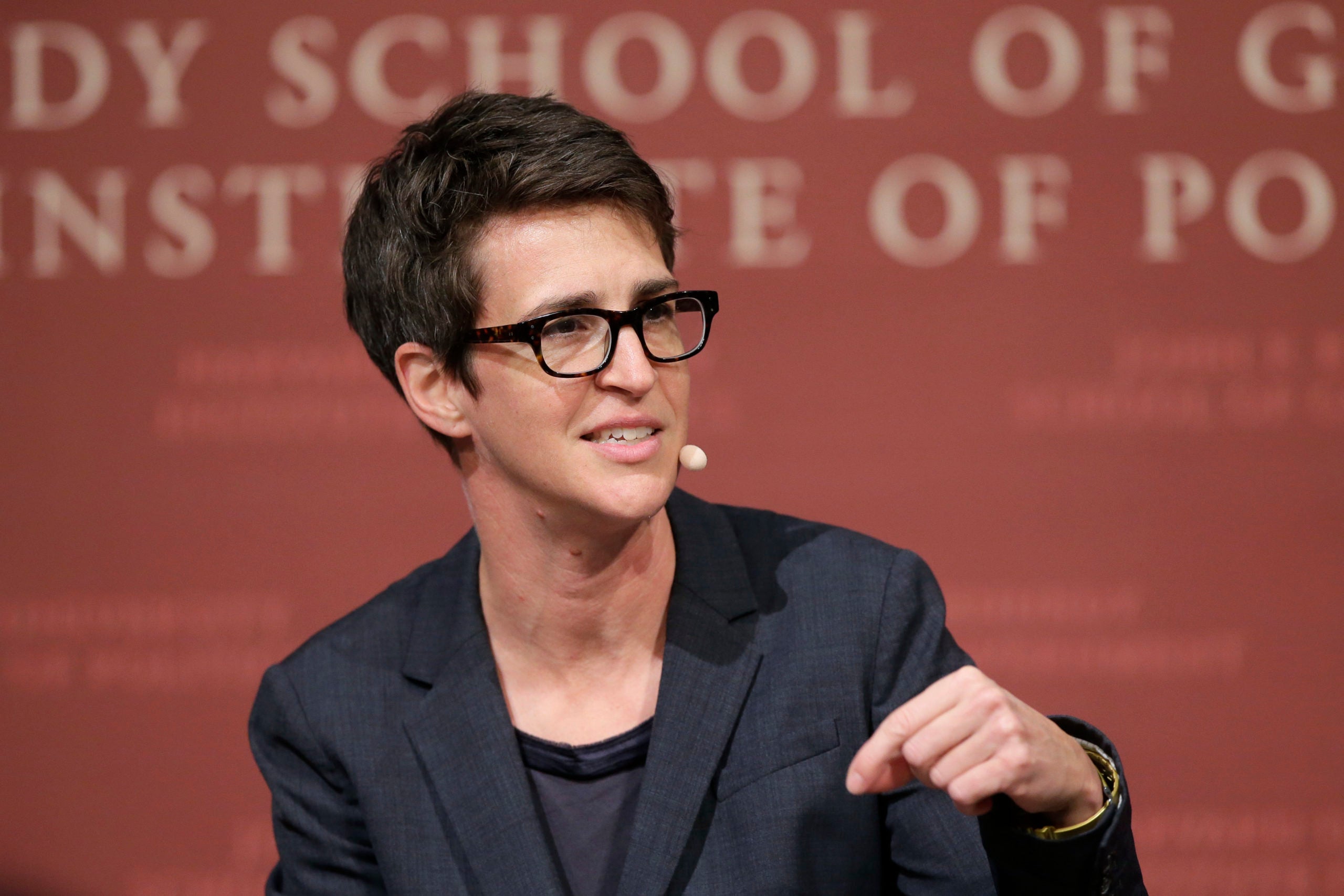 FILE - In this Oct. 16, 2017 file photo, MSNBC television anchor Rachel Maddow, host of the Rachel Maddow Show, moderates a panel at a forum called "Perspectives on National Security," at the John F. Kennedy School of Government, at Harvard University, in Cambridge, Mass. Time's Up has called on NBC Universal to release all former employees from non-disclosure agreements that might be impinging on their ability to speak out about sexual harassment, and also to hold an independent investigation into workplace culture at NBC. The organization said NBC didn't go far enough with its statement, first reported Friday, Oct. 25, 2019, by Maddow, that employees should contact the company in order to be released from any "perceived obligation" to remain quiet. (AP Photo/Steven Senne, File)
by: Associated Press
Posted: Nov 7, 2020 / 06:47 AM EST / Updated: Nov 7, 2020 / 06:47 AM EST

LOS ANGELES (AP) — MSNBC’s Rachel Maddow said Friday she was quarantining after being in contact with someone who tested positive for the coronavirus.

Maddow said on social media that she’s tested negative so far for COVID-19 but plans to remain at home until it’s “safe for me to be back at work without putting anyone at risk.”

Maddow, host of MSNBC’s most-watched show, has been a key part of the cable channel’s election coverage. She was off the air Friday night.

“Wishing everyone patience and calm; may these remarkable times bring out the best in all of us,” she wrote in her online message.