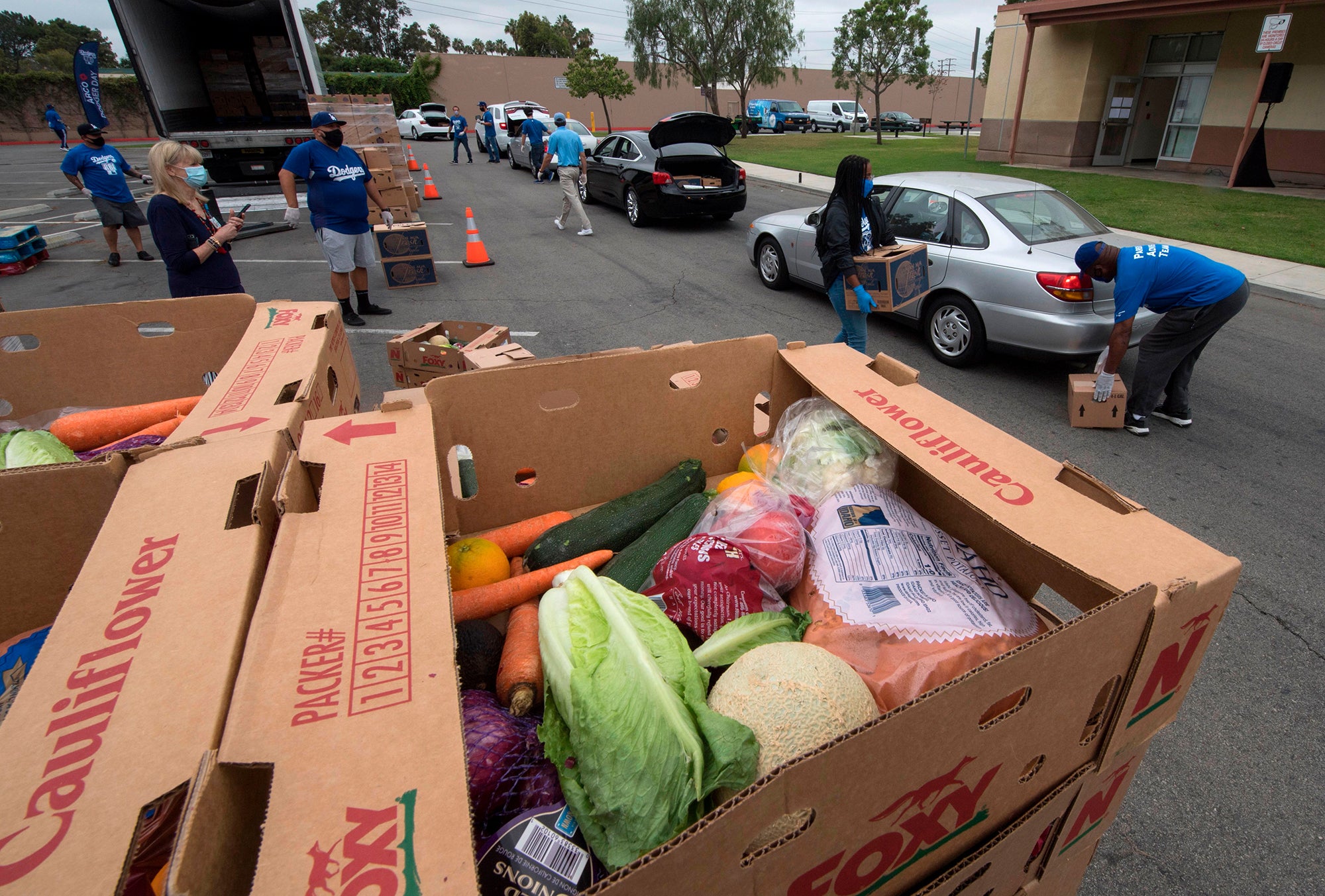 (CNN) — Ruth Webb used to supplement her grocery shopping with a monthly trip to a local food pantry, where she would get fresh produce like potatoes, onions and carrots.

“It would help out on the groceries,” said Webb, who lives in Benson, North Carolina. “Every once in a while there would be some instant mashed potatoes.”

Then the coroanvirus hit, and safety precautions forced the food pantry to shutter its doors.

Webb, 71, and her husband are still eating, though “it might not be fancy meals like people would want,”she said. “But we’re not going to go hungry.”

But she’s still stretching meals out as much as she can. A big batch of spaghetti, for example, will last them anywhere from 2 to 4 meals, Webb says.

“There were times that — I don’t want my husband hearing this — I made sure he had food,” she said. “I just ate enough to keep going.”

Webb is one of millions of Americans dealing with food insecurity amid the coronavirus pandemic and the economic fallout that has followed in its wake.

This week the US Census Bureau published results of a survey in which nearly 30 million out of 249 million respondents said they did not have enough to eat at some point in the week before July 21. It was the highest number of people reporting insufficient food since the Census started tracking that information in early May.

“It’s been stressful,” she said. “I gotta do what it takes to take care of (my husband) and I.”

Disproportionate impact on communities of color

Food insecurity equates to an inadequate access to food for a healthy, nutritional diet. It’s separate from hunger, which the US Department of Agriculture describes as a physiological condition that may result from food insecurity.

Before the pandemic, there were an estimated 37.2 million Americans who were potentially food insecure, according to Katie Fitzgerald, chief operating officer of Feeding America, a national network of 200 food banks and 60,000 food pantries and meal programs.

But the group projects that food insecurity will only worsen in the months ahead.

“We believe that over the next 12 months we are looking at 54.3 million Americans who will be estimated to be food insecure,” Fitzgerald told CNN. “That’s 17 million more Americans, about a 46% increase.”

Similar to unemployment and poverty — and the virus itself — food insecurity disproportionately affects communities of color, women, children, senior citizens and people with disabilities, Fitzgerald says.

“Those disparities have only been exacerbated by this crisis,” she said. “Just like Covid-19 has disproportionately impacted people of color, so too have the elevated levels of food insecurity.”

There have also been spikes in food insecurity among people who work in certain industries. Fitzgerald points to states like Nevada and Hawaii, which have large service industries that have been hard-hit by the pandemic due to a drop in tourism.

Food banks and other charitable groups have offered crucial help. In Utah, hundreds of families in the Salt Lake Valley have received food thanks to the nonprofit Farmers Feeding Utah, CNN affiliate KSTU reports.

When Irene Middleton heard she could get local meat and produce for free, she “just went and ran in the van and took off,” she told the station. “I’m still in my PJs!”

And approximately 1,500 families received a week’s worth of food recently from the Los Angeles Regional Food Bank, according to CNN affiliate KABC.

“We really need help in these times,” Sonia Martinez told KABC. “This is very hard.”

Food banks, however, are dealing with their own challenges as they respond to the crisis, Fitzgerald says.

The first is increased demand. Since the start of the pandemic, Feeding America’s food banks have seen a 50% increase in the number of people they’re serving compared to the same time last year. The food banks estimate that just under 30% of those being served are seeking charitable food assistance for the first time.

Supply is another obstacle. Though the network typically relies on donations, Feeding America recently has had to purchase food to distribute. Things are made more difficult by constraints on the food supply chain.

Also, food banks face a dearth of volunteers. Many thrive on face-to-face interaction, Fitzgerald says, but some have had to close volunteer centers because of the coronavirus. About 52% of Feeding America food banks need more volunteer support, up from 37% in May.

Because of these challenges, and the risk of rising food insecurity, Feeding America wants to see the federal government increase SNAP benefits through the economic downturn and extend the Pandemic EBT, a program introduced this year to assist the families with children who previously relied on free or reduced-price lunches.

“The economy is not yet back to where it needs to be so people can work and feed their families,” she said. “This is still going to require additional significant federal and state support.”