Pandemic could drive homelessness up as much as 45%, an economist projects 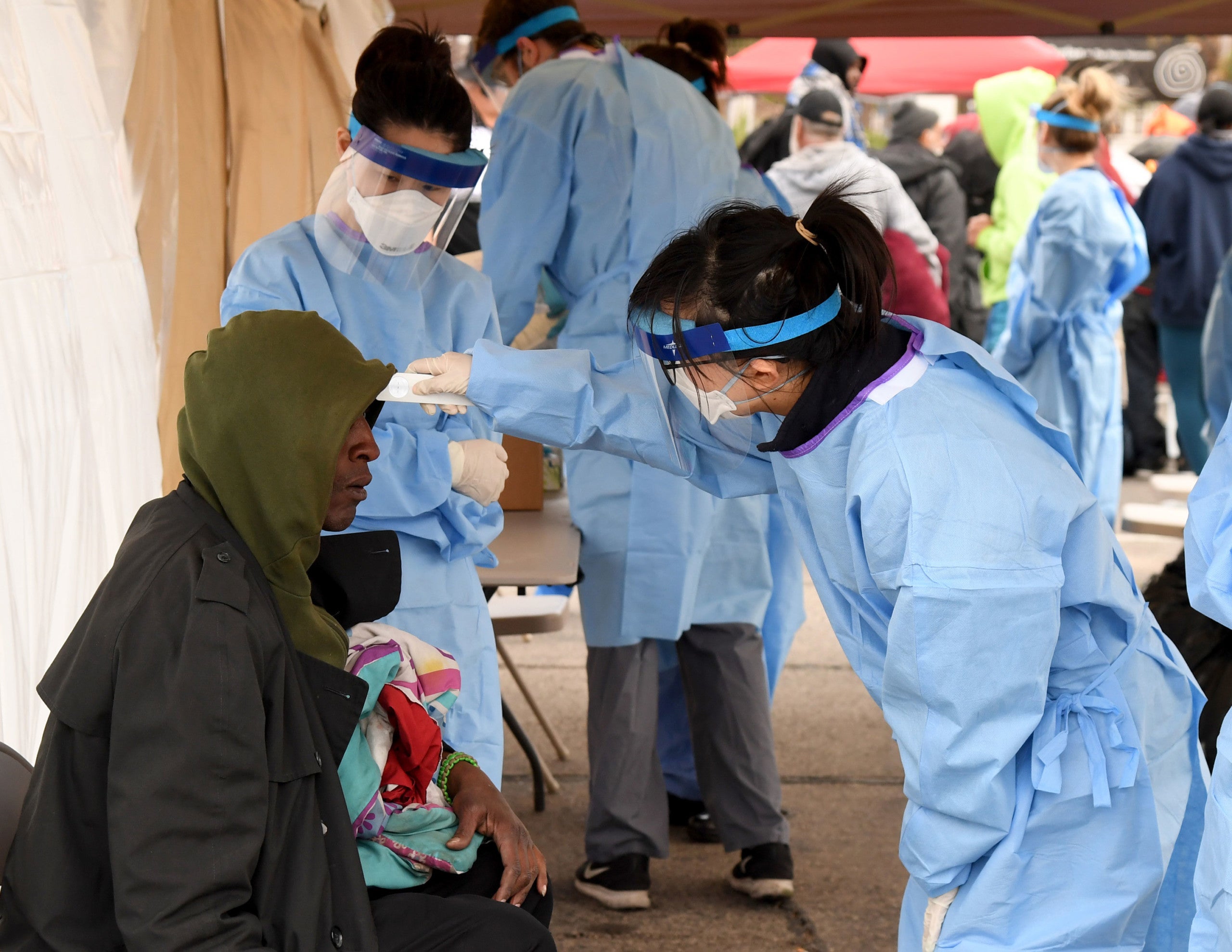 (CNN) — If the coronavirus pandemic continues to drive unemployment levels as high as predicted, homelessness will increase 40% to 45% by the end of the year, according to an analysis by a Columbia University economics professor.

That would mean 250,000 more people in the US would experience homelessness compared with last year, bringing the total number of those experiencing homelessness to above 800,000.

“This is unprecedented,” Brendan O’Flaherty, who conducted the analysis, said in a statement. “No one living has seen an increase of 10% of unemployment in a month.”

With much of the US economy shut down in an effort to prevent the spread of the coronavirus, the unemployment rate soared to 14.7% in April — its highest level since the Bureau of Labor Statistics started tracking the monthly rate in 1948.

Predictions for the May unemployment rate are even higher.

The projections of homelessness in O’Flaherty’s report, published by the nonprofit Community Solutions, are based on a model that indicated increases in homelessness follow increases in unemployment. Using data from 2007 to 2009, the model found that for every 1% increase in the unemployment rate, homelessness per 10,000 people increased by 0.65.

O’Flaherty based the number of people experiencing homelessness on the Annual Homeless Assessment Report to Congress and looked at projections that estimated that the unemployment rate could reach 16% between July and September.

“If the projections of unemployment being made now turn out to be accurate, and the relationship between unemployment and homelessness follows the historical pattern, and no other major changes occur, that’s what we can expect to happen,” O’Flaherty said.

Millions of people in the US are relying on unemployment benefits after losing their jobs to the coronavirus crisis. Another 3 million new people filed unemployment claims last week, bringing the total number of first-time claimants to 36.5 million since mid-March.

Though those numbers are strikingly high, initial unemployment claims have been falling for two months straight — a relatively encouraging sign, according to economists.

Continuing jobless claims still haven’t leveled off, however. Some 22.8 million people filed for unemployment multiple weeks in a row in the week ending in May 2, slightly up from earlier.

A decrease in continuing jobless claims is important because it could signal that people who lost their jobs during the lockdown are re-entering the labor market as states reopen their economies.