Paris at risk of total lockdown as Europe cases rise 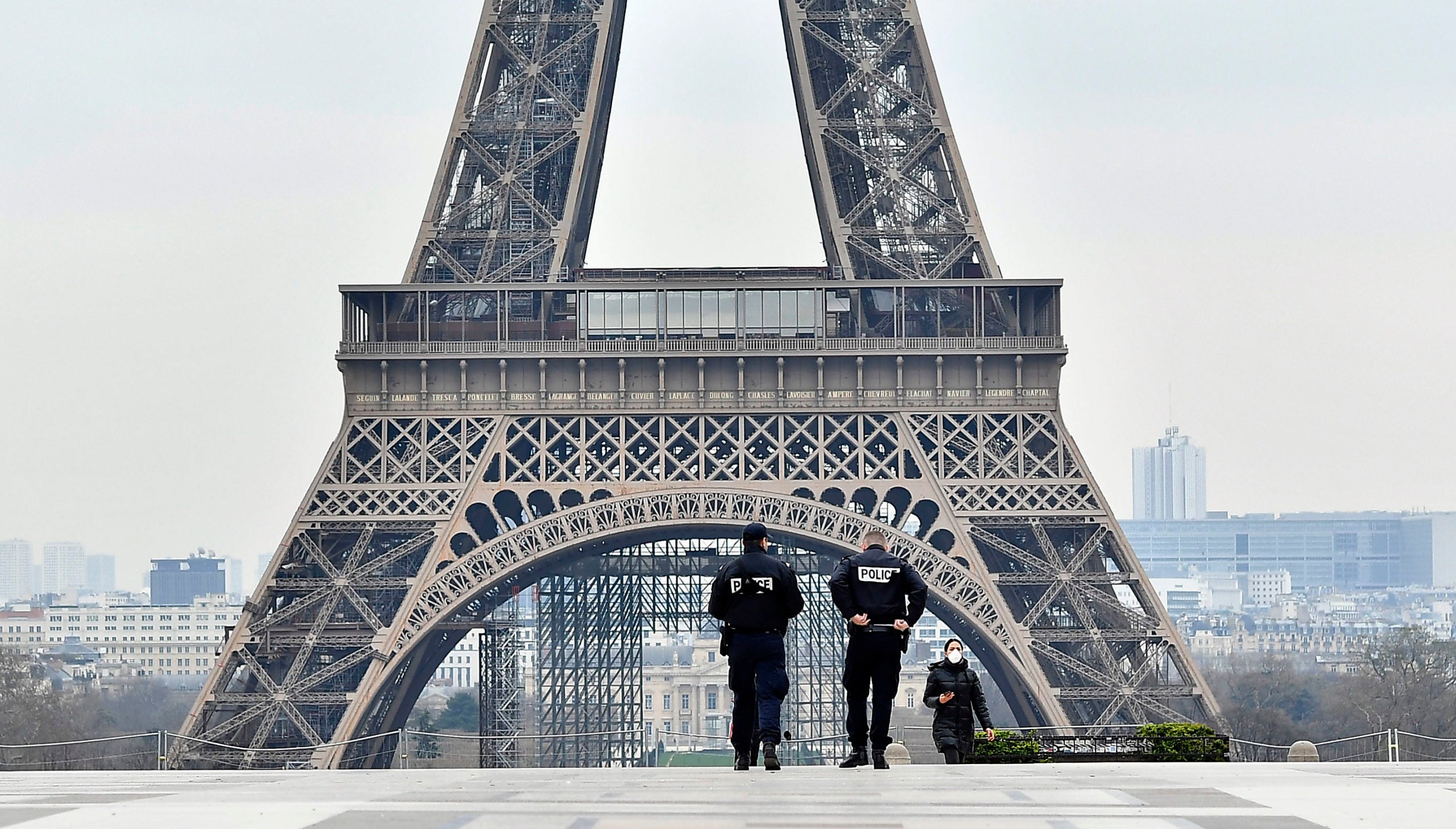 PARIS, FRANCE - MARCH 17: A general view of 2 police officers walking by a woman wearing a mask in front of the Eiffel Tower on an empty Trocadero square on the first day of confinement due to an outbreak of coronavirus disease (COVID-19) on March 17, 2020 in Paris, France. Several European countries have closed borders, schools as well as public facilities, and have cancelled most major sports and entertainment events in order to prevent the spread of Coronavirus. The epidemic has exceeded 5,800 dead for more than 156,000 infections across the world. (Photo by Aurelien Meunier/Getty Images)
by: Emma Reynolds, Barbara Wojazer and Pierre Bairin, CNN
Posted: Oct 2, 2020 / 06:05 AM EST / Updated: Oct 2, 2020 / 06:05 AM EST

(CNN) — Paris is in danger of going back into lockdown next week after the French government said the coronavirus pandemic was worsening in the capital.

“Since yesterday, in the last 24 hours, Paris has passed the threshold that would put it in the maximum alert category,” French minister of Health Olivier Véran said Thursday evening.

France’s “maximum alert” threshold is reached when the incidence rate reaches 250 per 100,000 people, at least 30% of intensive care beds are occupied by coronavirus patients, and the rate among the elderly passes 100 per 100,000.

The Paris region had already fulfilled the last two criteria.

Speaking from Bichat-Claude Bernard hospital in the city, Véran said that if the “evolution” was confirmed in the coming days, “we will not have any choice but to place Paris and its closest suburbs in maximum alert category as soon as Monday.”

“We will re-examine indicators on Sunday, with the Paris mayor and elected officials,” he added.

Aurelien Rousseau, head of the Paris region health authority, told radio station France Inter on Wednesday that 34% of intensive care beds were occupied by Covid-19 patients in the region and the incidence rate for people over 65 was more than 100 per 100,000 inhabitants.

Marseille and France’s overseas department of Guadeloupe are already on “maximum alert,” which meant bars and restaurants were forced to close. The same could apply in Paris, where many business owners fear closure and have been protesting against existing restrictions.

Paris was already on “enhanced alert,” with gatherings limited to 10 people and a 10 p.m. curfew for bars since Monday. The Paris police department said last week that businesses could be made to close if they failed to comply with the regulations.

Masks are mandatory for pedestrians, cyclists and scooter-riders in the region, and must be worn in all enclosed public spaces, including by school students over the age of 11.

The news comes after the Spanish government announced that Madrid was to be put back in lockdown, with people unable to leave or enter the area.

Countries across Europe are re-imposing local lockdowns and new restrictions to fight the second wave of infection sweeping the continent, with households in the north of England banned from mixing indoors and the Dutch government making masks compulsory in all indoor public spaces.