Pentagon warns China is exploiting the coronavirus pandemic to wage ‘economic warfare’ on the U.S. 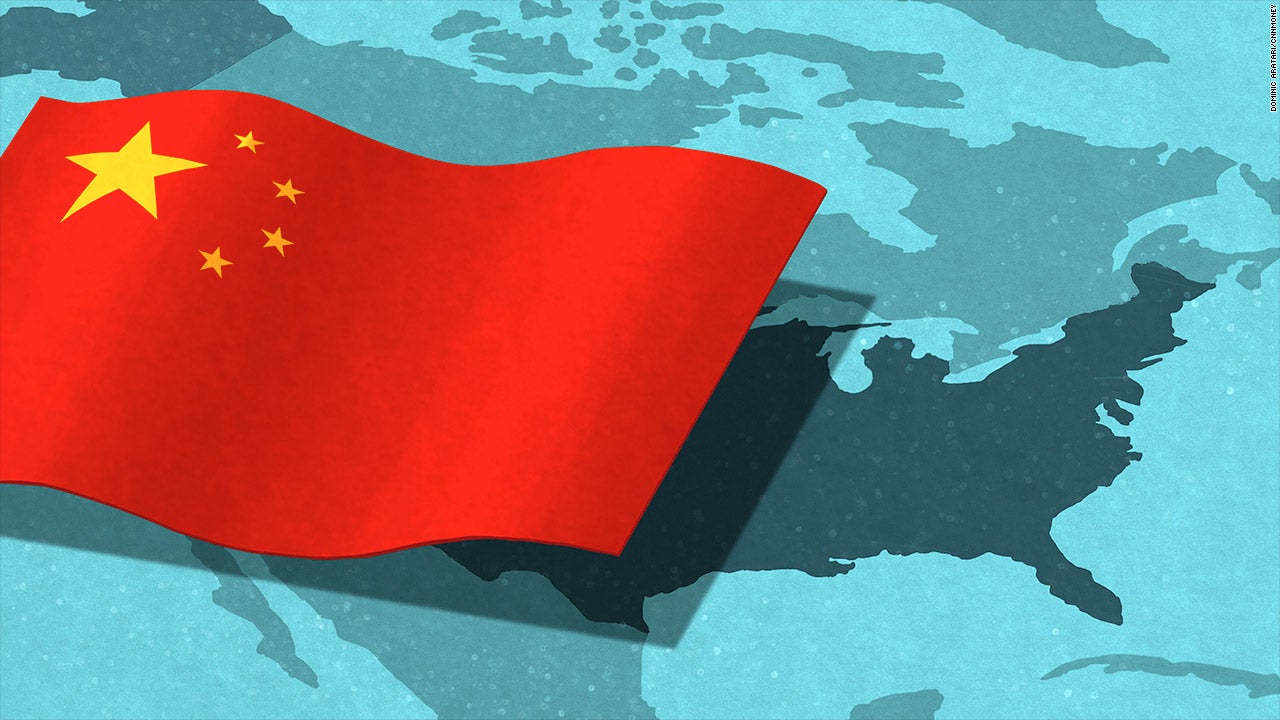 (CNN) — Defense officials are increasingly concerned China is using the coronavirus crisis to gain stakes in strategically important businesses as the pandemic leaves struggling companies urgently in need of capital.

But even as the Defense Department works to improve supply security, procurement experts warn that the Pentagon may not have the visibility required to vet or help protect smaller companies down the chain. They say the job is only getting harder as the pandemic has broadened the definition of national security interests to include medical supplies. And they point to at least one Chinese-owned company that asked to bid on a Pentagon contract.

“We have to be very, very careful about the focused efforts some of our adversaries have to really undergo sort of economic warfare with us, which has been going on for some time,” Ellen Lord, undersecretary of defense for acquisition and sustainment, told reporters in April.

A defense official told CNN that “we are paying close attention to any indicators that China is leveraging COVID-19 to take advantage of a situation where defense companies need capital more than ever.”

The Committee on Foreign Investment in the United States protects against hostile countries gaining ownership in companies that are strategically important to the US. And a 2006 law banned US military use of Chinese-made military equipment, according to Bill Greenwalt, a senior fellow at the Atlantic Council and former Pentagon official who specialized in procurement.

But the pandemic is changing the definition of national security concerns to include drugs, protective gear and medical supplies. “These are now national security needs and we probably should have been thinking about it a long time ago in terms of biowarfare that we should have a trusted industrial base or a set of trusted allies — the UK, or NATO allies or Japan or Korea — who are trusted in that regard,” Greenwalt said.

Chinese-owned firms dominate the market for protective gear and many drug components — and they are already part of the Pentagon’s medical supply chain.

The Pentagon has awarded a contract for pandemic medical supplies to a company that then turned to a Chinese-owned subcontractor as one possible partner. The contract, part of an effort called Project Jumpstart, is meant to speed the public health response when a coronavirus vaccine becomes available.

On May 12, the Pentagon and Health and Human Services Department issued a $138 million contract to ApiJect Systems America to coordinate the production of prefilled syringes in anticipation of a vaccine.

ApiJect then reached out to a number of subcontractors, including Ritedose Corporation, a leading US-based company in the field that was purchased by the Chinese entity Humanwell Group in 2017.

“We understand that ApiJect, to move rapidly on achieving the goals of Project Jumpstart, is reaching out to those domestically based companies that can provide necessary [blow-fill-seal] capability — and The Ritedose Corporation is pleased to be one of these companies,” Ritedose CEO Jody Chastain told CNN.

Chastain said that, “although we have not reached any arrangement or agreement with ApiJect, we certainly would be honored to do so and have our company as part of this effort against COVID-19.” Ritedose is described on the Humanwell website as the “No. 1 in blow-fill-seal (BFS) unit-dose-sterile pharmaceutical manufacturing in the US, with annual capacity reaching 1.8 billion at its state-of-art, South Carolina-based facility.”

Asked whether it reached out to Ritedose in connection with its DoD contract, ApiJect’s director of media relations Steve Hofman told CNN that “in our role in serving the public health in the face of the COVID-19 pandemic, we have reached out to all domestic-based companies that have BFS capability essential to our role to create a domestic-based capacity to produce 100 million individual prefilled syringes as vaccines and therapeutics become available.”

The Chinese embassy did not respond to CNN’s requests for comment.

Lt. Col. Mike Andrews said the Pentagon was aware that ApiJect is “conducting discussions with potential subcontractors but have no reason to consider that ApiJect will not comply with the terms of its prime contract when making subcontract decisions. We will continue to work closely with ApiJect to help provide these essential injection devices to the American people.”

Subcontractors compound the challenge of securing the Pentagon’s supply chain, Greenwalt said, as contractors often “don’t have a good handle on what their third or fourth level suppliers are using in their equipment.”

The Pentagon has been offering tools to help small US businesses defend themselves against adversarial investment, offering a webinar at the end of April for 300 companies on current regulations and tools to fend off unwanted bidders and investors. Much of the effort now grows out of a program that began last year called the Trusted Capital Marketplace.

The Defense Department is partnering with vetted venture capital firms and conducting background checks with other government agencies to ensure transparency about where funds originate and who may be behind investments. It is particularly helpful for small companies and subcontractors that may make sensitive components but are finding it difficult to maintain needed capital during the virus crisis, the defense official said.

President Donald Trump’s trade adviser Peter Navarro published a June 7 op-ed with Fox News saying China has exploited the pandemic to advance its strategic interests, prompting China’s foreign ministry spokeswoman to “advise Navarro to stop playing his old trick of blame-shifting because it will only lead to greater self-inflicted humiliation and further expose his nature as a habitual liar.”

In Congress, concern has mostly focused on Chinese technology, where the risks include “espionage and harmful effects if these things don’t work,” Greenwalt said, there is renewed focus on supply chain security for the active ingredients in drugs and protective gear. Lawmakers are now looking for ways to ensure the US is not dependent on China for either.

Whether it’s a missile guidance component or a vaccine, “the next issue is if you want to surge in this area and you’re dependent on a part from China and can’t surge,” Greenwalt said.

Navarro recently told CNN that in the longer term, especially if Trump wins reelection, the US will likely treat offshore supply chains as national security priorities rather than as simply economic questions. “If we fail to do that in the face of this crisis, we will have failed this country and all future generations of Americans,” Navarro said.

Trump himself has stressed China’s supply chain dominance, saying May 29 that “the pandemic has underscored the crucial importance of building up America’s economic independence, reshoring our critical supply chains.” Secretary of State Mike Pompeo warned US allies again last week to “avoid economic overreliance on China” and “guard their critical infrastructure” from the China’s influence.

‘This is how China operates’

Pentagon officials are now also reaching out to other countries to discuss the risks.

“What I am concerned about is nefarious (merger and acquisition) practices,” Lord told reporters. “We have talked a lot with other nations, particularly in Europe, and we see a lot of shell companies coming in where the beneficial owner ends up being one of our adversaries. I’m particularly concerned about that.”

Dealing with China’s economic pressure will require “multilateral cooperation and work with likeminded democracies,” said Martijn Rasser, a senior fellow at the Center for a New American Security.

He pointed to Europe as a concern, noting reports that China has threatened Germany and Denmark with economic consequences if they do not allow tech firm Huawei — ostensibly a private company — into their markets. Beijing recently slapped 80.5% tariffs on Australian barley exports after Canberra called for an investigation into the pandemic’s origins. When China denied the move was retaliatory, saying that following a two-year inquiry it had confirmed that dumping by Australia had damaged its domestic industry, few took that at face value.

Chad P. Bown, a senior fellow at the Peterson Institute for International Economics, pointed to Australia’s experience with its barley export and said, “this is how China operates and everybody knows it.”

Rasser said China could increase “all these coercive tactics” as economies struggle,” adding that “we don’t want to be in the position where we can be coerced economically by China.”