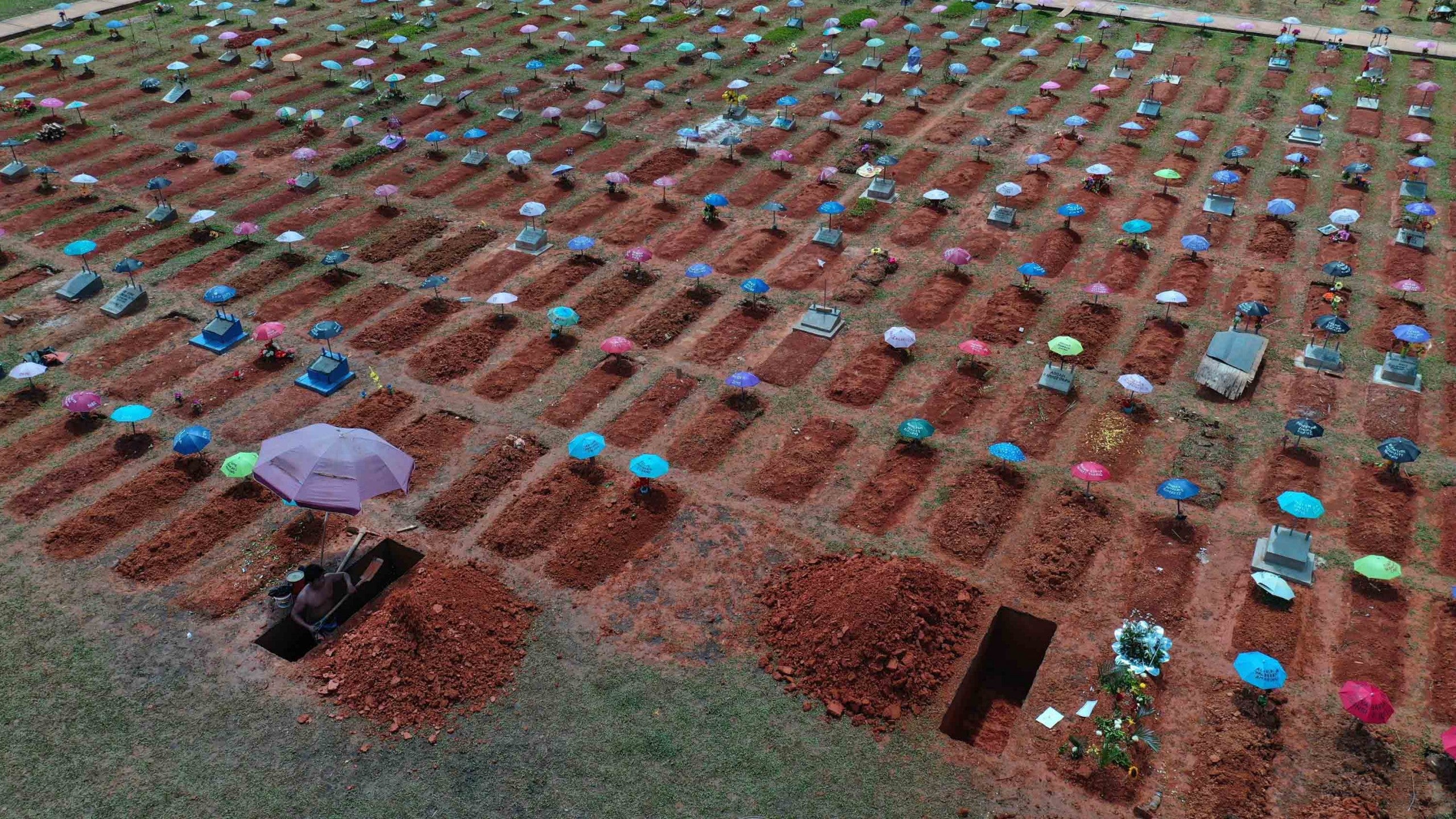 (CNN) — Peru has more than doubled its official death toll from the Covid-19 pandemic following a government review of the figures, leaving the country with the highest coronavirus-related death rate per capita in the world.

Speaking at a press conference on CNN affiliate TV Peru, Violeta Bermudez said the updated figures were based on advice taken from a panel of Peruvian and international experts.

“It [is] our duty to make the updated information public, not only as part of our commitment to transparency, but also to comply with our obligations as a State,” Bermudez said.

Bermudez was joined for the announcement by Health Minister Oscar Ugarte and the group of civil servants and independent professionals who worked to refine the number of deaths.

Ugarte said Peru would immediately implement the methodology recommended by the group in order “to have a daily figure which more closely reflects the reality of what is happening with the pandemic in our country.”

Peru is one of the worst hit countries in Latin America, with a crippling fresh wave of cases at the beginning of the year pushing doctors to breaking point and causing a critical shortage of intensive care unit beds. In late May, Peru extended a state of emergency and nationwide lockdown until the end of June, Reuters reported.

The announcement of the review comes just days before Peruvians head to the polls for the second round of presidential elections on Sunday. Peruvians cast their ballots in the first round back in April, where they were asked to choose the country’s fifth president in just four years, and voters have been left disillusioned by the political class following a spate of corruption scandals.

The region reported over 1.2 million new Covid-19 cases and 31,000 deaths for the week prior — figures that remain unchanged over the last few weeks, Etienne said, before adding that the data showed “Latin American countries also represented the top five highest mortality rates worldwide.”

Regarding the slow vaccination rollout in the Americas, the PAHO’s director called on the global community once again to help expand the region’s vaccine coverage.

“In our region of nearly 700 million people, just 37 million have been fully vaccinated against Covid, I hope you agree that this is completely unacceptable.”

Covid-19 vaccines in Latin America are in perilously short supply. Etienne previously told reporters on May 19: “Indeed just 3% of Latin Americans have been fully vaccinated against COVID-19 and we still have a long way to go to ensure that everyone is protected.”

Separately, WHO warned Monday it would be a “monumental error” to think the danger of Covid-19 has passed.

“The reality is, we still have a lot of work to do to end this pandemic,” WHO Director-General Tedros Adhanom Ghebreyesus said during the closing of the 74th World Health Assembly.. “We’re very encouraged that cases and deaths are continuing to decline globally, but it would be a monumental error for any country to think the danger has passed.”

The way out of the pandemic, he said, is tailored and consistent use of public health measures, alongside equitable vaccination.

Tedros urged member states to commit to supporting targets of achieving at least 10% of the population of all countries vaccinated by the end of September, and at least 30% by the end of the year.

“One day — hopefully soon — the pandemic will be behind us, but the psychological scars will remain for those who have lost loved ones, health workers who have been stretched beyond breaking point. and the millions of people of all ages confronted with months of loneliness and isolation,” he said.