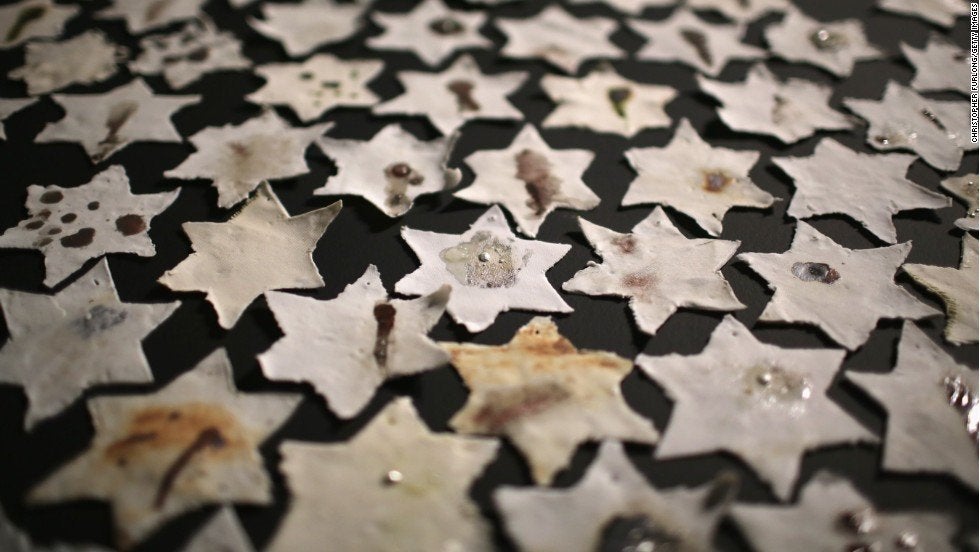 An Alaska state lawmaker apologized Sunday for comments he recently made likening new health safety measures being used in the statehouse to how Jews were labeled with a Star of David by Nazis during the Holocaust.
by: Devan Cole, CNN
Posted: May 17, 2020 / 06:21 PM EST / Updated: May 17, 2020 / 06:28 PM EST

(CNN) — An Alaska state lawmaker apologized Sunday for comments he recently made likening new health safety measures being used in the statehouse to how Jews were labeled with a Star of David by Nazis during the Holocaust.

In an email sent Friday to every member of the Alaska House of Representatives, Republican state Rep. Ben Carpenter took issue with the new measures, which require lawmakers to “undergo a health screening. Those who pass the screening will be asked to wear a sticker,” according to the Anchorage Daily News.

“How about an arm band that won’t fall off like a sticker will?” read the email, according to the Daily News. “If my sticker falls off, do I get a new one or do I get public shaming too? Are the stickers available as a yellow Star of David?”

The email was first reported by the Alaska Landmine. CNN has not independently verified the email.

Carpenter explained and apologized for his comments in an opinion piece published Sunday in Must Read Alaska, writing, “It was not my intent to be offensive.”

“I take my responsibility as the voice of the people who elected me very seriously. I also hold the Jewish people in the highest regard. I do not take myself so seriously that I cannot recognize that the words I wrote, and those attributed to me, do not adequately reflect the esteem I hold for either group of people,” he wrote.

When CNN reached Carpenter for comment on Sunday, he referred to the op-ed.

The newspaper said Carpenter’s emailed comment was criticized by two Jewish members of the House who both included every member of the body in their responses.

“Ben, This is disgusting. Keep your Holocaust jokes to yourself,” wrote state Rep. Grier Hopkins, a Democrat, according to the newspaper.

Democratic state Rep. Andy Josephson wrote in his email that “I don’t think a tag that we’re cleared to enter the building is akin to being shipped to a concentration camp,” according to the Daily News. “It’s more akin to needing a boarding pass when you get through (the Transportation Security Administration.) This is that.”

Josephson told CNN on Sunday that Carpenter’s “analogy was awful” and that his comments “were extreme hyperbole.”

The new health measures were also criticized by Republican state Rep. Sarah Vance, according to the Daily News, who said in an email to Hopkins, “We should all be concerned about the implications of being labeled as ‘non compliant’ or wearing a badge of ‘compliance.'”

Carpenter also claimed last week, according to the Daily News, that Adolf Hitler was not a white supremacist, saying that the late Nazi dictator’s fear of a “Jewish nation” is what led to the Holocaust and tacitly suggested that coronavirus patients could be “rounded up and taken somewhere” like Jews were during the Holocaust.

“Can you or I — can we even say it is totally out of the realm of possibility that COVID-19 patients will be rounded up and taken somewhere?” Carpenter told the newspaper in an interview with the organization about his email. “People want to say Hitler was a white supremacist. No. He was fearful of the Jewish nation, and that drove him into some unfathomable atrocities.”

The Holocaust, which resulted in the death of millions of Jews, racial and ethnic minorities and other groups was carried out by Nazis, who rose to power in 1930s Germany. Nazis “believed that Germans were ‘racially superior’ and that the Jews, deemed ‘inferior,’ were an alien threat to the so-called German racial community,” according to the United States Holocaust Memorial Museum.

According to the Daily News, Carpenter later told the newspaper that “Hitler wasn’t fearful of a Jewish nation because there was not one. The point was that it was fear that drove him.”

In his op-ed, the lawmaker appeared to change his position on the matter, writing: “I know that white supremacists like Adolf Hitler are fearful bullies who must be exterminated from the face of the earth.”

Alaska currently has more than 380 confirmed cases of coronavirus and 10 reported deaths from the virus, according to the latest data from Johns Hopkins University.